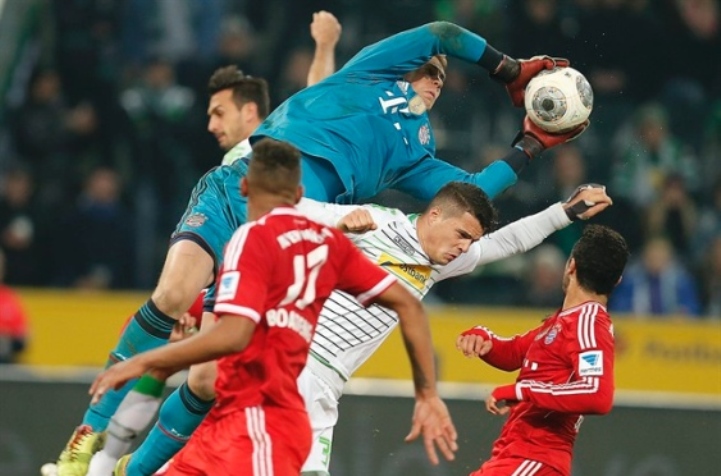 Pep Guardiola says Bayern Munich will know exactly where they stand in the next ten days as they prepare to face their main Bundesliga rivals Borussia Moenchengladbach away on Sunday.

German league leaders Bayern are at second-placed Gladbach in the weekend’s key Bundesliga clash, then host last season’s runners-up Borussia Dortmund, who are struggling this season in the league next Saturday.

Bayern also face Hamburg away in the second round of the German Cup on Wednesday, then host Roma on November 5 in the Champions League.

A home win over the Italians would confirm Bayern’s place in the knock-out stage and conserve the Bavarians’ 100 percent record in the competition having routed Roma 7-1 in a record victory last Tuesday.

But Guardiola says Bayern can take nothing for granted, despite being four-points clear in the league, and warned his star-studded squad to put in the work in training.

“The next ten days are the most important of the first part of the season,” said Guardiola, who won last season’s Bundesliga with Bayern in record time.

“After that we will know which level we are at.

“Now everyone needs to work hard to get a place in the team, they have to show on a daily basis that they are ready to play.”

Gladbach are one of only four unbeaten teams in the Bundesliga after eight games.

“They are a team who can play in the Champions League,” said the Spaniard, adding ‘Gladbach boss Lucien Favre is a “super coach”.

Bayern had four days rest before the match at Gladbach, while the hosts had just two days to get over their 5-0 drubbing of Apollon in the Europa League, but Guardiola played down the significant advantage.

“When you play against Bayern Munich then all the tiredness is gone, I am 100 percent certain that they will put in a good performance,” said Guardiola.

He added, though, Sunday’s game will decide nothing, even if Bayern further extend their lead in the table.

“Stay calm,” he told reporters, “we’re only in October.”

Moenchengladbach are at full strength while Guardiola has several top players on the long-term injured list.

Thiago Alcantara underwent knee surgery for the second time on Thursday while Germany captain Bastian Schweinsteiger is slowly working his way back to fitness after a knee problem. – Agence France-Presse