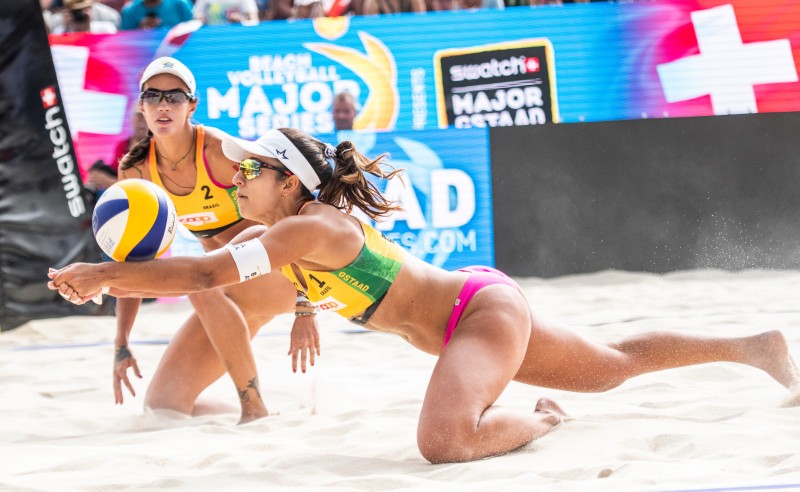 Following the footsteps of a successful 2019 season, the beach volleyball elite will return once again to three of the most iconic locations for the sport in Europe. Stops in Gstaad (July 7-12), Vienna (August 12-16) and Hamburg (August 19-23) will draw thousands of fans to the Red Bull Beach Arena (2019: 300,000 visitors). Goosebumps will be guaranteed when the top players in the planet will battle an incredible prize money of 600.000 USD.

With the Olympic beach volleyball tournament set to take place in Tokyo between July 26 and August 8, some of the Beach Majors Series had to be moved from their traditional dates, but there will be an Olympic feeling to each of them as the Gstaad Major will be one of the last opportunity for Olympians to fine tune their games heading to Tokyo while the A1 Major Vienna and Hamburg Major will be the first chances to see the newly-crowned Olympic champions in action.

The 2020 Beach Major Series season will start 1,000 meters above sea level as the picturesque Swiss Alps village of Gstaad will host a beach volleyball tournament for the 21st-straight season. The last two editions saw the same men’s team, the one of Norwegian stars Anders Mol and Christian Sørum, take the cowbells home, but the women’s event has had a different winner in each of the last four seasons, including the reigning champions, Americans April Ross and Alix Klineman.

Four days after the Tokyo Olympic champions are determined the best players in the planet will be in Vienna, for the second Major of the season. The Austrian capital joined the calendar for the first time in 2017, when it hosted the World Championships, and it has quickly become one of the premiere stages for the sport with its majestic setup at the Danube Island. Mol and Sørum will be looking for a hat-trick here too as they won both the 2018 and 2019 editions while Canadian world champions Sarah Pavan and Melissa Humana-Paredes will defend their title among the women.

The season will come to an end at the iconic Rothenbaum stadium in Hamburg. The German city will host a Major event for the first time since 2016 but it has turned into a staple in the international calendar over the last three years by hosting the World Tour Finals in both 2017 and 2018 and the World Championships in 2019, which saw Pavan/Humana-Paredes and Russians Oleg Stoyanovskiy and Viacheslav Krasilnikov claim gold and book their places at the Tokyo 2020 Olympics.

Goosebumps don’t lie – See you at the beach!