Home 2019 SOJC – Sushi delight as Japan put themselves in line for historic... 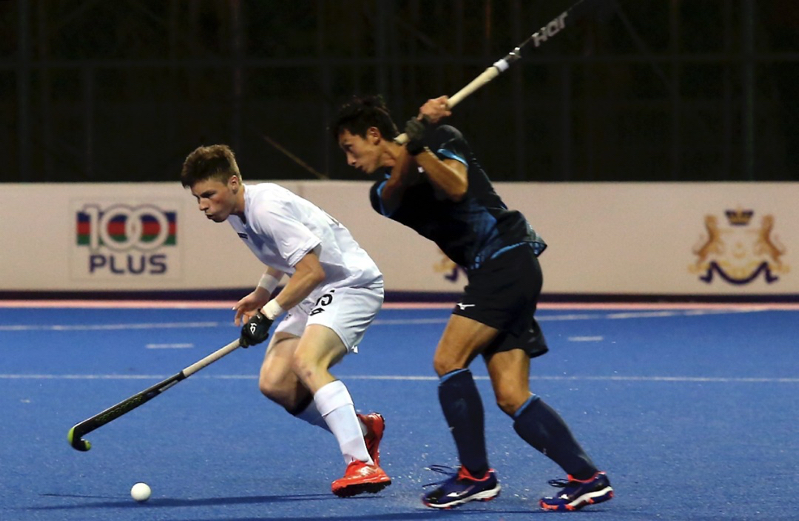 They have turned out to be the surprise package in the 9th edition of the Sultan of Johor Cup Under-21 Invitational hockey tournament and Japan staged a remarkable fightback to beat New Zealand 4-2 in the last match of the day on Wednesday.

The Japanese could well be playing in their first final in the annual tournament but much will depend on the outcome of Friday’s final matches in the round-robin matches when they Malaysia.

The speedy and disciplined Japanese have earned themselves huge supporters at the Taman Daya Hockey Stadium in Johor Bahru. They are a delight to watch as seen in their come-from-behind 4-2 win over New Zeland – a day after they shocked two-time champions and last year’s runners-up India 4-3 for their first win.

Japan now has six points and is third behind India and Great Britain who have nine points each, separated by goal difference.

It was a convincing win by the Japanese over the Kiwis who destroyed Malaysia 6-0 in their previous game. Expect a rough ride for Malaysia against Japan on Friday.

The Japanese came back twice. New Zealand went ahead in the 12th-minute through Maks Wyndham-Smith but Japan hit back fast with a penalty corner goal by Keigo Tamura.

The Kiwis went ahead again in the 19th minute with Charl Ulrich hammering the second for a 2-1 lead at halftime.

Tamura completed his brace on 32 minutes to put Japan and New Zealand all square at 2-2. Riku Tamura got into the scoring act a minute later for a 3-2 lead for Japan. A well-executed field goal completed the scoreline for Japan.