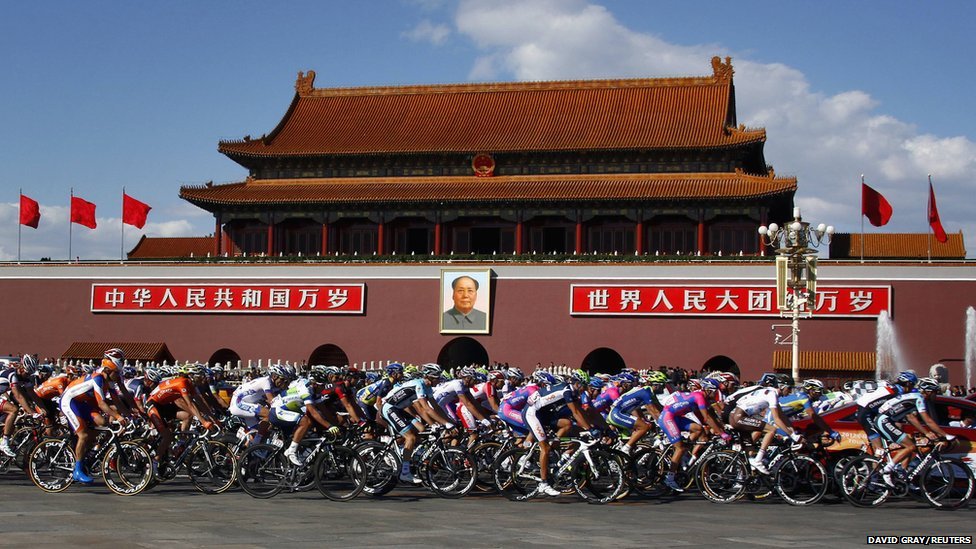 Heavy air pollution forced Tour of Beijing organisers to slash the cycle race’s second stage by about a quarter on Saturday following complaints from riders.

Belgium’s Philippe Gilbert surged into the lead on the curtailed stage, which was planned to run 147.5 kilometres (92 miles) from Chongli to Yanqing on the outskirts of Beijing.

But after days of thick smog in the Chinese capital, organisers ended the stage 36 kilometres early at the 111-kilometre mark, “due to weather in Yanqing”.

“Air quality in Beijing has been very poor in the past few days and this has spread to surrounding areas including Yanqing,” read the race’s official Twitter feed.

Saturday’s hilly stage stretched through an area which is part of Beijing’s bid to host the 2022 Winter Olympics.

The decision to reduce the race may concern footballfans with heavyweights Brazil and Argentina due to clash in a “Super Clasico” friendly in Beijing later on Saturday.

“We spoke together with the organisation, UCI, and everyone agreed that we should cancel the last 30K,” he said. “I think it was a good decision.”

“This means a lot, because a lot of times in the past … they didn’t listen to us,” he added. “And today, we did a big step in our sport, I think.”

The first stage took place Friday in rolling hills well to the north of the city, and under often blue skies with clear visibility.

But Saturday’s course saw the riders make their way closer to the Chinese capital, which has been shrouded by pollution more than 20 times over recommended maximum levels.

The race, the final WorldTour event of the season, is being run for the last time, and has also been overshadowed by some top-level withdrawals including Tour of Spain winner Alberto Contador. – Agence France-Presse