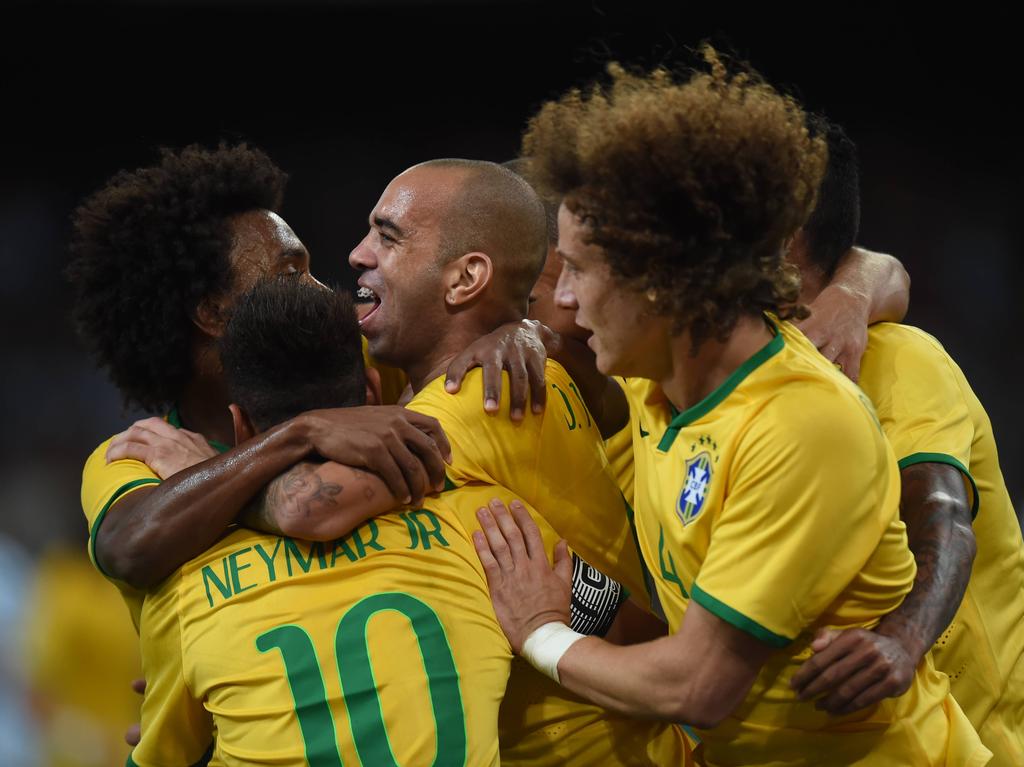 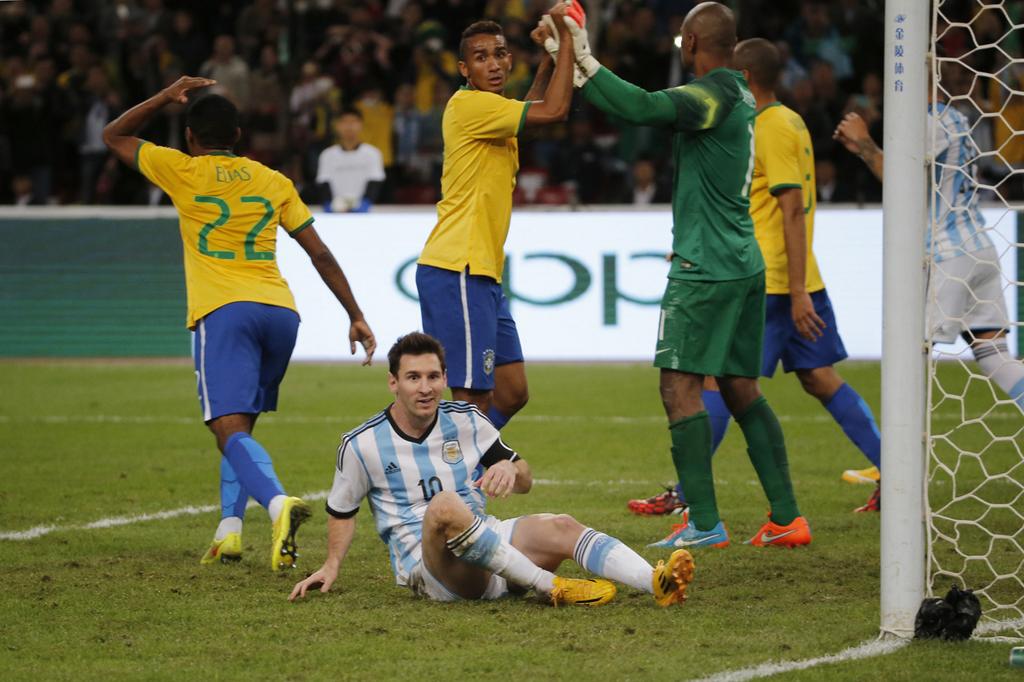 Lionel Messi missed a first-half penalty as Brazil beat Argentina 2-0 in a fiercely contested “Superclasico” friendly in Beijing on Saturday.

Journeyman Diego Tardelli was the unlikely hero with his first two goals for Brazil as Messi fluffed his lines with a tame spot-kick at the Bird’s Nest stadium.

Tardelli was on target again in the second half as Brazil restored pride after the World Cup, when the hosts were hammered in the semis while Argentina reached the final.

“Brazil are the best team in the world with a great tradition,” beamed their coach Dunga, who is rebuilding following the 7-1 World Cup semi-final defeat to Germany.

“We have no big players, we are now acting as one team… The whole team is evolving, including me.”

Dunga brought on former national hero Kaka for a late cameo and he indicated the Sao Paulo FC midfielder could be set for a more regular role after 18 months on the sidelines.

“We need Kaka’s speed and control, he is an important part of our team,” he said.

Fears over Beijing’s choking smog had dominated the build-up but in a relief to players and organisers, air quality and visibility lifted on a breezy day in the Chinese capital.

Argentina were on top early in the match and Sergio Aguero fired an inviting chance over the bar before Angel Di Maria threatened with a drive from distance.

But it was Tardelli who broke the deadlock when he pounced on a loose ball and volleyed past Argentina goalkeeper Sergio Romero on 28 minutes.

Brazil superstar Neymar should have made it 2-0 shortly afterwards but after wriggling his way free on goal, he made a hash of his shot and the ball rolled harmlessly wide.

The game had come alive and Argentina got a golden chance to equalise when Danilo was judged to have fouled Di Maria in the box, prompting angry Brazilian players to surround Chinese referee Fan Qi.

Messi looked certain to bury the spot-kick but the four-time world player of the year shot too close to Brazilian ‘keeper Jefferson, who dived to his right for a simple stop.

It was the Barcelona icon’s second penalty miss in two weeks after he also miscued one for his club last month against Levante.

Filipe Luis and Di Maria had chances at either end as the second half started energetically, and Oscar went close with a free kick after Martin Demichelis chopped down Neymar.

But again Tardelli was in the right place at the right time as he nodded in Oscar’s cross at the back post to give Brazil breathing space on 64 minutes.

Tardelli was eventually replaced by Kaka, who drew a huge roar when he came on in the final minutes to end his prolonged spell in the international wilderness.

And there was time for Neymar to twice go close before Brazil were able to celebrate their win in front of more than 50,000 fans at the 2008 Olympic stadium. – Agence France-Presse