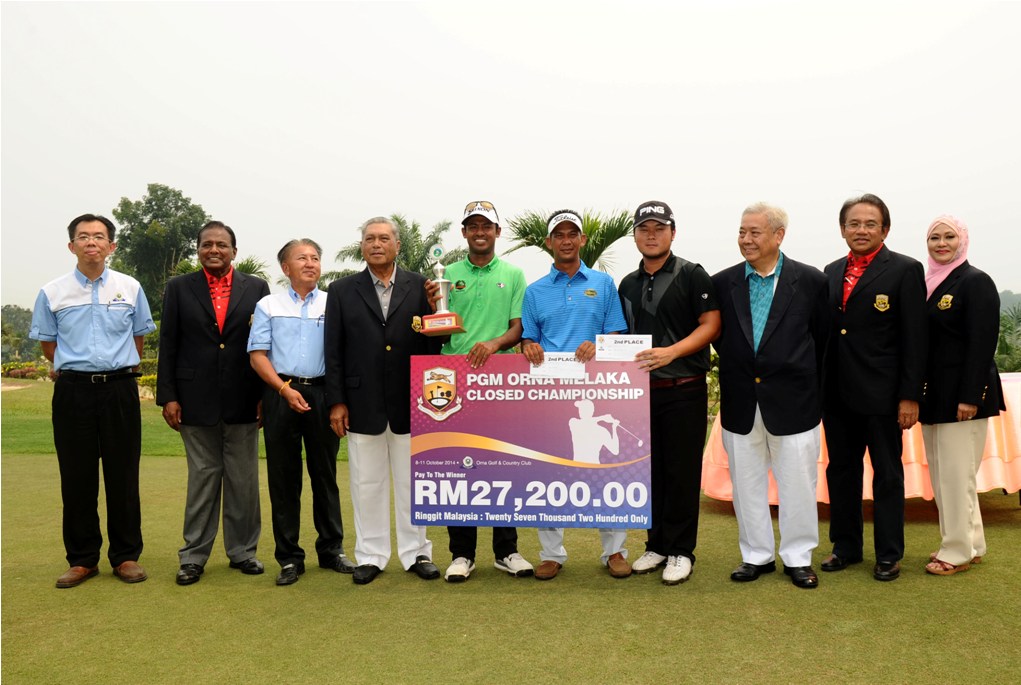 Shaaban Hussin kept his run of winning at least once a season on the Professional Golf of Malaysia (PGM) Tour when he clinched the RM160,000 Orna Melaka Closed Championship at Orna Golf & Country Club in Jasin, Melaka today.

The 34-year-old, who hails from Perak and now resides in Kuala Lumpur, carded a fourth round one-under 71 for an eight-under-par 280 total and three-stroke win.

In the final analysis, it was the least Shaaban deserved after going into the last day with a two-shot advantage over the field, having secured a share of top-spot at the halfway stage.

“I played well this week, although at the end of the round today I gave back a couple of shots. But at that stage it was about playing safe as I had a five-stroke cushion coming into the last few holes,” said Shaaban, in reference to his bogey-bogey finish.

“I am also very happy to have won here in Melaka as I have come close a few times recently but wasn’t able to close the tournament. Here I did it and it is really very satisfying.”

For Shaifubari this was his second runner-up finish this season and one that he was pleased with.

“I performed a lot better than I expected to this week. I had nine birdies in my second round (offset by a double-bogey and three bogeys) and today I finished with a 71. So overall, I’m happy with how I played,” said the player, whose one and only victory on the PGM Tour came at Harvard in 2012.

“I had a couple of good events this season so I am confident that if I can put together four good rounds, I could maybe win a second PGM title – that’s my goal.”

Speaking of game, Shaifubari said his short-game and putting were in good nick and added that he needed to work on improving his driving.

“My putting, especially, was very good this week,” said the soft-spoken Shaifubari.  Nachimuthu (73), who showed flashes of his good early season form this week, finished fourth on 284, while Nicholas Fung (73) was fifth on three-under, a shot further back.

Hans Jamil closed with a 70 for sixth place on 286 with first round leader Nicholas Pua (73) seventh, another stroke adrift.

The next stop on the PGM tour is the RM170,000 PGM Asean PGA PD Championship at Port Dickson Golf & Country Club in Port Dickson, Negeri Sembilan from October 15-18.