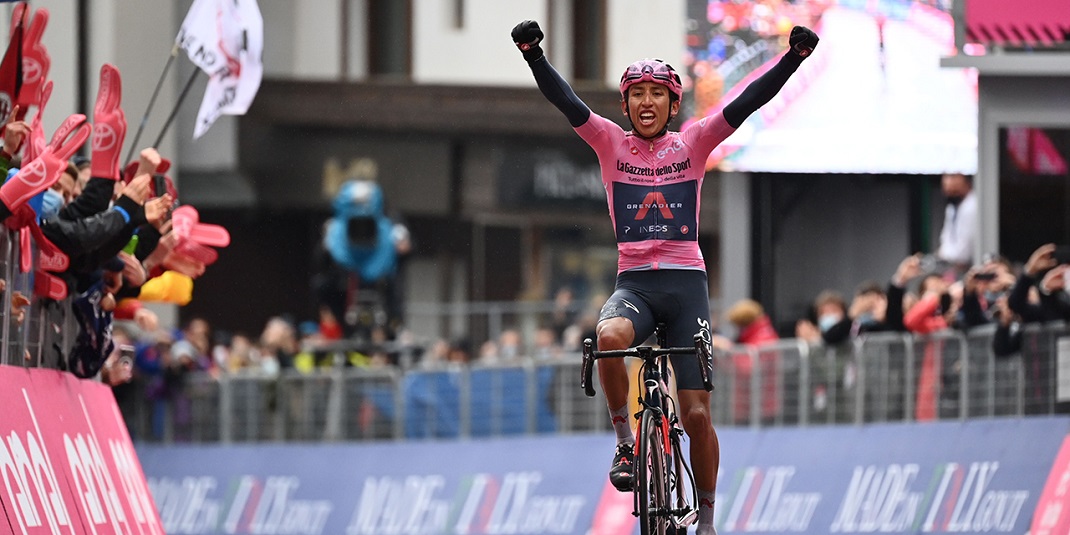 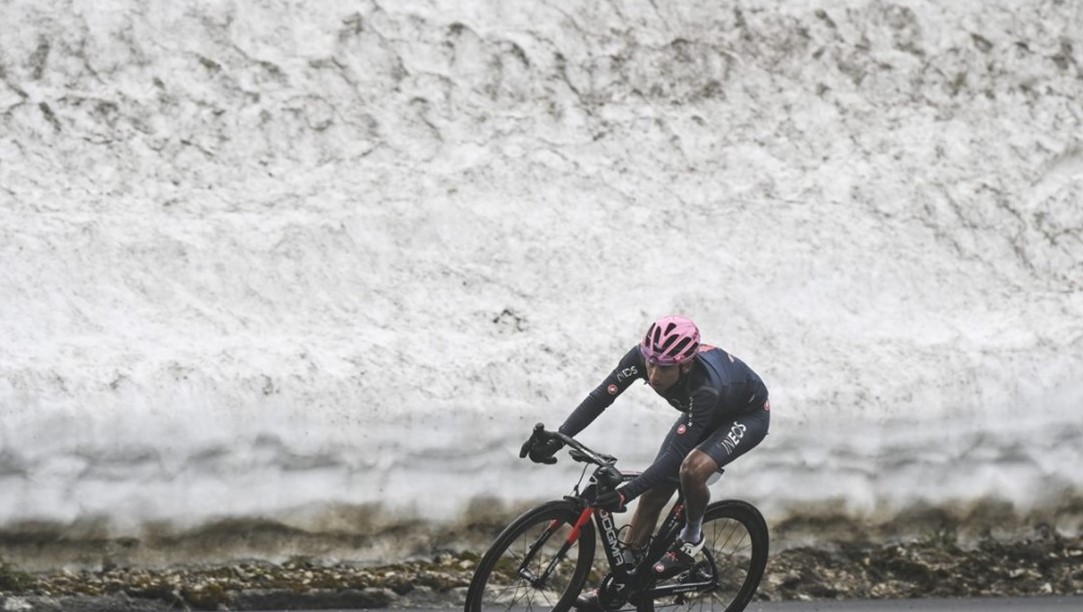 Egan Bernal took off his rain jacket to show his Maglia Rosa and make a statement as he crossed the finishing line of Cortina d’Ampezzo. The race leader soloed to victory today in the famous ski resort of the Dolomites ahead of the second rest day tomorrow.

Romain Bardet and Damiano Caruso rounded out the podium with the Italian moving up to second overall with a deficit of 2’24’’ from the Colombian. In a stage that was shortened and deprived of the Passo Fedaia and Passo Pordoi, Bernal attacked with 22km to go on the Passo Giau, newly instated as the Cima Coppi [the highest peak of the Giro].

He went on to ride to glory by himself after the 24 members of a front group comprising Vincenzo Nibali, Joao Almeida and Davide Formolo were caught one by one.

Data collected by Velon’s devices on the riders’ bikes tells the story of key moments of the stage. A graphic with today’s data can be found here.

The quote form the Maglia Rosa

Second stage win for Egan Bernal after taking Stage 9 to Campo Felice on the occasion of the 2021st stage in the history of the Giro d’Italia. It’s the 31st stage victory and the 23rd Maglia Rosa for Colombian riders.

The last rider to win a stage while wearing the Maglia Rosa was Simon Yates at Sappada in 2018.

First ever stage podium at the Giro for Romain Bardet who has done so nine times, including three stage wins, at the Tour de France before.

For the first time in his career, Damiano Caruso is second in the GC of the Giro d’Italia. Vincenzo Nibali, the overall winner in 2016 and second in 2019, is the only other Italian to have been in the top 2 after Stage 16 in the past five editions of the Corsa Rosa.Speaking at the press conference, the stage winner and Maglia Rosa Egan Bernal said: “I didn’t know what would be best for us today: a shortened stage or not. It might have been easier to control a long stage. We were ready for anything and it went well for us at the end. We did what we had to do. It was the queen stage so I had been thinking about it for a couple of days. I wanted to do something special today. You don’t win every day and you win even less often wearing the Maglia Rosa, so I knew I had a bit of time to take my rain jacket off. I had to do it. I’ve said a few times that the Maglia Rosa reminds me of Marco Pantani. I don’t have any photos of myself at home but I have a caricature of him, it’s the only picture of a cyclist at my house! Now with a 2’24’’ lead, even if I have a more difficult day in the mountains, I should be able to handle the situation.”