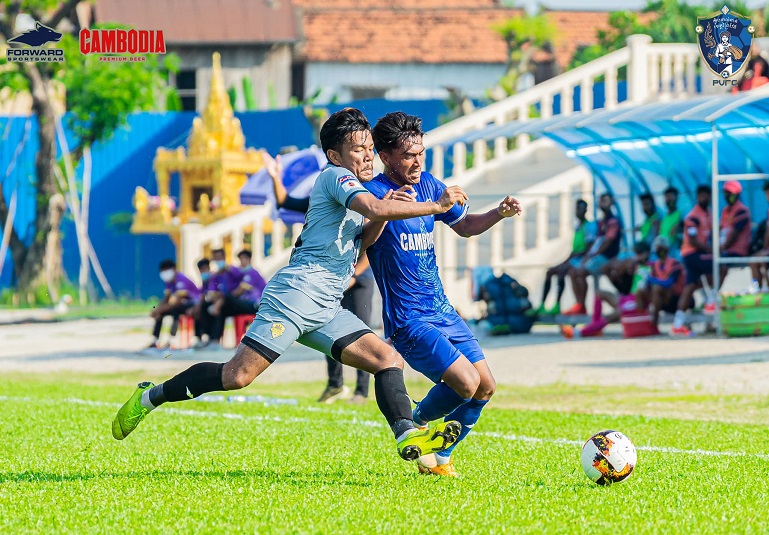 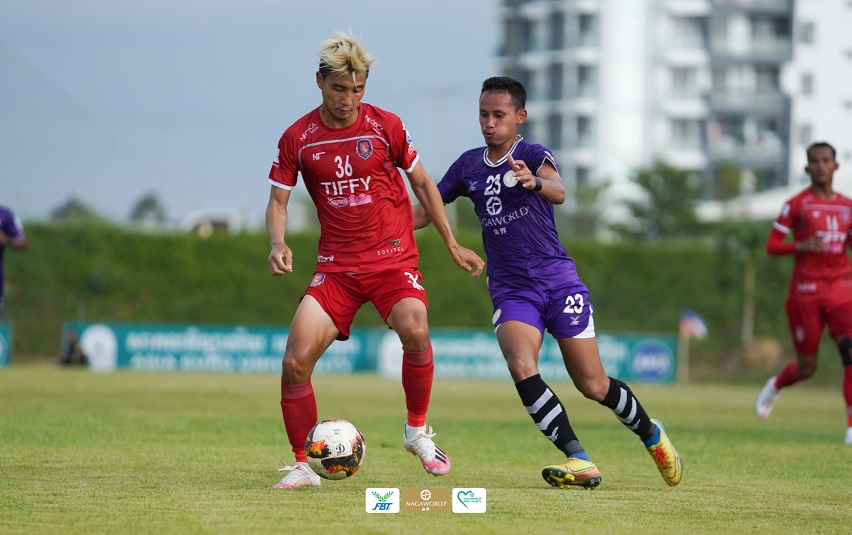 Prev Veng FC scored one of the biggest wins this season when they whipped Soltilo Angkor 6-0 on their return to action in the 2021 Metfone Cambodian League this week.

After more than a month’s break, Prey Veng got down to work against Soltilo yesterday and they certainly did not show any rust when they raced to a 3-0 lead at the half, off goals from Va Voeun in the 27th minute, Rina Ky (32nd) and Sin Sovannmakara (45th).

Soltilo then tightened up their game after the break but they still could not fend off Prey Veng from adding three more goals right at the end with a double from Ontoch Ath (87th and 89th minute) and Nora Leng (89th).

In the other two matches played a day earlier, Visakha FC held Police Commissary 1-1 while Nagaworld FC could not get past Tiffy Army FC when both teams battled to a 2-2 draw.