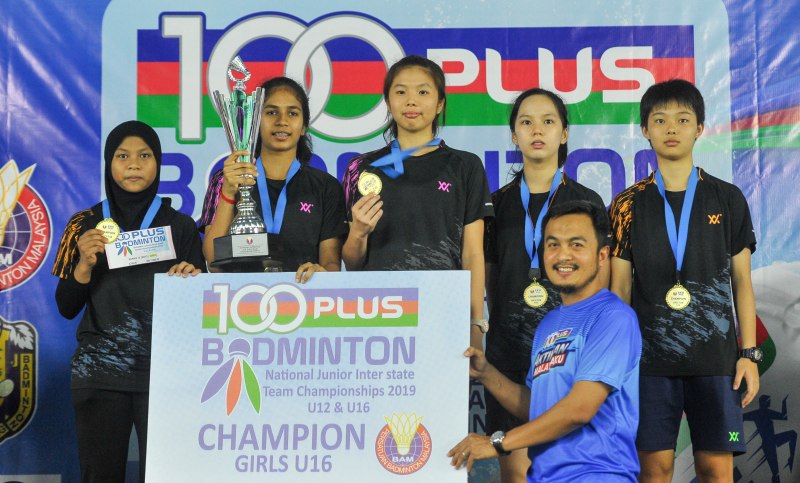 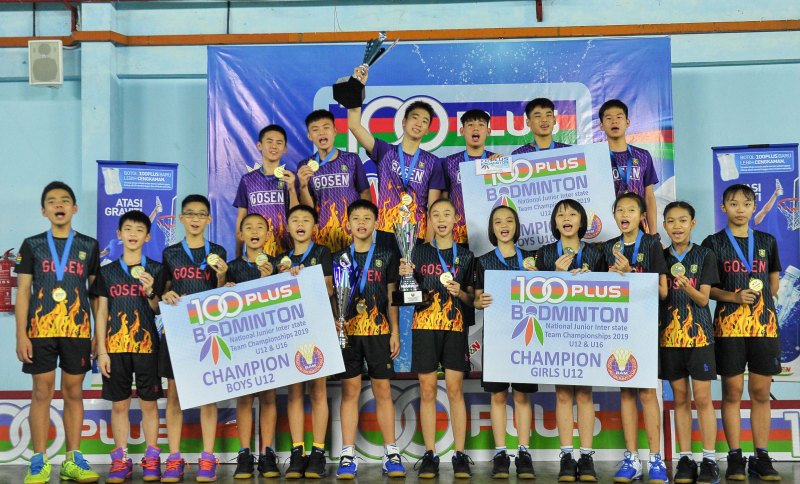 It was the perfect gift for birthday boy Ong Zhen Yi as he delivered the winning point for Penang U-16 team to win 2-1 against Kuala Lumpur in the final of the 100LUS National Interstate U-12 & U-16 Championships 2019 here at the Bukit Dumber Badminton Hall.

Zhen Yi who celebrates his 16th birthday today, won in straight sets against Hooi Shao Herng (21-13, 21-15) for Penang to defend the title which they won in Kelantan last year.

The team however was forced to make a comeback after their first singles Samuel Lee was outplayed by Kuala Lumpur’s Justin Hoh (17-21, 8-21), but the doubles saw the pair of Goh Boon Zhe/Rayner Beh Chun Meng raised their game to eventually  win against the favourite Bryan Jeremy Goonting/Muhammad Fazriq Razif (21-17 14-21 21-18).

It was a dramatic end-to-end games and the doubles game was the turning point as it was dragged into rubber sets. Penang eventually trumped against Kuala Lumpur.

U-16 Girls, Selangor finally emerged champion after they were made to sweat by Johor after winning 2-1.

The Penang team was third in Kota Bharu, Kelantan last year and Selangor was the champion while Johor came in second. 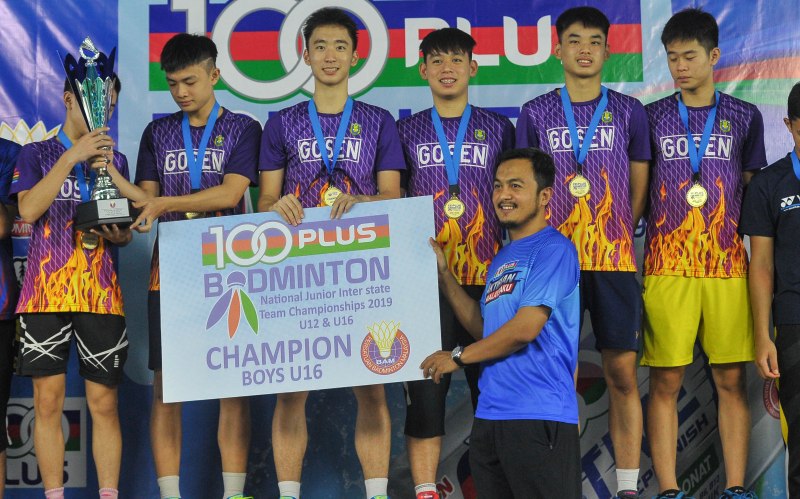 The Girls defended their title which they won last year.

For third and fourth placing, the U-16 Boys Perak created an upset by winning against Selangor by 2-1 and grabbed the number three spot after Anson Cheong started the ball rolling by defeating Chua Kim Sheng (21-12, 21-9) in the first singles.

While in the U-16 Girls, Penang salvaged a third place finishing by defeating Kedah 2-1 in a thrilling game. The Islanders went ahead when Khor Jing Wen ousted Lim Qian Thong (21-16, 21-8).

And in the Girls category, Selangor also recorded an aesy win against Pahang by 2-0 after their girls won both the singles and doubles. Nilasha Kalishvaran swept aside challenge from Nisa Farina Nordin (21-7, 21-16) and Carine Tee Xin Qi/E-Shwen Sheyeon Wong defeated Cheok Xin Yi/Chleo Yeo Feng Yun in three sets (21-17, 13-21, 21-18).