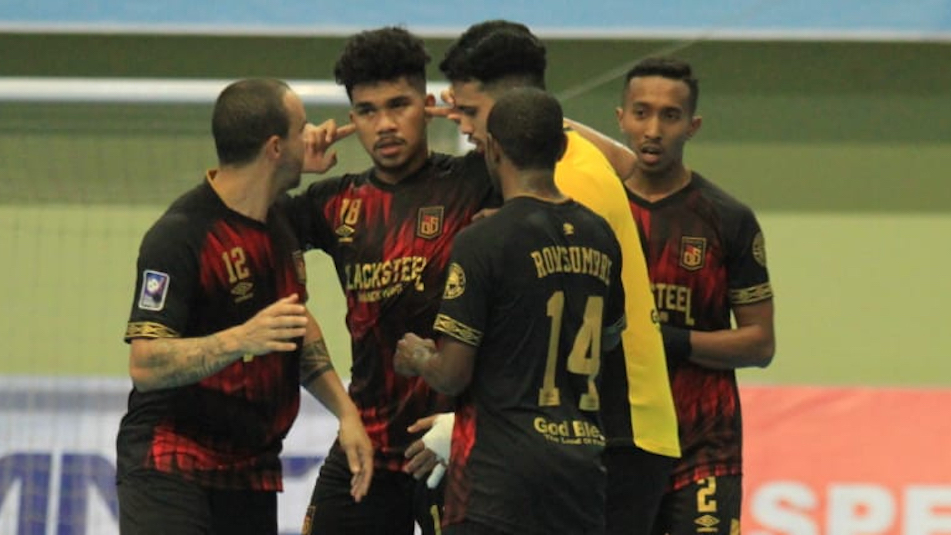 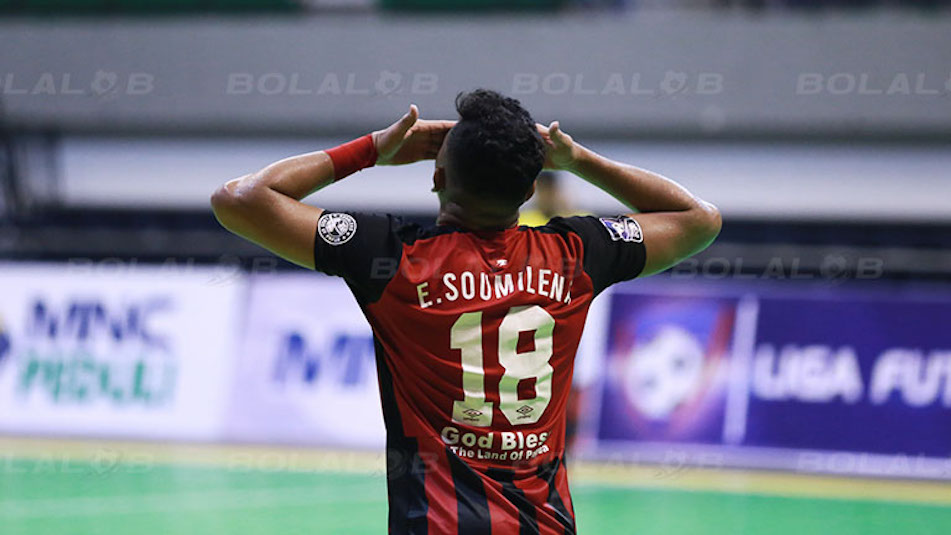 Black Steel Manokwari picked up only their second title of the Pro Futsal League (PFL) when they put up a stirring performance to bury SKN FC Kebumen 6-2 in the final that was played at the GOR UNY Yogyakarta.

It was a very fierce fight right from the onset, but Black Steel seemed to have the edge in spite of the heroics of SKN goalkeeper Krisna Bramenta throughout the exchange.

Following SKN failed early attempt at powerplay, Black Steel finally broke through in the 9th minute through Holypaul Septinus Soumilena or Evan as he is more fondly known as.

But SKN did not take too long to respond when Anton Cahyo slotted home the rebound two minutes later.

Black Steel were back in front in the 16th minute through Mikus Tanu as Evan again broke through a minute later to put the score at 3-1 at the half.

SKN’s power play into the restart failed to have the desired effect as Evan’s acrobatic finish in the 28th minute completed his hat-trick and also put Black Steel 4-1 in front.

Three minutes later, Diego Rodrigo capitalised on a defensive lapse to put Black Steel 5-1 as SKN finally managed to grab their second of the afternoon through Anton’s 37th minute effort.

But Black Steel would have the final say in the game with a fine finish from Pieter Marchelino for the 6-2 win and land their second title they last won in 2016.

In the meantime, Bintang Timur Surabaya (BTS) came in third in the PFL2020 when they dumped defending champions Vamos Mataram 9-4 in the classification match.