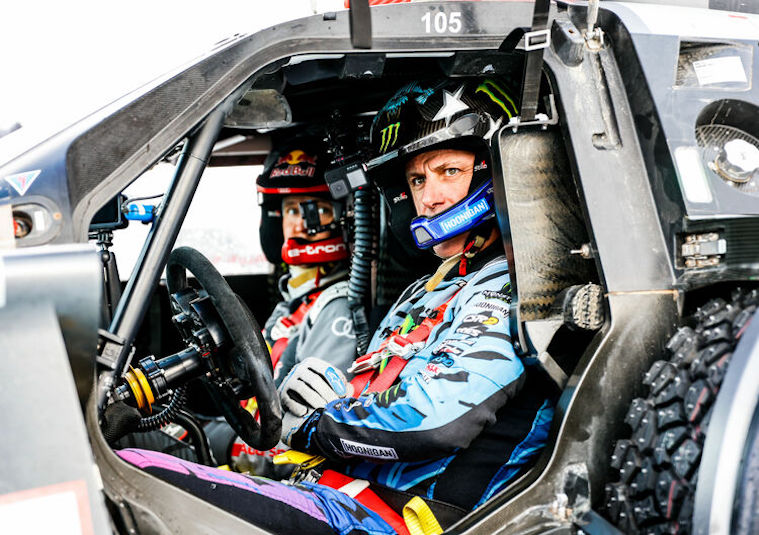 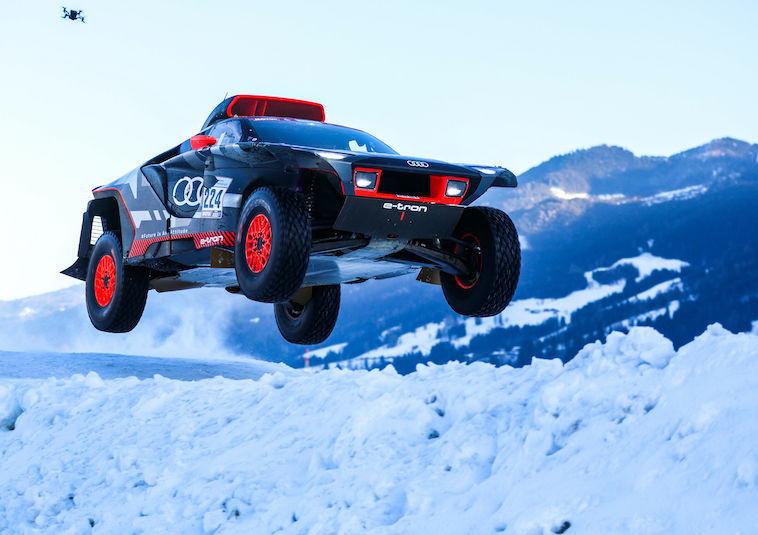 Historic treasures from Audi Tradition at the GP Ice Race

This was a car swap of a very special kind: with Mattias Ekström as the instructor in the co-driver’s seat, Ken Block tested the Audi RS Q e-tron with start number 224 on snow and ice. The outing during the GP Ice Race in Zell am See (Austria) was the spectacular prototype’s first appearance after its successful debut in the famous Dakar Rally.

The Audi RS Q e-tron, with which Audi clinched four stage victories in January, was just one of the stars on the icy course in Zell am See. Audi Tradition also brought along the Audi quattro A2 Group B rally car, which competed in the 1983 Rally Finland. In addition, a DKW F 91 and a DKW Hartmann Formula V caused quite a stir.

For Ken Block, the weekend trip to Europe was like a visit to automotive paradise. “The laps in the Audi RS Q e-tron were a phenomenal experience – even though the car probably feels more comfortable in the desert than in the snow,” said Ken Block. “Thanks to Mattias Ekström, who patiently explained all the special features of his car to me. A few minutes behind the wheel was enough to understand the fascination of this car.”

Mattias Ekström was impressed. “It only took three turns for Ken to get fully up to speed,” said the Swede, who, with ninth place, was the most successful Audi driver in the 2022 Dakar Rally. For Ekström, the event in Austria was also the perfect preparation for his participation in the prestigious “Race of Champions”, which was held in the north of Sweden last weekend. Ekström only had to admit defeat to the eventual winner Sébastien Loeb in the semifinals.

In addition to testing the Audi RS Q e-tron, Ken Block also took a little trip down memory lane and drifted around the circuit in the Audi quattro A2. For the American, who was inspired by Audi rally cars as a teenager, this was a personal highlight: “An insane moment that I won’t forget in a hurry.” Soon there will be even more moments like this: With the purely electric Audi S1 e-tron quattro Hoonitron, which Audi developed as a one-off exclusively for Ken Block and which was inspired by the Audi Sport quattro S1, the Hoonigan team is producing a video entitled “Electrikhana” that will be released in the next few months and will be the latest chapter of their “Gymkhana” series.