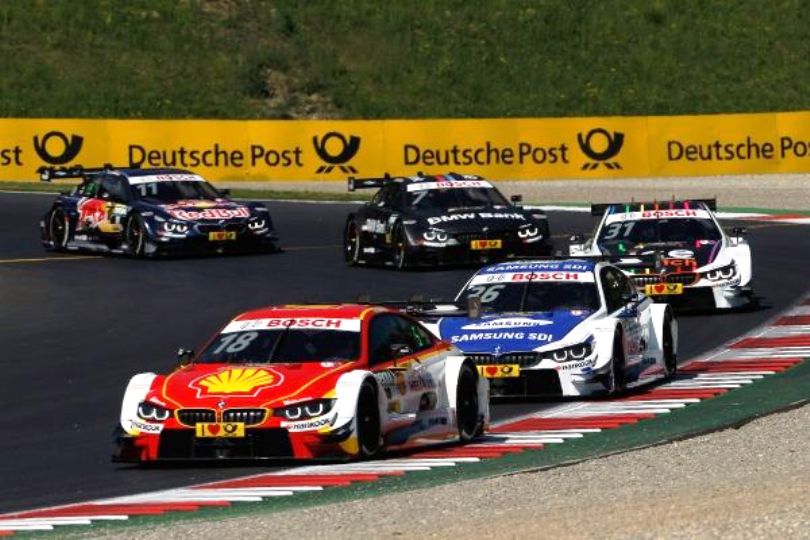 The DTM travels to the Netherlands for the fifth race weekend of the 2016 season: BMW Motorsport will be in action at the iconic “Circuit Park Zandvoort” (NL) from 15th to 17th July. The BMW teams return to the circuit near Amsterdam (NL) with fond memories.

The 2015 winners were Marco Wittmann (DE) and António Félix da Costa (PT), who claimed his very first DTM win in Zandvoort. Augusto Farfus (BR) had previously won in the Netherlands in 2013, at the wheel of the BMW M3 DTM. Wittmann arrives in Zandvoort as the leader in the Drivers’ Championship.

The BMW Team RMG driver finished fourth and sixth at his home round a fortnight ago at the Norisring (DE) to move to the top of the overall standings. BMW also tops the Manufacturers’ Championship with 310 points after eight of the season’s 18 races.

The “Circuit Park” is an old-school track. With its crests and bumps, each lap is like a rollercoaster ride. The sand that is blown across the track by the coastal wind is a unique feature. The “Tarzanbocht”, the first turn at the end of the start/finish straight, represents one of the best overtaking opportunities.

Quotes ahead of the fifth race weekend of 2016 in Zandvoort.

“The first half of the 2016 DTM season draws to a close in Zandvoort. Dutch fans can definitely expect two exciting races at this iconic circuit. Zandvoort is always a bit special. We are battling for points and race wins where others go to enjoy their holidays. The atmosphere on the North Sea coast is unique. Therefore, we are very much looking forward to returning to the Netherlands.”

“The first race in Zandvoort in 2015, after which both Marco Wittmann and Maxime Martin were on the podium for us, was very special. It is not every day you get that kind of dream result as a team in the DTM. We obviously all start from scratch again this year. Despite this, however, we will obviously do our very best to allow Marco and Timo Glock to add to their points tally. We are only approaching the halfway point of the season, so we still have a lot ahead of us. Everything will have to come together this weekend, in order for us to stay on the ball. The circuit in Zandvoort certainly provides a great backdrop.”

“Zandvoort is a special place for us, for several reasons. Last year we performed very well there. At the same time, it is fantastic for me personally to appear with my team in my native Netherlands. We go into the weekend well-prepared and hungry to do better than we have done recently, particularly in qualifying.”

“Following the Norisring races, we bring a lot of momentum to Zandvoort. Maxime Martin has shown an unbelievably consistent performance this year, Tom Blomqvist is also in a really strong shape. It was great seeing both of them on the podium in Nuremberg side by side. Now the cards will be reshuffled in Zandvoort, but we are positive.”

“Zandvoort has virtually everything you could wish for from a circuit: a special layout, a unique setting nestled in the dunes, passionate fans, and always exciting racing. We have fantastic memories of this track. We claimed pole position and a win here with António Félix da Costa in 2015. Martin Tomczyk has also been very successful in Zandvoort in the past. Our drivers are definitely well prepared, as is the entire team. I hope our hard work will be rewarded with point finishes.”

“Zandvoort has always suited me so far. Therefore, I hope we can put on another good show and be successful this time too. It is fantastic to compete as the championship leader again. It is now important for us to push hard and again score points in Zandvoort.”

“I am looking forward to Zandvoort, because the track suits our car and we will hopefully be looking at another good result. I hope we have a profitable weekend and finish well in the points in both races. We will certainly be doing our best to get the absolute maximum out of the weekend. I like the circuit, because it has a good rhythm.”

“Last year went very well for us in Zandvoort, but you always have to keep your feet on the ground. It is a new season. We will have to work hard from the first free practice. Zandvoort is a great circuit with a lot of blind corners, uphill and downhill stretches, and a lot of quick sections – which I really like.”

“We have a magnificent past in Zandvoort. I have made it onto the podium there and have started from pole position. It is the coolest track of the year, with very fast corners. I always love being there.”

“I am really looking forward to Zandvoort. We obviously had a clear weight advantage in 2015. Because of this, I expect it to be a far closer affair here. However, my team and I have always been among the front-runners this year, and the whole team is working very well. For this reason, we can head to Zandvoort in a confident mood.”

“Zandvoort is a good circuit for BMW. We showed that last season, but also in the previous years. We will try to score as many points as possible. I made it onto the podium once there in 2015, so my goal is to be strong there once again this year.”

“Zandvoort is a genuine highlight. I won there last year and am now putting a bit of pressure on myself to score another strong result. However, it is a nice pressure. I hope that my team-mates and I can be very strong again, and that we can go on the attack again.”

“The circuit in Zandvoort obviously suits us, which is why we head there with the goal of playing a major role again. Let’s see what happens this year. Mercedes and Audi will certainly be strong, too.”