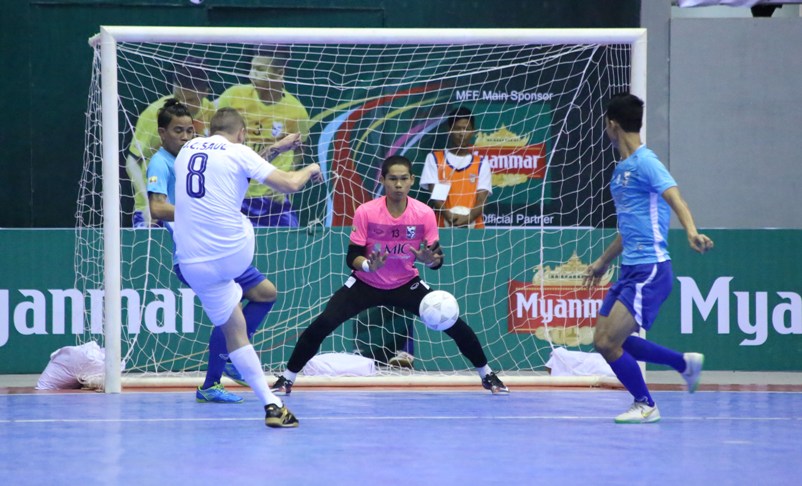 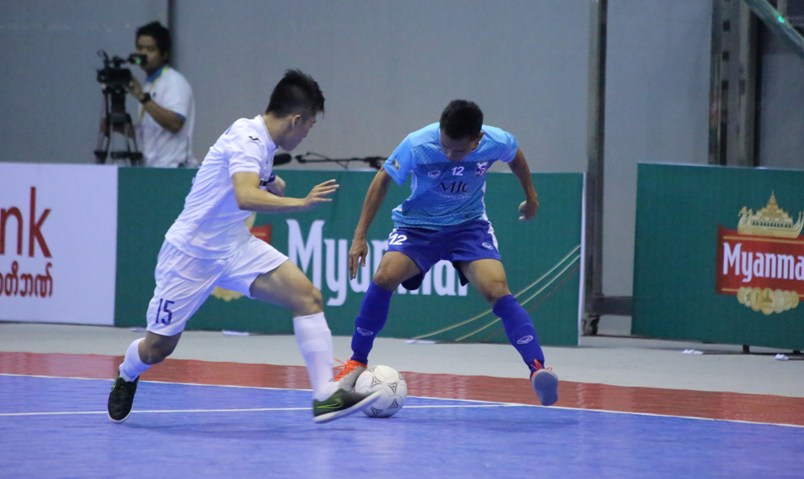 MIC FC took the fight to their opponents as they needed to win to earn a final berth. Thai Son Nam, meanwhile, only required a draw to advance to the final.

The MIC FC players threw in everything as they went on the hunt for goals but Thai Son Nam played it cool and waited for the chance to strike.

In the first half, Thai Son Nam broke away and scored twice through Ngo Ngoc Son and Olmo Campana Saul. MIC FC refused to give up and used their power player after the break as they went all out.

To their dismay, Saul managed to intercept one of their passes and let loose a long shot which sailed into goal. Still, MIC FC fought and actually came close on at least three occassions but their forwards failed to finish it off.

It was all over the 37th minute when skipper Tran Van Vu netted a fourth goal. MIC FC managed to pull one back a minute later through Aung Aung but it was too late for the hosts and they settled for a third-fourth placing playoff spot.

The second men’s match today between Thaiport FC and Black Steel did not make any difrence to the teams that qualified for the final. Even if Black Steel won, they would at best finish third behind Thaiport and Thai Son Nam.