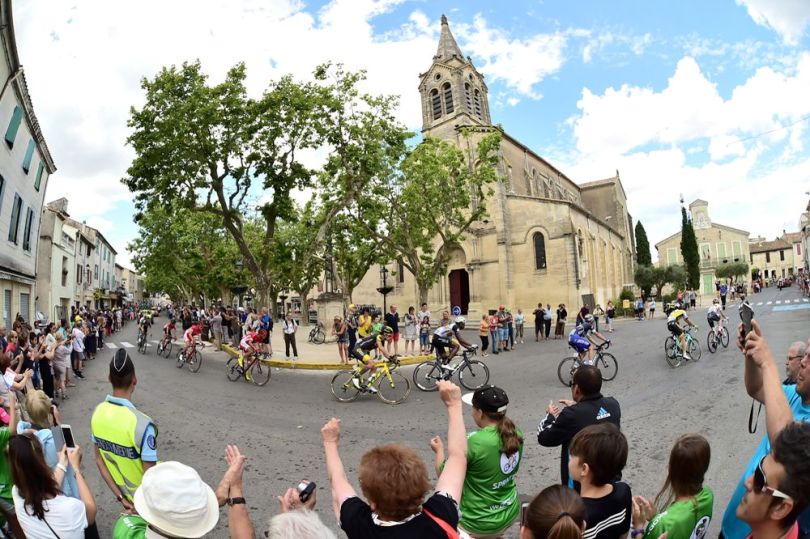 Chris Froome kept hold of the Tour de France race leader’s yellow jersey despite a crash with a motorcycle on Thursday that threatened to wreck his race hopes.

Froome initially seemed to have lost the race lead after his bicycle was broken by the crash leaving him at one point running along the road waiting for a replacement bike.

But Tour organisers reinstated him in the lead at the end of the 12th stage which finished on Mont Ventoux, now with a 47sec lead over British compatriot Adam Yates.

“What a finish. Ventoux is full of surprises. Around the last kilometre a motorbike braked hard,” explained Froome on French TV after being presented with the yellow jersey.

“I was with Richie Porte and Bauke Mollema and all three of us went into the back of it. I got hit from behind by another motorbike that broke my bicycle.

“I’m happy with the jury’s decision. I think it’s right. Thanks to them and thanks to the Tour de France organisation.”

Yates, who was provisionally announced as the new leader, said he agreed with the race jury’s decision to change the initial results.

“It is what it is, I’m really happy with the outcome. I wouldn’t have wanted to take the jersey like this,” said the 23-year-old Briton.

“After his performances in the Tour so far he (Froome) is the rightful owner of the yellow jersey. It wouldn’t have felt right to have taken it like that.”

Froome’s Sky team manager Dave Brailsford told French TV that the decision had rewarded those who were strongest on the day.

“Fair play has won. It wasn’t easy but you have to stay calm. Richie (Porte), Chris (Froome) and (Bauke) Mollema were the strongest today and the organisers decided to maintain the lead they had gained at the moment of the accident.

“For me, it’s a fair decision.” – Agence France-Presse