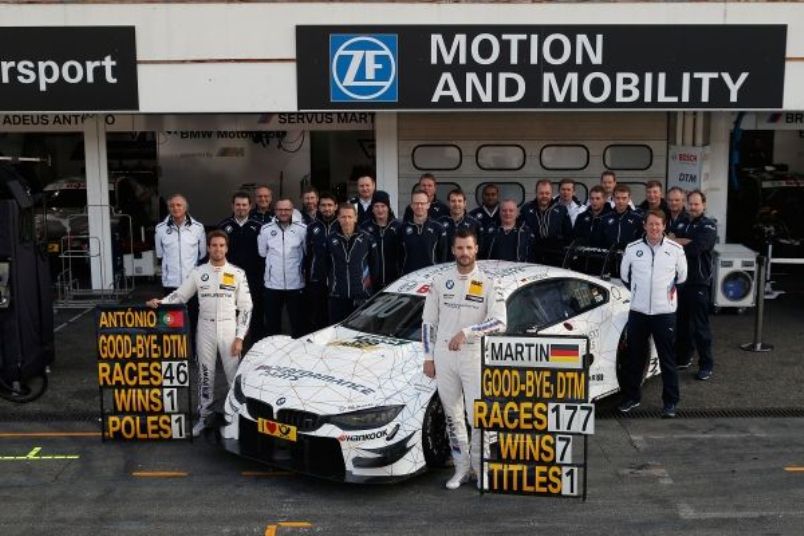 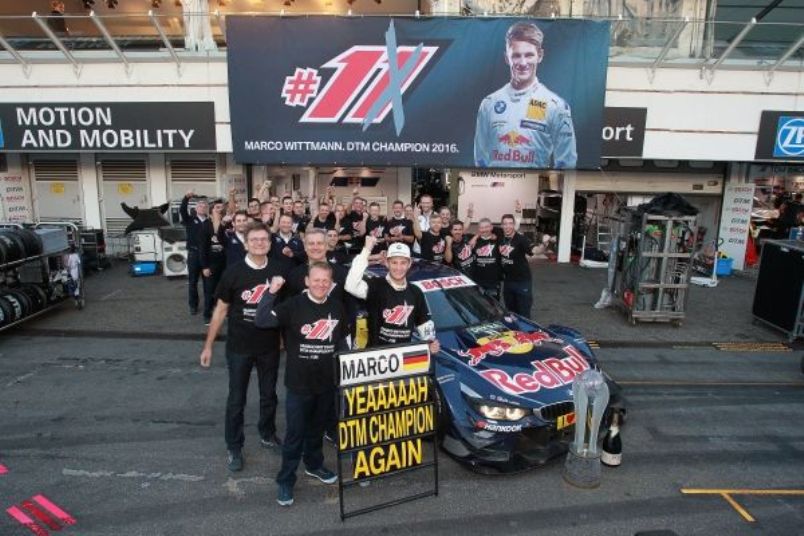 BMW Motorsport is changing the way its teams are set up for the 2017 season, to match both the strategic reorganisation of its involvement and the individual requirements of each race series.

The four BMW teams, RMG, RBM, MTEK and Schnitzer will continue to compete, but with some new areas of operation. The BMW customer racing programme will continue as in 2016, working closely together with the Schubert Motorsport and ROWE Racing teams.

BMW Team RMG and BMW Team RBM will continue to battle for points and wins in the DTM. Both teams have been competing in this series since the brand’s comeback in 2012 – with great success. The RMG team, headed by team principal Stefan Reinhold (DE), claimed the team championship in 2014 and has celebrated two drivers’ titles with Marco Wittmann (DE) – in 2014 and 2016.

BMW Team RBM was the second-best BMW team in the past DTM season, finishing just behind RMG in third place overall. In 2013, Bart Mampaey (BE) and his crew were challenging for the title and claimed second place in the team championship. RMG and RBM will be competing with the BMW M4 DTMs in the 2017 DTM season. The drivers will be announced on 9th December at the BMW Motorsport Season Review event in Munich (DE).

New areas of operation for Schnitzer and MTEK are planned

BMW Team Schnitzer will return to GT racing in 2017. Charly Lamm (DE) and his crew competed in 66 DTM races from 2012 to 2016, and celebrated the greatest success of their second appearance in this series in the very first year. Bruno Spengler (CA) won the drivers’ title in the BMW Bank M3 DTM and the crew from Freilassing in Upper Bavaria (DE) also claimed the team championship.

BMW Team Schnitzer wants to continue this long-running success story with BMW in GT racing. The team has already recorded five wins at the 24-hour race at the Nürburgring (DE). Lamm and his team last triumphed there in 2010, with the BMW M3 GT.

In 2017, BMW Team MTEK is supposed to start intensive preparations for BMW’s entry into the FIA World Endurance Championship (WEC) in the following year. Ernest Knoors (NL) and his team provided plenty of highlights when they competed in the DTM between 2013 and 2016, including the first DTM win for Timo Glock (DE) in the last race of the 2013 season.

Last season, the crew from Garching (DE) won the “Best Pit Stop Award” for the fastest pit stops of any team. Plans for next year foresee that BMW Team MTEK will complete a comprehensive test and development programme in preparation for the WEC entry of BMW.

“I am convinced that this is the best team structure to help us prepare for our new tasks,” said BMW Motorsport Director Jens Marquardt when asked about the new developments. “We have always been sure that we wanted to continue the successful cooperation with all our teams. We had to adjust our structures due to the changes in the DTM, and new possibilities and areas of operation opened up for us in our newly-reorganised motorsport programme.

The new structure is tailored perfectly to this. BMW Team Schnitzer made history in the DTM, winning the title at the first attempt after a 20-year break. Nobody had expected that. The team has always enjoyed close links to GT racing throughout its history, and has had some great results there. The GT fans can look forward to some excitement when we inject new life into this combination at the 24-hour race at the Nürburgring in 2017.

BMW Team MTEK proved to be an excellent BMW representative in the DTM in recent years. It’s planned that it will now devote itself completely to preparations for our entry into the FIA WEC. I would like to thank Charly Lamm, Ernest Knoors and their crews for their dedication throughout the past DTM seasons – and we can now look forward to competing together in many more races in the future.”

“Everyone knows that BMW Team Schnitzer has a very close association with GT racing – and a great passion for endurance races,” said Team Principal Charly Lamm.

“At the same time, there is obviously a degree of melancholy at having to bid farewell to the DTM. We have had a very intense time in this fiercely-competitive series, with numerous challenges and just as many nice moments. The highlight was undoubtedly winning the title in 2012, in our first year after returning to the series. However, we now embark on a new chapter in our long history with BMW. Accordingly, we will go about our work for the coming year in determined mood. We are very much looking forward to the races with the BMW M6 GT3.”

Knoors added: “We competed in the DTM for the first time in 2013 with our new BMW Team MTEK – and we have learned a lot since then. This series has taught us a lot about professionalism and quality in all areas. Of course we are really looking forward to the new challenge that awaits us in the FIA WEC. The standard is extremely high there as well. 2017 will be a year of intensive preparation and then we will be able to compete with the other teams in the following year.”