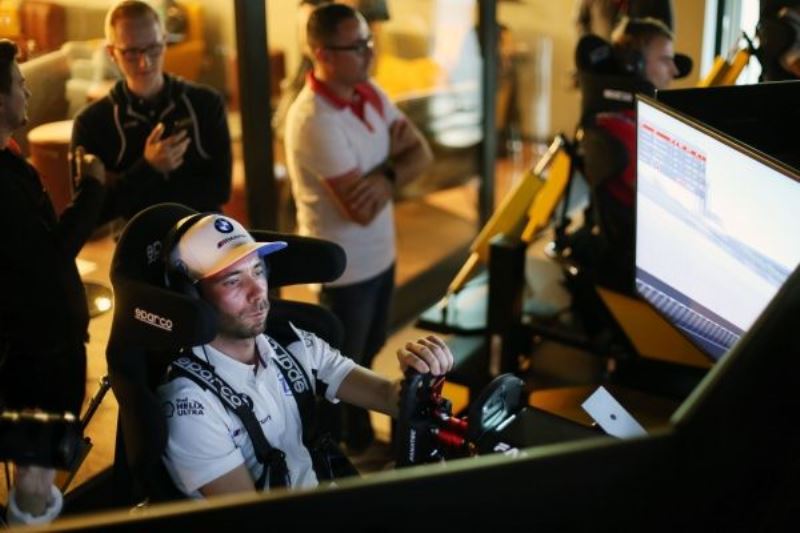 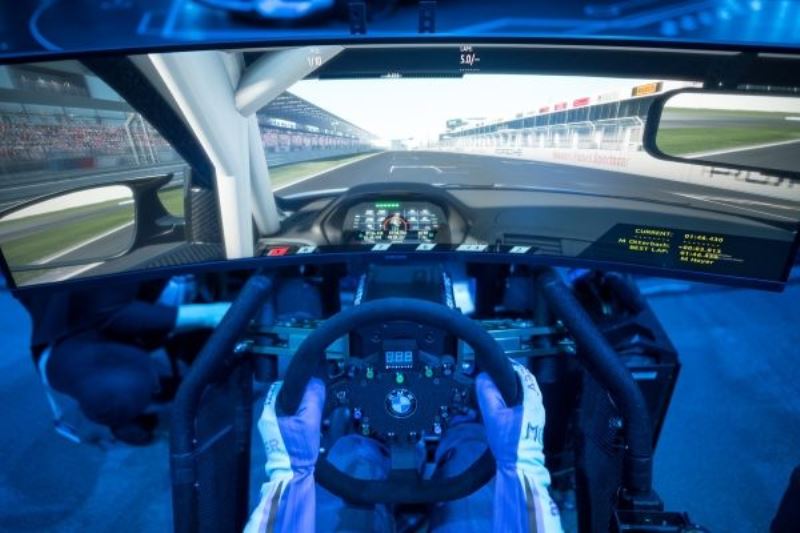 BMW works driver Philipp Eng (AUT) is a talented all-rounder behind a steering wheel. He has won Formula races, as well as in a host of different BMW race cars, including the BMW M4 DTM, BMW M8 GTE and BMW M6 GT3. Eng has also been a sim racing expert for many years.

In today’s difficult situation, virtual races are the only opportunity for racing drivers to practice their craft. Eng explains the sim racing phenomenon and its future role as a motorsport in its own right.

While actual race weekends are unthinkable at the moment, the sim racing calendar is growing all the time. Last weekend, four major races were held. Eng was in action in two of them.

On Saturday, he made it through to the final against a top-class field in ‘THE RACE All-Stars Esports Battle’. One day later, he finished third in the ‘F1 Esports Virtual Bahrain Grand Prix’, the first sim race officially staged by Formula 1.

“I am glad I have my race simulator at home at the moment. In these times, when everyone has to avoid moving about in public as much as possible, it is basically my ‘substitute racing drug’,” said Eng.

“The virtual races help me to stay in race mode, particularly mentally. Although the simulator doesn’t feel exactly the same as reality, my instincts are the same as on an actual racetrack. It allows me to keep them sharp. For me, sim racing is more than just fun, it also really helps me to improve as a professional racing driver.”

BMW Motorsport identified the benefits of sim racing and its increasingly important role at an early stage, since when it has become an additional pillar in its motorsport programme. The focus is on two platforms. BMW works drivers and some of the world’s best sim racers regularly compete on the iRacing platform – primarily in the virtual BMW M8 GTE.

Bruno Spengler (CAN), Nick Catsburg (NED) and Jesse Krohn (FIN) claimed a one-two-three in that car in last Saturday’s ‘IMSA Super Sebring Saturday’. The Digital Nürburgring Endurance Series has recently also started to hold its races on the iRacing platform. There, BMW works drivers and the BMW Juniors take to the Nordschleife in the BMW Z4 GT3.

The second platform is rFactor 2 which is home to the BMW SIM M2 CS Racing Cup, in which the new BMW Junior Team regularly competes.

“In my opinion, BMW Motorsport’s intensive involvement is currently giving sim racing another huge boost,” says Eng. “When a major manufacturer like BMW gets involved to such a degree, the general public picks up on it and the perception of sim racing changes in a positive way.”

As far as Eng is concerned, sim racing has already earned the right to be regarded as a motorsport in its own right, particularly in the future.

“I see it this way: as a motorsport fan, watch the DTM race at the Nürburgring in the afternoon and then why not watch the livestream of the sim race in Sebring in the evening,” he said.

Eng was just a teenager when he first ventured into the world of virtual racing. “I was 17, I think, and my simulator was such that I had to shift my exercise books to one side, clamp my steering wheel on my desk, and fasten the pedals to the floor using tape,” said Eng, describing his early set-up.

“The way sim racing has developed since then, and particularly in recent months, is very impressive.” Today, Eng no longer has to use tape for his pedals. His equipment is of the highest standard – as is his driving in the simulator.

Despite that, professional racing drivers still cannot quite compete with the best sim racers in the world. Eng has an explanation: “That is mainly because of the incredible amount of time that these guys have spent on simulators over the years. I like to compare it with fitness training. If I train regularly and do, let’s say, 350 kilometres per week on my bike, then I will be pretty fit. If, however, I have two weeks off because I am away somewhere racing, then my fitness level drops again. That is exactly the difference between me, who is not regularly in the simulator during a normal season, and a professional sim racer – who is also very talented.”

Eng does not necessarily believe that a top sim racer would automatically make a good racing driver in the real world. “I am sure that the best have the necessary technical know-how and driving potential. However, in a real race car, they must first learn to deal with the fact that they could get hurt if they make a mistake. I notice that with myself. I always take more risks in the simulator than I do in a real race car.”

Unlike driving a real race car, a simulator offers the opportunity to do a lot of testing and gain experience without any risks, in a controlled environment, and without it costing too much. For that reason, simulations also play a huge role in all BMW Motorsport’s actual racing projects.