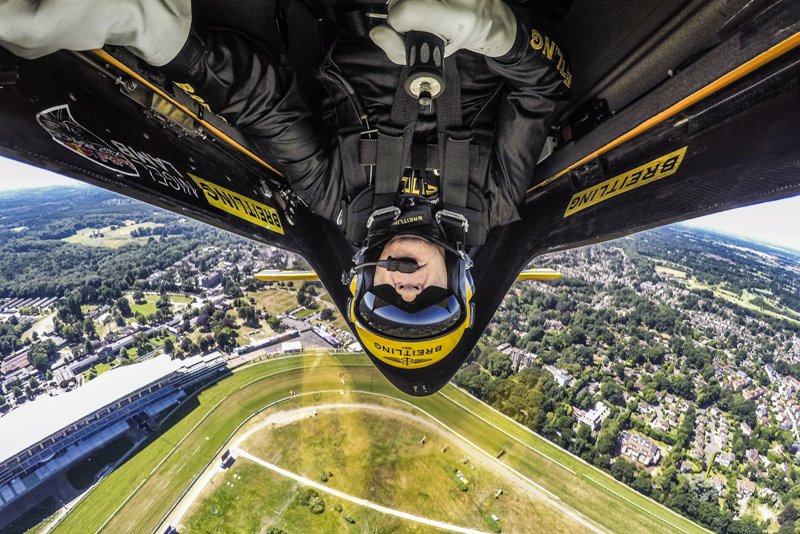 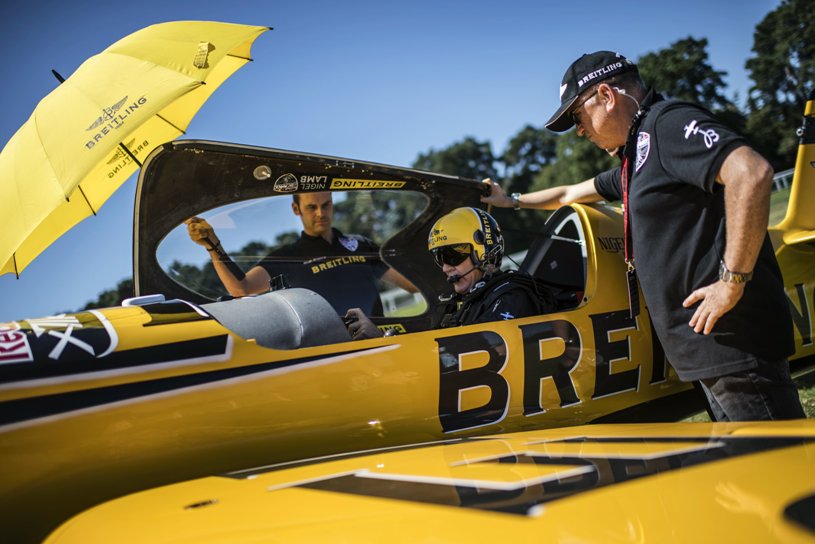 A true British great, Red Bull Air Race pilot Nigel Lamb, flew his last race in home skies on 14 August; and as sendoffs go, this one was spectacular.

The venue was Ascot Racecourse, a jewel set in the lush green surrounds of the Berkshire countryside, with three hundred years of history as the place for exciting sport in gracious environs.

In attendance, more than 20,000 knowledgeable British aviation fans, who flocked to Ascot over the jam-packed race weekend to cheer for their favourite.

And the racetrack? That was almost as special as Lamb himself. With a rare standing start that sees pilots take off right in front of the grandstands before darting through trees as well as pylons, and Heathrow’s jumbo jets on the horizon in stark contrast to the sleek raceplanes, it’s popular among race teams and spectators alike.

When the Red Bull Air Race made its first stop at Ascot in 2014, there was pandemonium in the grandstands as Lamb claimed the second step of the podium and Paul Bonhomme took first place in a one-two sweep for Great Britain. Lamb went on to fly his striking yellow Breitling Racing Team MXS-R all the way to the world championship that year, and he returned to Ascot in 2015 as a bona fide hero. Again his smooth, crisp flying – a Lamb trademark – delivered a top five result.

At the 2016 season opener in March, Lamb announced that he would retire at the end of the season, and anticipation for his final racing appearance at Ascot began to build. While the pilot didn’t go home to Oxfordshire with the first-place trophy on Sunday, he didn’t disappoint. After opening his campaign by delivering his fastest career time for the Ascot racetrack, Lamb was certainly first place in the hearts of the British faithful.

In fact, the blistering time of 1 minute, 4.251 seconds with which Lamb dispatched Spanish standout Juan Velarde in the Round of 14 would have earned second place in the Final 4. Before he could get there, however, Lamb had to go up against Austria’s Hannes Arch in the Round of 8, just when the Austrian delivered what he himself called his only good run of the race weekend. Lamb was out with a sixth place result on the day, but not before the audience could give him a standing ovation.

“The British crowd is fantastic, and the setting, incredible. It’s such a special place,” Lamb said, his emotion evident. “It is very extraordinary and a great privilege to be able to fly and participate in a location like this, a track like this. It’s what I love to do. And it was so nice to meet so many fans in person this weekend, as well. That’s meant a great deal to me.”

Although admitting that his decision to retire had been “very, very tough,” Lamb reminded those at the post-race press conference that while he may not contend at Ascot again, neither the season nor his career is over just yet. Lamb will be in the heart of the action at the highly anticipated return of the Red Bull Air Race to Germany’s Lausitzring in September, followed by the series’ debut at the Indianapolis Motor Speedway in the United States and the season finale in Las Vegas. Even if Lamb wasn’t able to give British fans a victory on home soil, with his passion as strong as ever, he’ll do his utmost to earn a triumph for them at a distance.

“There are still three more races to win, which is what I’m going to try to do, and I love it,” Lamb stated. “I love it on the track, and I still feel on top of my game.”