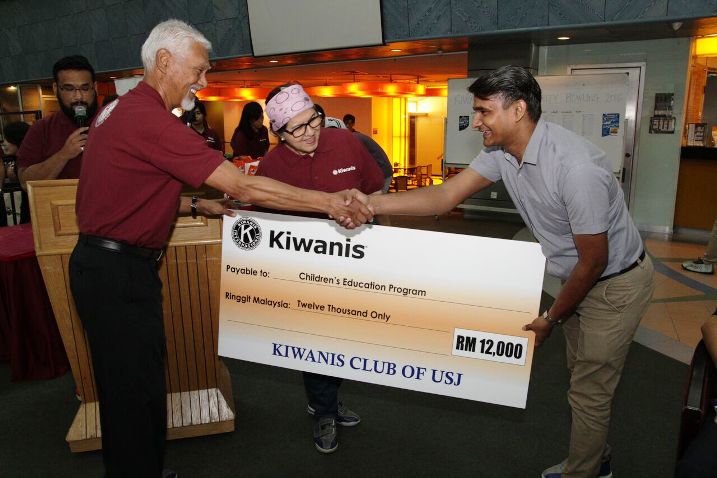 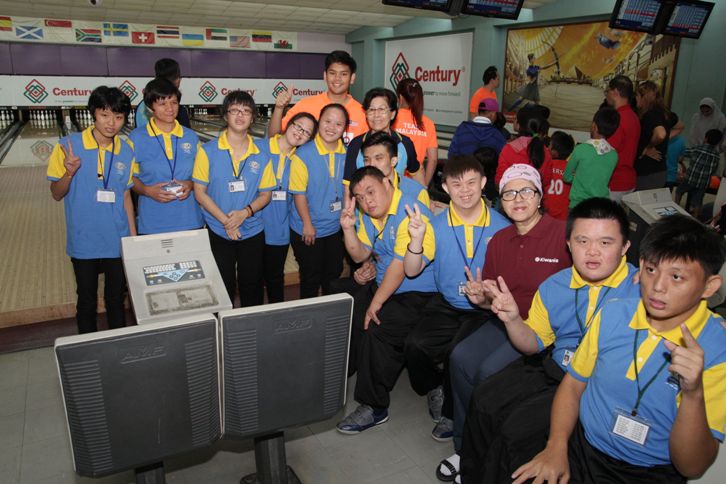 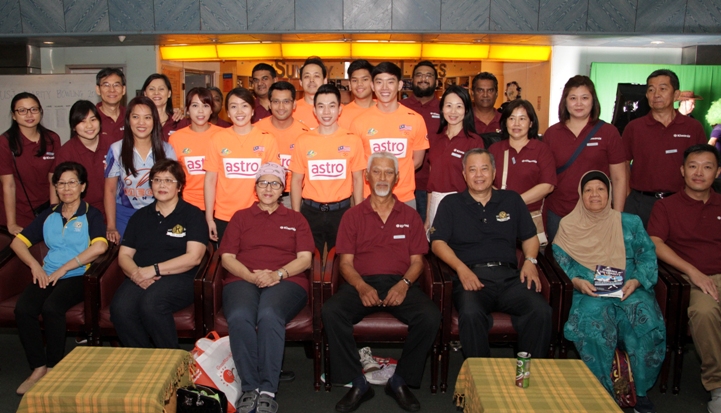 The National bowlers recently joined over 90 under-privileged children from various homes in Selangor to participate in a Charity Bowling Tournament, organized by the Kiwanis Club of USJ. The tournament was staged at the popular Sunway Mega Lanes located within the Sunway Pyramid shopping centre on Saturday 14th May 2016.
To raise funds, the Kiwanis Club of USJ “sold” the 48 lanes to individuals, companies and corporate sponsors. The proceeds were given to the Maternal, Neonatal and Tetanus Project, and the Children’s Education Programme, with each receiving RM 7,500 and RM12,000 respectively.
The participation of the National bowlers was a massive thrill for the under-privileged children.
The bowlers led by Alex Liew spent some time teaching the children the basics of the game. The other national bowlers who attended were,Sin Li Jane, Rafique Ismail, Timmy Tan, Zulmazran Zulkifli and Adrain Ng.
Other participants of the charity bowling event also had the rare opportunity to meet the National bowlers and take photographs with them. In all, it was an awesome event which the children and participants will fondly remember.
Kiwanis Club of USJ President, Clarence Lazaroo said: “This is the third year we have organized this charity bowling competition. I would like to thank all those who contributed generously. I also want to thank the national bowlers and the Sunway Mega Lanes for coming forward to support us. The success of this year’s event has encouraged us to make this an annual affair.”
Clarence said a total of 230 participants, including the 90 under-privileged kids, took part in the bowling competition. The top three winners were KL Chinese Assembly Hall B (2,606 pins), KL Chinese Assembly Hall A (2,530 pins) and Friday Night Amigos (2,386 pins). Dylan Ooi was the individual winner with his score of 721 which earned him a cool RM1, 000. There were also prizes for the best male bowler and the best female bowler.
The prizes were given away by YB Hannah Yeoh, Speaker of Selangor State Assembly and ADUN for Subang.
Clarence thanked the District Governor of Kiwanis Malaysia Dato’ Fatimah Saad, the Kiwanis Board of Directors, sponsors and the national bowlers for attending the charity Tournament. “The club wishes to thank all our sponsors in particular, the Malaysian Flour Mill, Top Glove, Good Morning V-Plus, Unique Supreme Sdn Bhd and the Press for being a part of this event.”

Organized by: Kiwanis Club of USJ