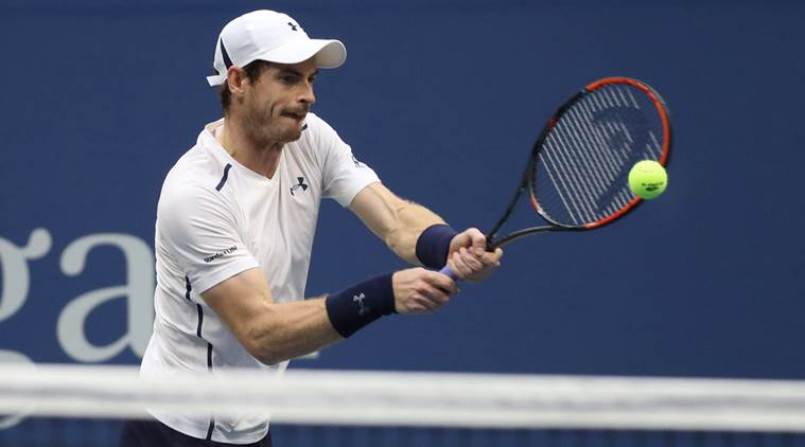 Andy Murray is braced for the tantalising prospect of facing Novak Djokovic in the final of the ATP Tour Finals with the world number one ranking on the line.

Djokovic has qualified for the semi-finals after winning his first two group matches at London’s O2 Arena and Murray should also make the last four with two victories going into his last match against Stan Wawrinka on Friday.

If the old rivals finish top of their groups, they wouldn’t be able to meet before Sunday’s final.

That is a thrilling proposition given the final would decide not only the winner of this season’s Tour Finals but also the holder of first place in the year-end world rankings.

Murray is currently in pole position after ending Djokovic’s 122-week reign at the top, but the world number two will regain first place if he wins the Tour Finals for a record-equalling sixth time.

“It could come down to a match between me and Novak. Who knows what’s going to happen the next few days,” Murray said.

“For me and I’m sure for Novak, both of our goals would be to try to win the event.

“For him, whether that’s by beating me, someone else, or for me if it’s winning against Novak or another player, it doesn’t change for us as players.

“But I think for the tournament, for everyone interested in tennis, that would probably be the perfect way to finish the year.”

Murray has never reached the final of the Tour Finals, but the Wimbledon champion is on a 21-match winning streak that has brought him four successive titles and the number one ranking.

On Wednesday, the Scot survived the longest match since the Tour Finals moved to London in 2009 as he saw off Japan’s Kei Nishikori in three hours and 20 minutes.

Recovering from that gruelling experience in time for his remaining matches will be a test and could give Djokovic an advantage.

But Murray believes the prize on offer provides all the motivation he needs to play through the pain.

“I’m a bit tired obviously. But you tend to feel it more the following day, sort of in terms like stiffness and soreness in the body,” Murray said.

“I was in the ice bath after the match. That obviously helps kind of make you feel a bit better.

“But, yeah, sort of 10, 12 hours afterwards the body starts to stiffen up. I’m sure tomorrow I’ll be a bit sore. But it’s positive I get a day’s rest, a day’s recovery tomorrow.

“Just from my side, concentrate on trying to win my own matches, get through as many as I can, make it as tough as possible for Novak to jump me.” – Agence France-Presse