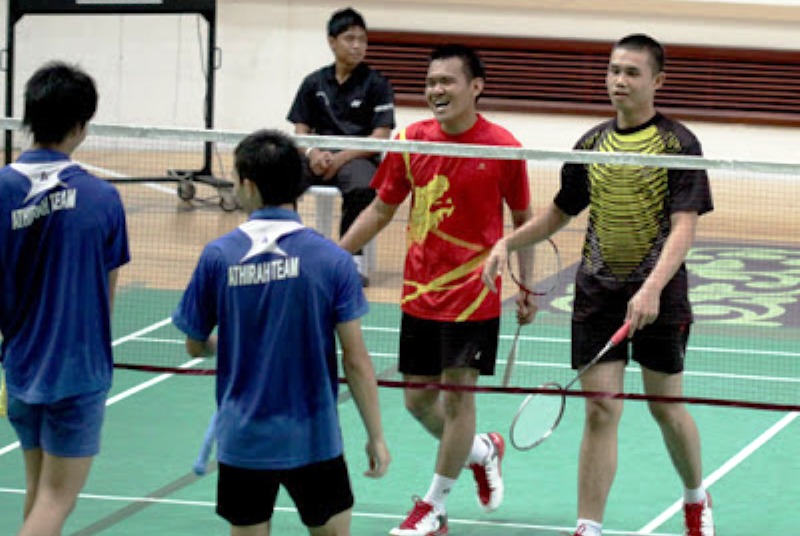 Oil-rich Sultanate Brunei has drawn up big plans to develop the shuttle game with the help of the Education Ministry and will organize a badminton league in the country.

That seems to be the only way to give the sport a “shot in the arm” as Brunei continues to lag behind other nations in this region.

“We have the money but money is not everything to improve sports, including badminton,” said Brunei team manager Budiman Bin Ambai, who is in Surabaya, Indonesia for the on-going Badminton Asia Under-17 & Under-15 Junior Championships.

The Asian Junior meet began on Wednesday and Brunei was at the receiving end with both its Under-15 players Hakem Rahimee Bakar and Izzuddin Ermadena blown away in the first round.

Hakem fell to Thailand’s Ratchaphol Srithong 7-21, 4-21 in 15 minutes while Izzuddin was on the court for a slightly longer period in his 7-21, 7-21 defeat to Malaysia’s 16th seed Bryan Jeremy in 20 minutes.

Hakem, who is the Brunei Under-15 national champion, shed tears over his early exit – knowing that he is “miles apart” from the others from rival of other countries although he is has donned his country’s colors in Asean Schools Championships.

It was first-round exits for Hakem in the Asean Schools meet in Selangor (Malaysia) in 2018 and it was the same in Samarang (Indonesia) this year.

Budiman who is also the Brunei Schools coach said: “Only two ‘major’ meets are held annually in the Under-18 which is sponsored by multi-national companies which draw a big field each time.

“But this is not enough. The players need to be exposed to international tournaments…against players who are better in terms of skills and exposure.

“Hopefully the Brunei league will be a perfect launch for badminton to grow. There is badminton talent in the country. With the right development programs, the game can gain momentum.”

Just like any other kid, Hakem was into football until his father stepped in told him to take up badminton.

“I don’t want to let my father down so I will stay and learn more about the game. If there is one player who can help me motivate to scale greater heights in the game is (former Malaysian ace and world No 1) Lee Chong Wei”.

“He may not have won the world title of the Olympics gold but he is a fighter. His fighting spirit is second to none. He spurs me on and I will not give up. Chong Wei is my idol.”

Hakem and Izzuddin also teamed up for the Boy’s Under-15 doubles. Badminton Asia