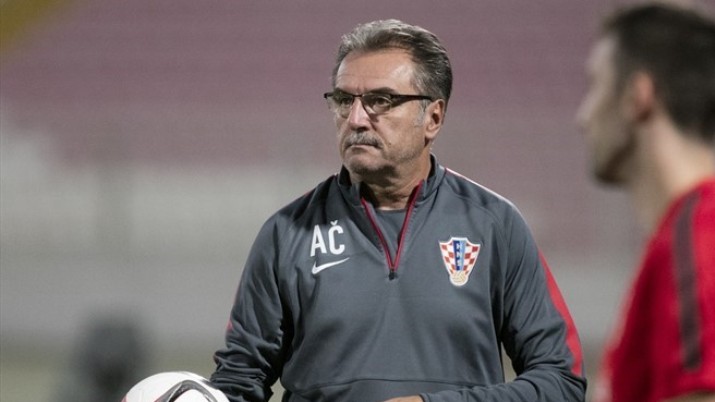 Lovren was told he would not be picked last month after demanding that he be guaranteed a starting place before accepting to go to the finals in France.

But Cacic stressed Monday that the “doors are not closed to Lovren.”

“He has to understand how to behave towards both co-players and coach. Then he could deserve to return,” he told reporters.

The 62-year-old was appointed coach last September after Niko Kovac was sacked.

Cacic’s appointment raised criticism from fans concerned about his lack of major success as a coach and his lack of charisma compared to his predecessors — notably Miroslav ‘Ciro’ Blazevic with whom Croatia finished third at 1998 World Cup in France.

The squad is due to gather in Zagreb on Friday before departing for a training camp in northern Croatia and later in the northern Adriatic town of Rovinj.

Five players will join the squad later due to club commitments.

Modric and Mateo Kovacic will be with Real Madrid until their Champions League final against Atletico Madrid on May 28, while Rakitic, Juventus forward Mario Mandzukic and defender Darijo Srna of Ukraine’s Shakhtar Donetsk will be involved in national cup finals with their clubs this weekend.

Cacic said his list included the “players who are in good health and have played in European leagues the whole year, that’s why they have an advantage.”

But it also includes some young players who have been rewarded for good performances with their clubs and at under-21 level, he added.

Cacic must reduce his squad to 23 by the end of May.

Croatia will play two friendlies before leaving for France — on May 27 against Moldova and against San Marino on June 4.

Cacic explained that playing against such weak opposition would allow his players to gather strength for France.

“We had an exhausting and difficult season. Some players are still playing in their clubs so it is better that our opponents are easier.

“We will have tough rivals at the Euro,” he concluded.

Croatia have been drawn in Group D and will begin their campaign against Turkey in Paris on June 12 before facing the Czech Republic in Saint-Etienne five days later and then taking on Spain in Bordeaux on June 21.