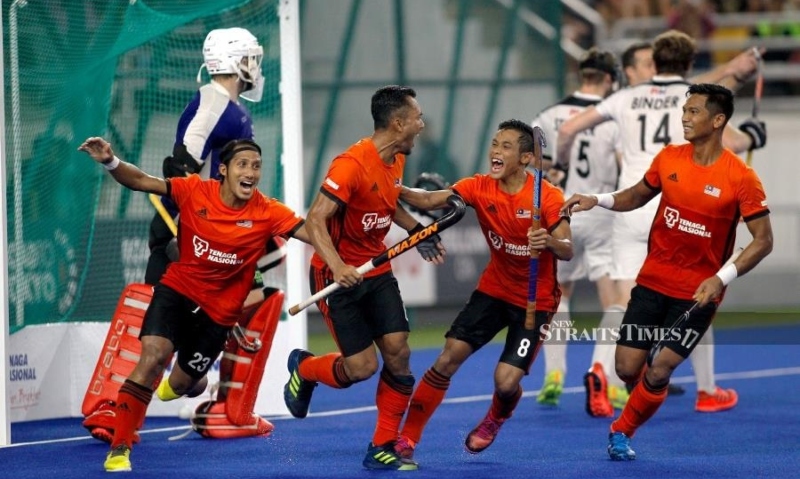 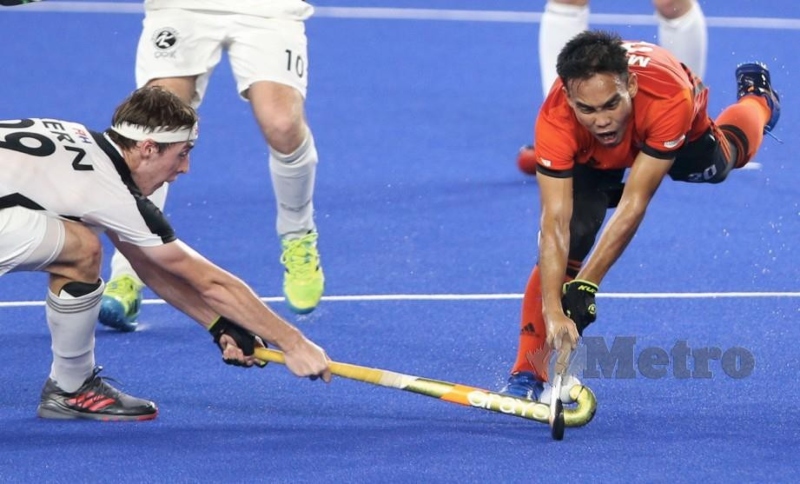 And so the first two teams to qualify for the Olympic Qualifiers later this year are now known. Canada men (World Ranking: 10) and Malaysia men (WR:13) will take their places alongside the top placed teams from the other two men’s FIH Series Finals. They will be joined by teams that qualify through the FIH Pro League and

The first quarter of this vitally important game was a cagey affair as they weighed each other up. There was understandable tension among the players and neither goalkeeper was given much to do as the opening exchanges took place outside the circle areas.

The second quarter saw a rise in tempo from both sides and it was the higher ranked Canada who nearly broke the deadlock as a shot from Jamie Wallace and a rebounded effort from Oliver Scholfield brought two scrambled saves from an acrobatic Francesco Padovani in the Italian goal. Canada also had opportunities from two successive penalty corners but the Italian defence were in determined mood.

Italy (WR:32) had their own chance when they forced a penalty corner midway through the second quarter. A double save from Canada’s David Carter kept the Italians from getting on the score-sheet.

Even Carter wasn’t able to keep the Italians from scoring from their next penalty corner attempt. Pietro Lago was on hand to sweep the rebounded shot into the goal, to give Italy the lead going into the break.

The equaliser came just two minutes into the second half. Sukhi Panesar was the scorer, but the simple tap-in was made possible by some slack marking by the Italian defence. Padovani saved the first attempt but Panesar needed no second invitation to sweep the loose ball into the goal.

The game changed when Thomas Keenan was sent from the field with a yellow card. Italy had already been reduced yo ten men but for nine men to cope with the Canadian onslaught was a step too far and Gordon Johnstone rattled home a penalty corner to give his side the lead.

Italy fought to the end but as they pushed up the field a third goal, scored in the final minute of the game by Oliver Scholfield, was almost inevitable. Player of the Match was Canada’s inspirational captain Scott Tupper.

Canada are the fist team to book a place in the Olympic qualifiers that take place later this year.

Talking after the game, midfielder Adam Froese said: “We had a lot of possession and we took our chances. It would have been nice to get a couple more but we got the win and we are very happy with that.”

Italy’s Juan Montone said: “We knew that would be a difficult game. We prepared really well and we were all focused on the game. We gave everything in this game. It was unlucky to concede a third in the final minute because we were all going for a goal. We have proved we can compete with the higher ranked teams.”

Malaysia came out in the opening minutes with a ferocity that put the Austrian team on the back foot for the first part of the quarter but the well-structured Austrian defence dealt with the danger by putting bodies behind the ball. Malaysia’s first chance fell to Kamal Abu Azrai, whose rasping shot struck the upright of Mateusz Szymczyk’s goal.

The intense pressure of the host nation continued and it was just a few minutes later that the Speedy Tigers were rewarded. Faizal Saari was the goalscorer as he took the ball wide of the Austria defender and crashed it into the goal to give his side the lead.

The remainder of the half saw Malaysia continue to turn up the heat on the Austria defence but, marshalled by their captain Xaver Hasun, Austria dug deep and somehow kept the attack at bay.
Despite Malaysia having the majority of the attacking play, it was Austria who scored the next goal. Leon Thornblom making no mistake from a penalty corner.

Time ticked down and neither side were able to make the decisive breakthrough. Austria were playing a tight defensive game, with Hasun, Florian Streyer and Benjamin Stanzl keeping a strong barrier between the Malaysia attack and their goal.

The deadlock was finally broken by Player of the Match Marhan Jazil who fired home a penalty corner to send his team and the crowd delirious. The icing on the cake came when Azlan Hasan spotted a gap in the Austrian defence and fired home to make it 3-1.

The results means Malaysia will be heading for the Olympic Qualifiers later this year and will play Canada for podium position in the first of three men’s FIH Series Finals.

“We worked hard but we didn’t play well enough today,” was Xaver Hasun’s verdict at the end of the game. “We dug deep but that was very tough today and we didn’t do quite enough.”

Captain of Malaysia Razie Rahim said: “This game was very tough. Austria have performed in every game but today we did not miss our opportunies. The boys gave everything today. We didn’t make many mistake in this game.”

Player of the Match: Scott Tupper (CAN)

For the full match schedule here.