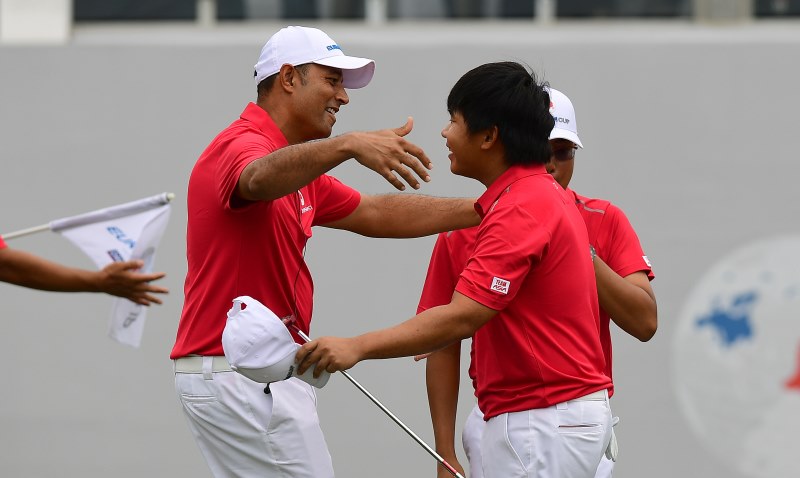 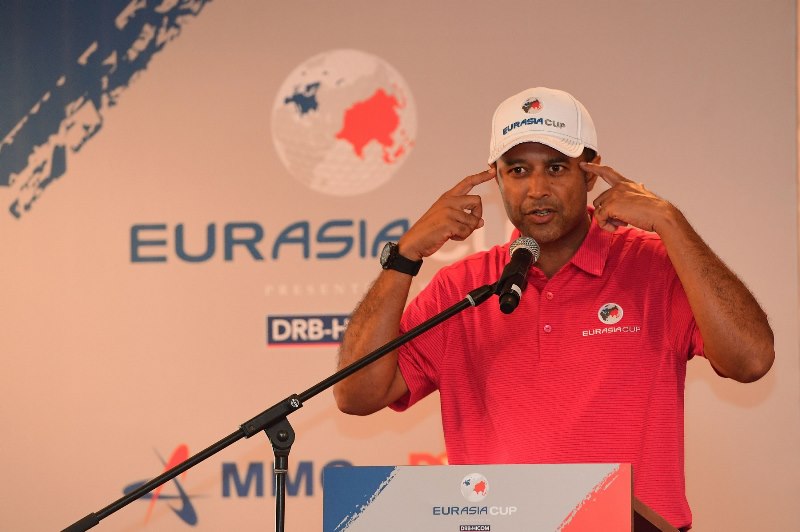 Team Asia’s captain Arjun Atwal praised his charges despite falling 10-14 to Team Europe at the EurAsia Cup presented by DRB-HICOM on Sunday.

Atwal’s team had led for two days after the Fourball and Foursomes matches but were outplayed by Team Europe in the Singles matches at the Glenmarie Golf and Country Club.

“I’m very proud of these guys. They are all awesome players and it’s just unfortunate we lost today. We just didn’t make enough putts and they, on the other hand, made a lot more putts than us,” said Atwal.

While his team fell short on the final day, Atwal was delighted to witness the talent on display, particularly from the young Thai duo of Poom Saksansin and Phachara Khongwatmai.

“The sky’s the limit for them.  It’s unbelievable.  They are all fantastic players.  I got to know some of these guys a lot better this week and by just watching them play, I know they can achieve anything they want.  They can win majors.  They can win big tournaments on big tours.  There’s no limit,” added the Indian.

Poom, who was making his debut at the EurAsia Cup, showed no fear as he brought down seasoned Ryder Cup campaigner Paul Casey in the Singles match by one hole. Together with Korea’s Sunghoon Kang, the 24-year-old also created the biggest upset on the opening Fourballs when they won 5&4 over Henrik Stenson and Alexander Levy.

Phachara proved to be another star in the making when he put up a masterclass in putting in the first two days. The young Thai put two points on the board for Team Asia and showed he can be the man for the big occasion.

“Look at the way he (Phachara) handled himself under pressure.  If I was 18, I don’t know if I would be able to do what he did this week by playing in this type of pressure,” said Atwal.

With the conclusion of the third edition of the EurAsia Cup, Atwal hopes to revive his memories and stand proud as a captain one day again.

“I had a lot of fun and I had an absolute blast this week. Even though we didn’t win, they are all champions and for me personally, I would do this in a heartbeat again,” said Atwal.