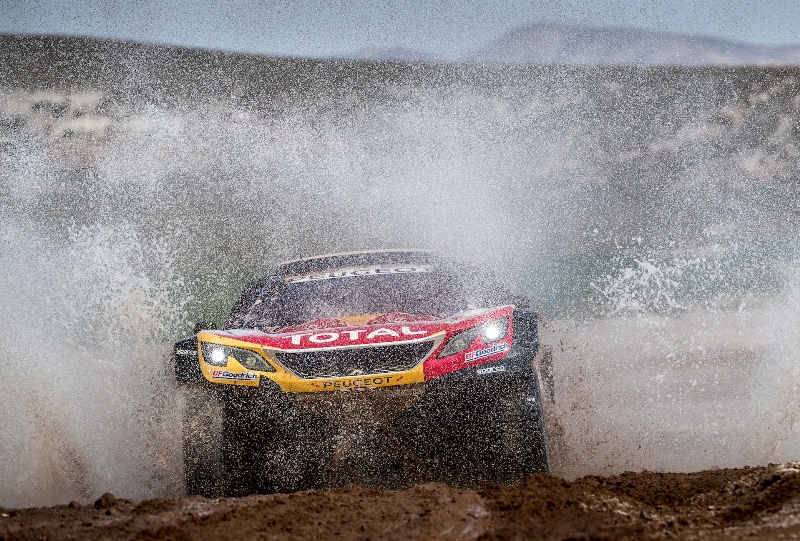 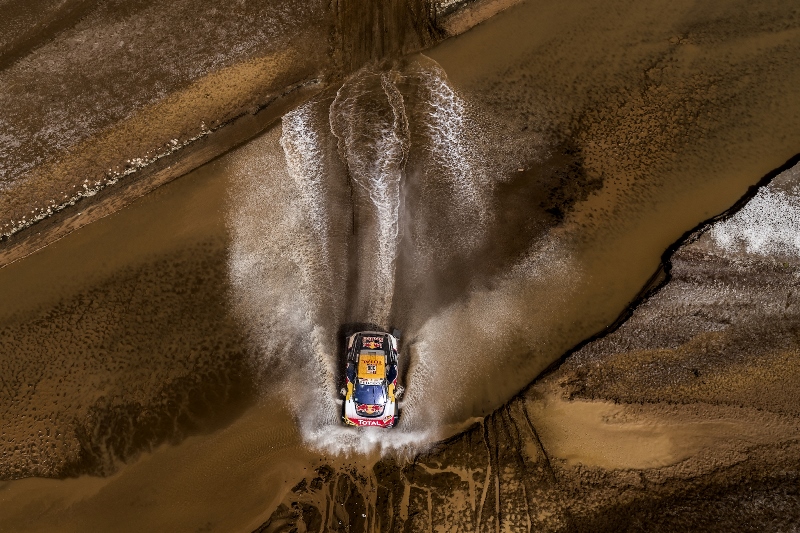 On the second part of the marathon stage on this year’s Dakar Rally, competitors embarked on 498 competitive kilometres (including the highest point of the rally at 4786 metres), all without the usual preparation offered by overnight service. The Team PEUGEOT Total crews handled the challenge perfectly: Carlos Sainz/Lucas Cruz continue to lead overall, while Stéphane Peterhansel/Jean-Paul Cottret and Cyril Despres/David Castera recovered from yesterday’s delays to finish one-two on the stage: the fourth double for PEUGEOT.

“Last night in the parc fermé, Jean-Paul and I did the minimum, with Cyril, David and the crew from our racing truck instead taking over to prepare our car. Today was a long stage with high altitude, and it was not easy to stay focused. I immediately felt confident at the wheel of my PEUGEOT 3008DKR Maxi, and I could attack just as if it had been prepared in regular service. We won the stage, but only by two minutes, when we are more than an hour behind overall.”

“We had only four hours of sleep last night but we are getting used to it! Today, everything went very well. Despite many potential pitfalls with the navigation, we found a good pace. There was always a car in front of us, which helped pull us along and I think we passed 18 of them despite the dust, not to mention the bikes and the quads! It was incredible: we climbed to over 4700 metres before descending. It was magnificent.”

“Considering the gap that we have overall, and considering that we were opening the road, we had to take it easy. Opening the road was not easy, especially in the beginning where there a lot of off-road driving, a lot of camel grass and some difficult places to cross. The second part was much easier with more visible tracks. The 3008DKR Maxi worked very well.”

Stéphane Peterhansel is known as ‘Mr Dakar’ for his unmatched record of success on the event. He claimed six wins in the bike category during the 1990s, while his 2017 victory was his seventh car win and 13th in total. He’s also won more stages than anyone else, a record he consolidated today with his 40th victory in a car and 73rd in all. There’s only one record he could still beat this year: for the most wins in one category. The Frenchman is currently tied with Vladimir Chagin, who has seven wins in the truck category.