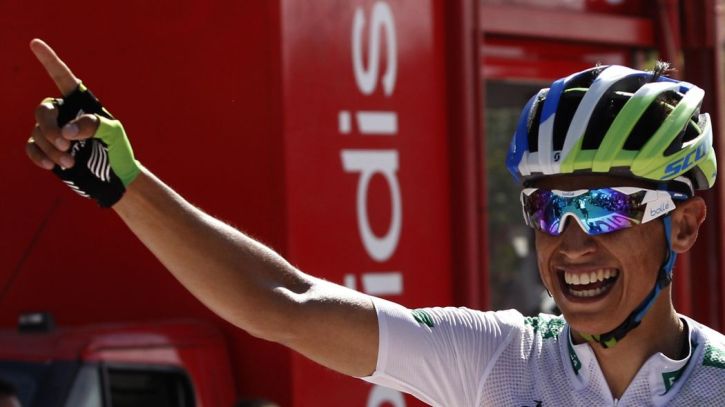 Costa Rican Andrey Amador had started the 210km stage from Alpago to Corvara as the new race leader after dispossessing Luxembourg’s Bob Jungels after a first day in the mountains on Friday.

But in what was a hugely disappointing day for Movistar, Amador and his team leader Alejandro Valverde finished nearly four minutes behind Chaves after the Orica team rider dominated a four-man sprint to the line after they had launched a dramatic chase of Colombian Darwin Atapuma (BMC) in the closing kilometres of the six-climb thriller.

Italian favourite Nibali, the 2013 champion, failed to get the stage win but the Astana team leader crossed the finish just 37 seconds in arrears to build a significant advantage on Valverde, one of his main rivals for overall victory in Turin on May 29.

Kruijswijk, of the Lotto team, now leads the race with a 41sec lead on Nibali and a 1:32 lead on Chaves heading into Sunday’s 15th stage time trial, a 10.8km race against the clock which is mostly uphill. – Agence France-Presse