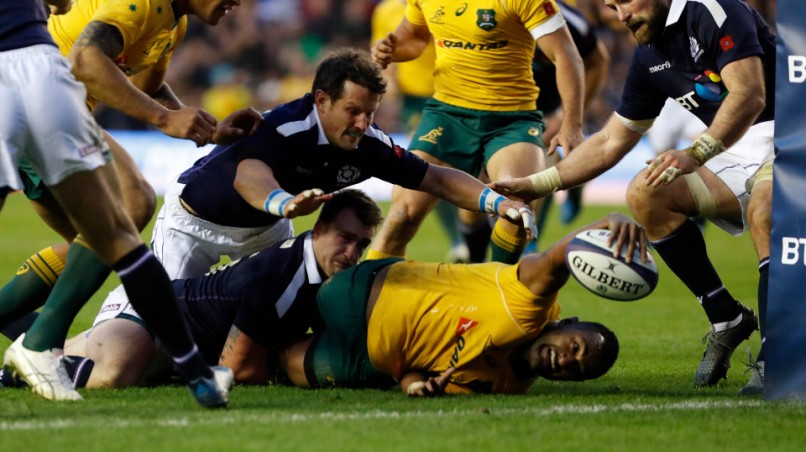 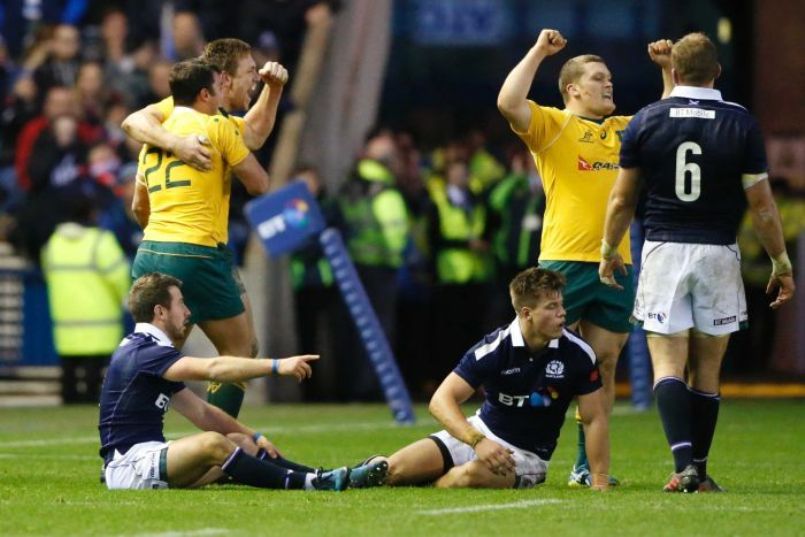 Australia head coach Michael Cheika was scathing of his team’s concentration as the Wallabies salvaged their Grand Slam tour ambitions with a late converted try to beat Scotland 23-22 at Murrayfield.

Australia showed little of the attacking flair that got their end-of-year European tour off to a flying start with a 32-8 win against Wales in Cardiff the previous Saturday and needed a 75th-minute try, converted by fly-half Bernard Foley, to overcome a Scotland side who outscored them 3-2 on the try front.

For the Scots it was a painful echo of the 35-34 World Cup quarter-final at Twickenham 13 months ago when Foley nailed a controversial 79th-minute penalty, but for Australia it kept alive their hopes of emulating the Grand Slam they achieved on tour against England, Ireland, Wales and Scotland in 1984.

“I don’t think we had 100 percent match focus today. I could see it in the line speed in defence. I equate that to not having the focus necessary at the right level.

“But we were able to improve that and battle through and get some parity there.

“We didn’t get the cleanliness of our game that we wanted. But I know there are going to be games like that on this tour where you’ve got to just scrap it out, and we were able to do that.

“It’s still a work in progress. We’ve got a very inexperienced squad as a whole and going through a game like this is an experience for them.

“It will prepare us well for what we’ve got to do going forward.”

It was a hard-fought victory that came at a potential cost, lock Adam Coleman departing in the fifth minute with a knee injury that could keep him out of the remainder of the tour.

“He looks like he’s strained a medial ligament in his knee,” said Cheika. “He’ll go and get some pictures now and then we’ll see what that presents for him -– whether he can stay on or whether he’ll have to go home.”

Australia’s other try came from centre Reece Hodge, his second of the tour, while Foley landed five kicks out of five, two conversions and three penalties.

“It’s easy to panic in those situations but I thought we stuck to our game pretty well,” he said.

“We know what it’s like to be on the other side of a result like this and I feel for Scotland. It’s not a nice way to finish a game.”

“I wouldn’t necessarily say the best team won,” said Scotland head coach Vern Cotter. “I’m very proud of the players. They played with immense courage, I just think we didn’t get the rub of the green at times.

“We’ve got Argentina in a week’s time and we need to get rid of the disappointment of this game, knowing that there were some really good things out there and we’ll build on those good things.” – Agence France-Presse