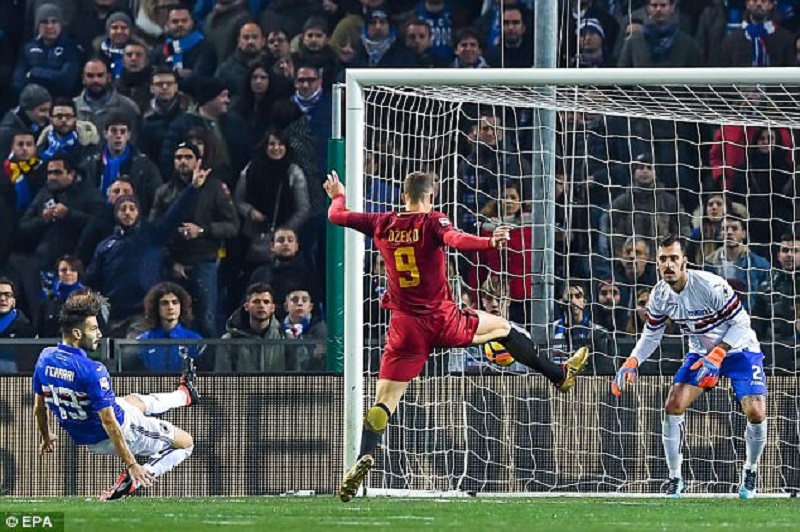 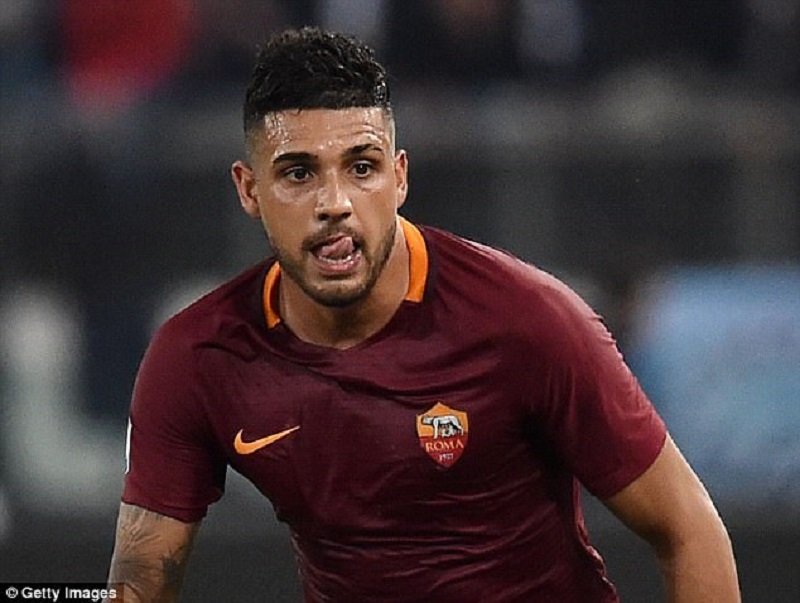 Chelsea-target Edin Dzeko grabbed a late 1-1 draw for Roma at Sampdoria on Wednesday as Lazio powered past Udinese 3-0 to boost their push for a Champions League spot next season.

Roma sporting director Monchi had earlier denied a deal had been reached with Chelsea over the sale of Bosnian striker Dzeko.

And the 31-year-old showed his worth when he nodded in a crucial injury time goal to grab a point after Fabio Quagliarella’s penalty had given Sampdoria the lead just before the break.

Roma stay fifth after missing the chance to join Inter Milan in fourth, the final Champions League spot next season, in their game pushed back from September 10 due to weather warnings in Genoa.

“Dzeko has made himself available despite all the transfer rumours, he is a player who is seen little but is always there,” said coach Eusebio De Francesco of the former Manchester City and Wolfsburg player.

“He proved himself to be a great professional, a decisive player and someone who is good for this team.

“The future is a choice for the company (Roma). Once the transfer market ends we will see the real Dzeko.”

Earlier third-placed Lazio overran Udinese in a game rescheduled from November 5 because of rain in the capital to pull three points clear of Inter Milan.

Simone Inzaghi’s Lazio are eight points behind leaders Napoli after 21 games and seven adrift of champions Juventus in second.

“Lazio have surprised many people. We are up there now and they’re starting to talk about us a little more,” said Inzaghi.

“At the start of the season, nobody expected this.

“We’re third and we must try to stay there until the end, even if it will be difficult to maintain this pace.”

Despite the absence of leading scorer Ciro Immobile through injury, Lazio followed on their 5-2 win over SPAL and 5-1 win over Chievo in their last two games.

The first goal came after 22 minutes when Brazilian Samir accidentally turned the ball into his own net.

Brazilian Felipe Anderson set up Portuguese winger Luis Nani two minutes after the break and then scored the third himself with three minutes to go.

“We were always in the game, but their second goal knocked the wind out of our sails.

“I’m sure they’ll fight to the end for a place in the Champions League.”

Roma had been looking to return to winning ways for the first time in five games to join Inter on 43 points.

But despite a string of chances De Francesco’s side had to settle for a point which leaves them two points behind Milan.

Sampdoria opened with a penalty awarded after consultation with VAR (Video Assistant Referee) although Roma dominated without getting the breakthrough until Dzeko picked up a cross from teenage substitute Mirko Antonucci.

It was the Bosnian’s tenth goal of the season and comes amid reports that a move to the English Premier League is imminent.

“At this moment I don’t like the offers that we have received, so we do not take them into consideration,” Monchi said before the game.

“All the clubs in the world listen to the offers that come, we are ready to listen and then decide.

“Now Edin is here and we are happy. This means that what arrived (bids) was not good.”

Roma play Sampdoria, one place below in sixth, again on Sunday in the Stadio Olympico, with Lazio visiting AC Milan. Agence France-Presse