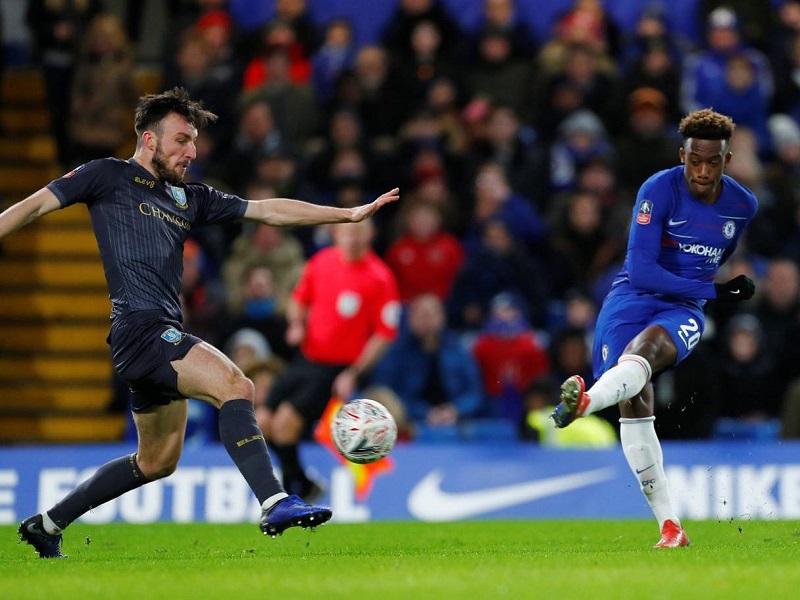 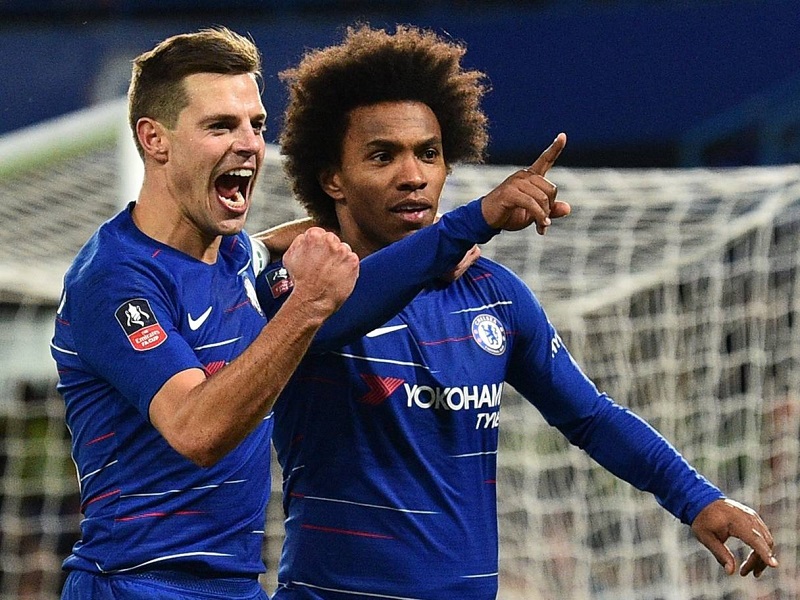 Chelsea 3-0 Sheffield Wednesday: The 18-year-old, who handed in a transfer request this week amid interest from Bayern Munich, added the second goal of the night for the Cup holders

It was a game that was supposed to be about Chelsea’s new arrival, but ended up mostly about someone who is likely on his way, as the club continued on their way through the FA Cup.

Callum Hudson-Odoi scored this FA Cup fourth-round tie’s clinching second goal in between Willian’s two to ultimately beat Sheffield Wednesday 3-0, just a day after the teenager reportedly put in a transfer request with Bayern Munich so keen on signing him.

Gonzalo Higuain was much quieter on his Chelsea debut, only getting two chances, and having one deflected before snatching at another. His most meaningful contribution was perhaps handing that penalty to Willian for the first goal, and that also provided the most meaningful discussion of the match beyond Hudson-Odoi given how it came.

The aim of VAR is obviously to eliminate as much error and thereby questions separate from performance as possible, but the latter is always going to be so much more difficult when the system is still only used in certain venues.

It is thereby fair to wonder how this match might have turned out had it been Hillsborough, after all, where the technology would not have been in place because it is a Championship ground. VAR thereby only added to the variables and unknowns about this match, even as it made two undeniably correct decisions.

For the first, Ethan Ampadu had attempted to challenge Joey Pelupessy in the box, only for the Wednesday player to appear to make contact with him. A penalty was initially given by Andre Marriner. Even as Stamford Bridge were already chanting for “VAR!” as if this was some kind of wrestling event, though, the referee was getting the footage checked.

The decision was rightfully overturned. 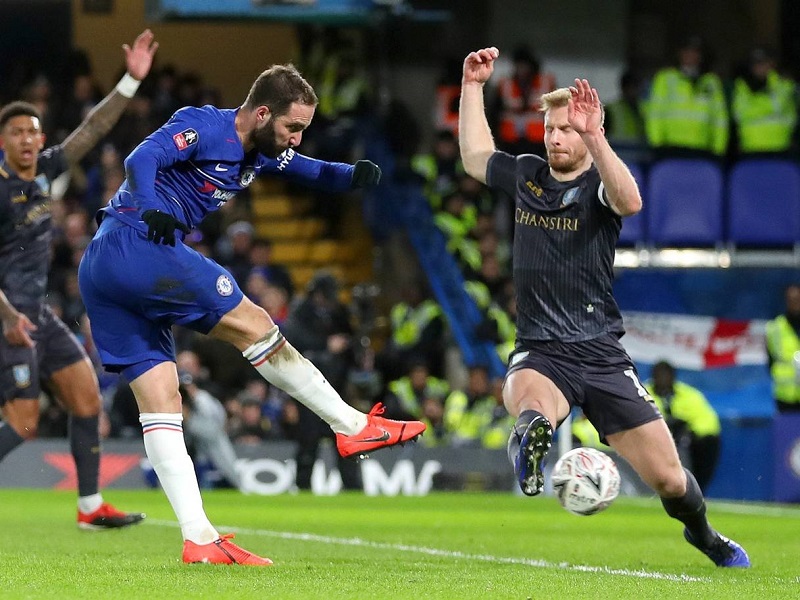 It didn’t take too long until Marriner was consulting VAR again, but this one seemed much more clear cut as former Chelsea player Sam Hutchinson stood on Cesar Azpilicueta’s foot.

A penalty seemed obvious, even if the taker was less so.

Willian eventually stood up after trying to give the ball to Higuain, and finished well past Keiren Westwood.

Even at that early point, it was difficult not to feel the game was finished, too, that the Championship side had their big moment at doing something.

Once that had gone, it seemed like any chance of an upset was, too. Chelsea were now in too much control.

So, rather than a match where it looked like Wednesday had any chance of making it to the fifth round, it became an occasion where some of the home players were trying to make cases for themselves.

Ampadu had been good in the Jorginho role, with the Brazilian rested, but not as good there as Mateo Kovacic. The Croatian stepped in there after half-time, and even stepped up after what had been a good first half, where he set up Higuain’s best chance with a sublime through ball.

It was of course the Argentine that had been centre of attention, but someone else began to change that, and from out wide. Hudson-Odoi increasingly got on the ball, and increasingly looked like scoring.

That it came was little surprise, but neither was the supplier. Putting in a sparkling display, Kovacic lifted the ball over the Wednesday defence for Hudson-Odoi to collect, cut inside and finish.

It was already one more assist from the role than Jorginho had provided, and one more illustration why the club are so desperate to keep Hudson-Odoi.

Wednesday couldn’t get close to him, and Chelsea were soon completely out of reach. Willian claimed his second of the game with a sweet volley into the corner six minutes from the end.

The VAR debate hasn’t quite finished yet, nor has Hudson-Odoi’s time at Chelsea. The hope for Higuain, though, is that he’s just getting started. independent 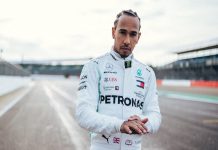 The unique appeal of Lewis Hamilton