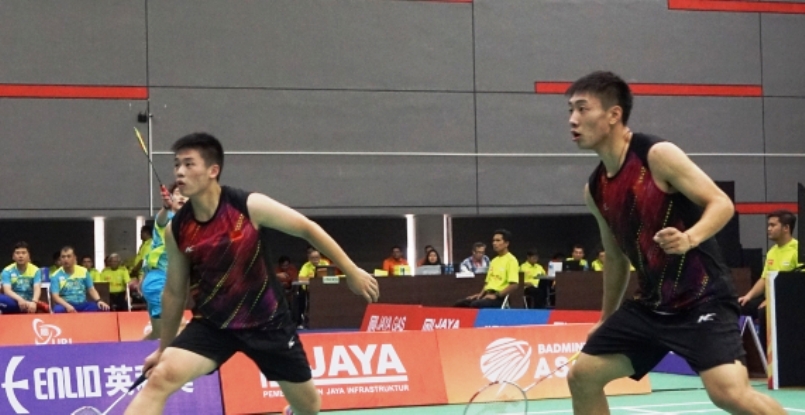 China made a clean sweep of all the titles in Bangkok last year but the Chinese suffered a jolt in this year’s Badminton Asia Junior Championships which ended in Bintaro, Jakarta on Sunday.

The Chinese return home with only two titles in the individual events this year but are not ready to reclaim their status as the badminton powerhouse.

It was a double blow for China who also lost the Sudirman Cup mixed title for the seniors earlier this year.

South Korea, the top seeds in this year’s Junior Asian meet, after four successive defeats to China in the mixed team title since 2013, finally laid their hands on the trophy with a 3-2 win over second seeds in an entertaining final which went down the wire.

The Koreans are establishing themselves as the new mixed team “kingpins” which coach Kim Hak Kyun described as the “beginning of new era” for badminton in the country.

Indonesia too have thrown strong signals that they have juniors who will be players to watch in the coming future. Among them are names like Gregoria Mariska who was the top seed in the girls’ singles.

The 17-year-old however had to pull out of the individual events after coming down with body cramps while playing in the mixed team final.

China, despite the failure to retain the mixed team title, walked away with two titles in the individual events – the girls’ singles (Han Yue) and boys’ doubles (Di Zijian-Wang Chang) – while Liu Xuanxuan-Xia Yuting reached the boys’ doubles final.

The boys’ singles title went to Malaysia’s national Under-21 champion Leong Jun Hao with China’s newcomer Bai Yupeng finishing runners-up. For the record Han Yue and Yupeng were playing in their first international tournament in the Asian Junior meet.

It was also encouraging to note Myanmar’s Thet Htar Thuzar scalped Thailand’s sixth seed Chananchida Jucharoen in the first round and went on to reach the fourth round before being shown the exit.

Both players will don their country’s colours in next month’s Sea Games in Kuala Lumpur. Thailand are the defending women’s team champions.

The even spread of medals in Jakarta is a welcome sign that China’s domination is coming to an end. However the encouraging show by smaller badminton playing nations is something Badminton Asia is proud of. In Bangkok last year the Chinese swept all the titles at stake in the individual events apart from the mixed team title.

At the end of the Badminton Asia’s Junior Championships in Jakarta on Sunday the Chinese could win only two titles while Korea (girls’ doubles) Malaysia (boys’ singles) and Indonesia (mixed doubles) won one each.

It left many happy that Badminton Asia’s development programs is paying dividends and the progress made by these countries is a step in the right direction to raise the level of the shuttle sport in their respective countries.

China’s team manager Lu Sida acknowledged the rise of Korea, Japan, Indonesia, Malaysia, India and Thailand are strong signals that badminton will not be dominated by a single country anymore.

“We are aware that China has a fight to stay dominant but it is encouraging to see the rise of our rivals. Our failure to retain the mixed team title is a warning,” said Lu Sida. – BADMINTON ASIA