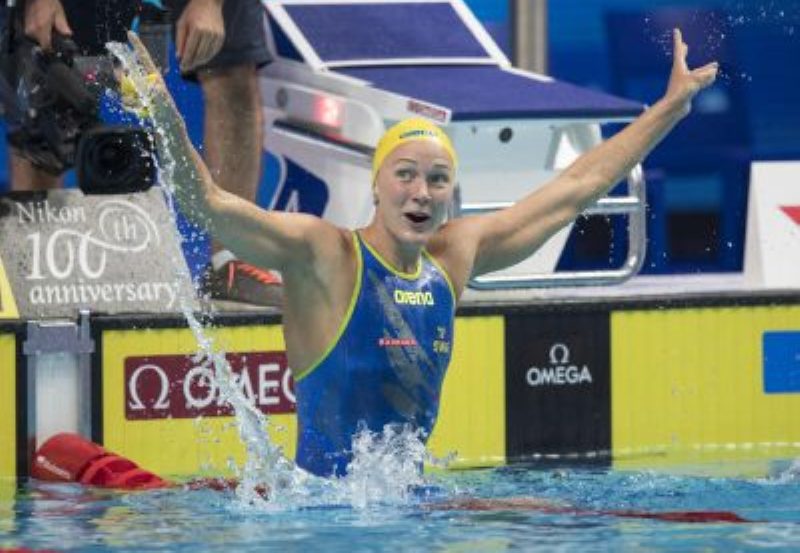 Sarah Sjostrom of Sweden won the women’s 50m freestyle gold at the world championships on Sunday for her third sprint title in Budapest.

Sjostrom clocked 23.69 with Ranomi Kromowidjojo of the Netherlands silver at 0.16 back and Simone Manuel of the United States earning bronze at 0.28 to set a new Americas record of 23.97.

Sjostrom was just 0.02 secs off her own world record which she set on Saturday night in qualifying for the final as she produced another storming display.

The Swedish sprinter now has three individual golds in Budapest after her wins in the 50m and 100m butterfly finals.

However, she had to settle for a disappointing silver in the 100m freestyle on Friday when she lost by just 0.04 to Manuel.

“I didn’t think my first freestyle gold would be in the 50m, but there you go,” she said, referring to Friday’s defeat on the wall.

“I’ve been chasing the freestyle, so it’s good that I won this. That was not a perfect race, so I was surprised when I saw the time.

“It was a very fast first 25, although the finish was very bad, but finals are all about winning the gold.

“It would be nice to see how fast I can swim in this distance when I get even stronger,” she said with one eye on the Tokyo 2020 Olympics.

Sjostrom will leave Budapest with two world records after she became the first woman to swim the 100m freestyle under 52 seconds last Sunday. – Agence France-Presse