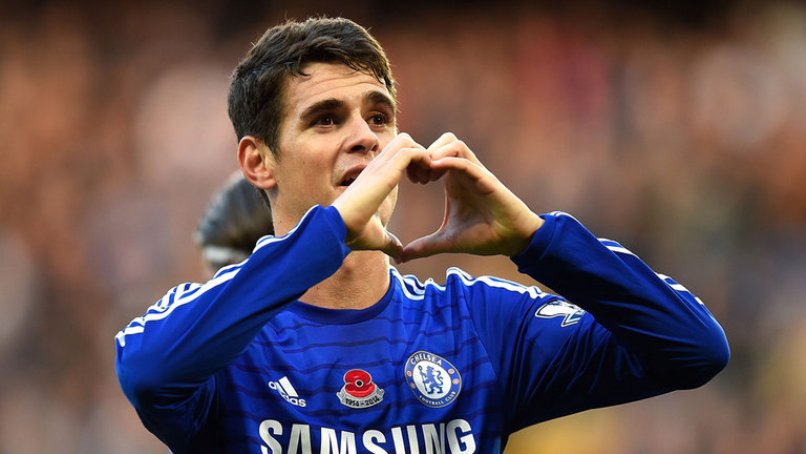 “Biggest”, “hugest”, “most ever”. Analysts are piling up the superlatives as China prepares to splash out astronomical sums for footballing talent during the winter transfer window in deals that analysts say involve more money than sense.

And even before this year’s starting whistle on Sunday, Chinese sides have already begun offering record-breaking sums to lure top talent onto the pitches of the world’s second-largest economy.

On Thursday, Shanghai Greenland Shenhua said they had signed Argentine striker Carlos Tevez to a two-year contract, with sources saying he would earn around 38 million euros ($40 million) a season, making him the world’s best-salaried footballer.

The announcement came quick on the heels of Shanghai SIPG’s swoop on Chelsea’s Oscar for a reported $73 million fee.

“Money in every area of the game is going through the roof,” said David Hornby, of the Shanghai-based Mailman Group.

“Transfer fees, rights fees, China tours and sponsorship are all increasing fast so there’s absolutely no reason to think this will slow down this year.”

Mark Dreyer of China Sports Insider said that last year “the world was taken by surprise”, but now “the element of surprise is gone. Everyone is expecting the same thing”.

While China is bad at soccer it is very good at buying talent.

“There is an appetite by the billionaire owners to outdo each other and continue to land more big name players,” said Marcus Luer, founder and chief executive of marketing agency Total Sports Asia.

Whereas last year Chinese teams were mostly signing “unknown” Brazilians, this year “there’ve been rumours flying around for pretty much every big name player,” Dreyer said.

Even world superstar Cristiano Ronaldo’s name has been put in the mix, his agent told Sky Italia, saying that the four-time Ballon d’Or winner had been offered 100 million euros a year to hit the Chinese pitch.

“But money is not everything,” he said. “They can buy a lot of players, but then again, it is impossible to go for Ronaldo.”

The world-beating deals are part of a Chinese rush into football that seems to be driven more by political calculations than fiscal ones.

China’s national team is ranked a lowly 82nd in the world — just below the Caribbean island nation of St Kitts and Nevis, population 50,726 — but Chinese President Xi Jinping has declared his hopes of the country one day hosting and winning a World Cup, prompting a flood of money into its top professional teams.

In addition to the mind-boggling sums the country has spent on players, Chinese investors have snapped up foreign sides and broadcast rights.

The enormous outlays do not make much economic sense: tickets to watch even the most popular Chinese Super League (CSL) teams play go for next to nothing and broadcasting rights for domestic games are a bargain.

“You can’t make money by spending the kinds of sums that people are spending on top-end players,” China Sports Insider’s Dreyer said, explaining: “You just aren’t going to see the revenues come back through the clubs.”

Then how do owners justify the outlandish sums? Politics is part of the equation, said Mailman Group’s Hornby.

“You know there is a far larger national objective than simply boosting the strength of a squad,” he told AFP.

But while the huge figures make good headlines, Dreyer believes they are terrible for the development of China’s domestic soccer talent.

“A lot of this money is being spent on salaries for foreign players, when it should be spent on youth academies,” he said.

It is a fact that has not been lost on China’s government.

Earlier this month, the official Communist Party mouthpiece the People’s Daily warned that the explosive growth in Chinese football spending was a bubble, noting the eight billion yuan ($1.15 billion) in overall spending this year “far exceeded the economic value brought to the league”.

And last week, the Chinese Football Association announced it would lower club quotas for foreign players.

“High-level foreign players have brought energy to the CSL and made CSL games more enjoyable,” it said, “but they have created financial burdens for clubs and reduced opportunities for mainland players”. – Agence France-Presse