Home 2023 China’s Carl Yuan eyes strong start to get back on track at... 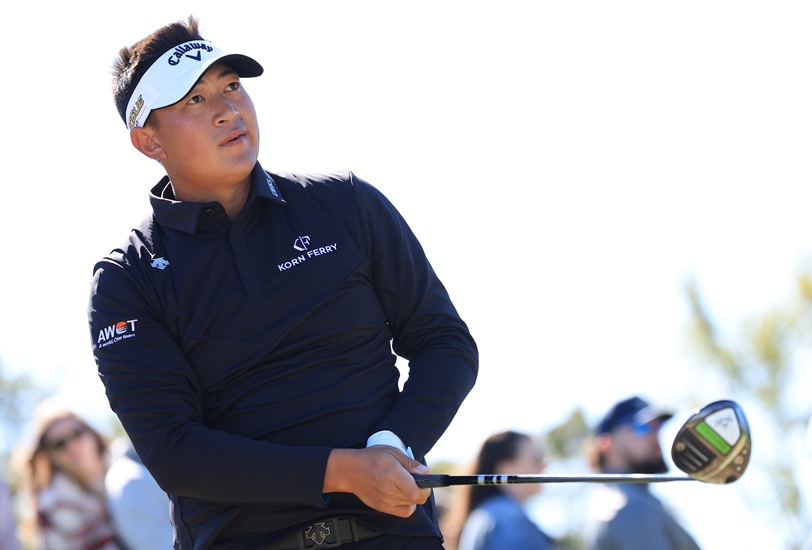 China’s Carl Yuan is eagerly anticipating a strong start to the new year at the Sony Open in Hawaii this week after grinding through the off-season in hope of relaunching his 2022-23 campaign on the PGA TOUR.

The 25-year-old Yuan endured a difficult start to his debut season by missing the first three cuts during the fall events before notching a pair of top-40 finishes in November. After finishing second on the Korn Ferry Tour points list which earned him a dream PGA TOUR card, the aspiring Chinese golfer had high hopes of making an immediate impact against the stars of the game but found life challenging instead.

“In the fall events, I did not perform very well and my form actually did not play out. Perhaps my adaptation to the golf courses still needs to be strengthened. In fact, I have a lot of shortcomings,” admitted Yuan ahead of his maiden start at Waialae Country Club in Honolulu this week.

“After a relatively long season on the Korn Ferry Tour (last year), I did not adjust well physically. Last season was quite tiring and then I started playing on the PGA TOUR right away. In this regard, I am sure I still need to get stronger. Fortunately, it was time to take a winter break to give myself time for some adjustments.”

Yuan, who posted one win and eight other top-10s on the Korn Ferry Tour last season, decided to put in the extra work towards the end of last year as he spent hours at the range and gym while working on the mental aspect as well to sharpen his thought process.

“During winter, it was all about practicing, working on my swing and physical training. I didn’t take much time off. I had an initial week off to let my body recover at the start and adjust my mind, and then I also had a lot of training on my mental side. I hope I can use them better this year,” said Yuan, who represented China at the Tokyo Olympic Games in 2021.

“I think I have made some overall progress. I have added specialized training, and I’m still practicing my short game and iron game, which are quite important to me. In the tournaments where I did well, it was basically these two areas that were outstanding which led to good results.”

With a top field gathered at the Sony Open, which marks Sony’s 25th anniversary as title sponsor, Yuan will face the likes of defending champion Hideki Matsuyama and President Cup stars Jordan Spieth, Tom Kim, Adam Scott, Sungjae Im and Si Woo Kim. Compatriot Marty Dou, who is enjoying a second stint on the PGA TOUR, will also launch his 2023 campaign in Hawaii this week.

Yuan is determined to keep shooting for the stars, despite his tough introduction to the PGA TOUR.

“My goal is definitely to win the tournament this week. It’s my first tournament of the new year, so I hope I can play my best, and hope the winter training will help me. The goal this year will be to qualify for the FedExCup, get to East Lake (TOUR Championship), and get a win.”

In contrast, Dou’s start to the 2022-23 season was a bit more rewarding with two top-25s and three other made cuts. The 25-year-old will make his second start at the Sony Open in Hawaii as the ranked 94th golfer on the FedExCup points list.

However, his off-season preparation was hampered when he caught COVID-19 while in China, although his marriage registration to sweetheart Muyu proved to be a key highlight. “I caught COVID and quarantined at home. As such, I didn’t do too much practice but I feel I rested and I’m at full strength,” said Dou.

“Looking at my last few events, it didn’t meet my expectations but I made more cuts. I feel my shots are more consistent now but I am expecting more. My goal this year is to enjoy some breakthroughs as soon as possible … aim for a first top-10, and then a top-5, before trying to create opportunities for a win.”