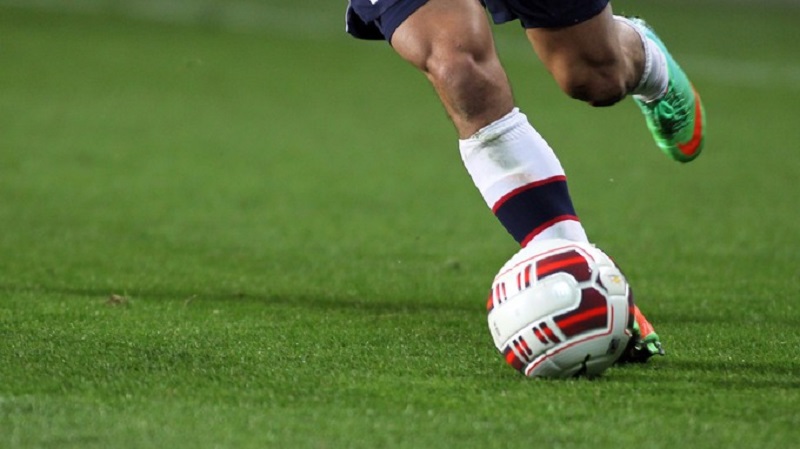 Arriving in Brazil, Chinese footballer Long Yushuo took on the more easily pronounced name Thomas, but it’s the locals’ skills with the ball that he’s really hoping to adopt.

Thomas, 16, is one of a squad of youth players from Chinese team Shandong Luneng dispatched to polish their game at Desportivo Brasil club in Porto Feliz, near Sao Paulo, which Shandong bought in 2014.

The idea is that the 22,400-mile (36,000-kilometer) round trip will enable these youngsters to bring back something that all the money and desire in China’s burgeoning football scene cannot otherwise get — Brazilian footballing magic.

When Thomas and another 22 players from the under-16 side arrived from Jinan, capital of Shandong province, in April, they knew little of Brazil.

Along with football practice, they study Portuguese in the quiet town of 50,000 people. But Thomas, who picked his name in honor of Bayern Munich’s Thomas Muller, is clear about what his principal lesson has been in Porto Feliz.

“Technique,” he said, alongside his teammates, who all wore Shandong’s orange strip.

China may not have much footballing pedigree but, encouraged by President Xi Jinping and lavish spending, it is working to catch up quickly.

Luneng, a subsidiary of the chief national electricity company, is one of the big investors in the expansion plan, which has made China the world’s fifth biggest transfer market in 2016. Of all the foreign imports to the Super League, the 21 Brazilian players comprise the biggest contingent.

The national team, though, has yet to see much benefit. China lags in 60th place in FIFA rankings and did not qualify for next year’s World Cup.

So China’s strategists decided to try to unpick the secrets of Brazilian football so that the next generation can get the missing edge.

“This exchange was created so that they can achieve a similar quality to that of the players here,” Desportivo Brasil technical coordinator Rodrigo Pignataro told AFP.

“They are very disciplined, but they lack nous, cheekiness and flexibility and autonomy. That’s what the Brazilian boys have.”

Desportivo Brasil is not an ordinary club, but more like a training academy, so the Chinese are in good hands.

The club hosts another five Chinese players from the under-20 team as well as 130 Brazilian players ranging in age from 14 to the club’s own third regional division professional team, all seeking the excellence that will let them break through to the top level.

For the youngsters in Porto Feliz, where Brazilian and Chinese flags fly side by side, the future should be bright.

“This is the group the Chinese government wants to serve as the core of a team for the Tokyo 2020 Olympics and the World Cup in 2022. We have a heavy responsibility,” Pignataro said.

After swotting over history books and other academic classes in the mornings, the main focus is getting out onto the training field.

Vitinho, a skillful forward, has done three seasons in Porto Feliz and is now part of the under-20 team. Given how integrated the 18-year-old is — even becoming a fan of Brazilian funk music — few remember that his real name is Liu Chaoyang.

“I want to play in Europe, but I need to work a lot to improve,” he said in fluent Portuguese.

The same might be said for the whole Chinese experiment, but Zhao Shuo, a 25-year-old assistant coach, says he’s ready to take the time.

He’s spent two months following his Brazilian counterparts around and says the only area where he might have the advantage is in the iron discipline associated with Asian teams.

“Football needs time because it’s a kind of education and education is not a short-term thing. Maybe we will need 10 or 20 years or more,” he said in English, pointing to Japan as an example.

“We have to learn from our neighbors and be patient,” he said, never taking his eyes off the action on the field.-Agence France-Presse