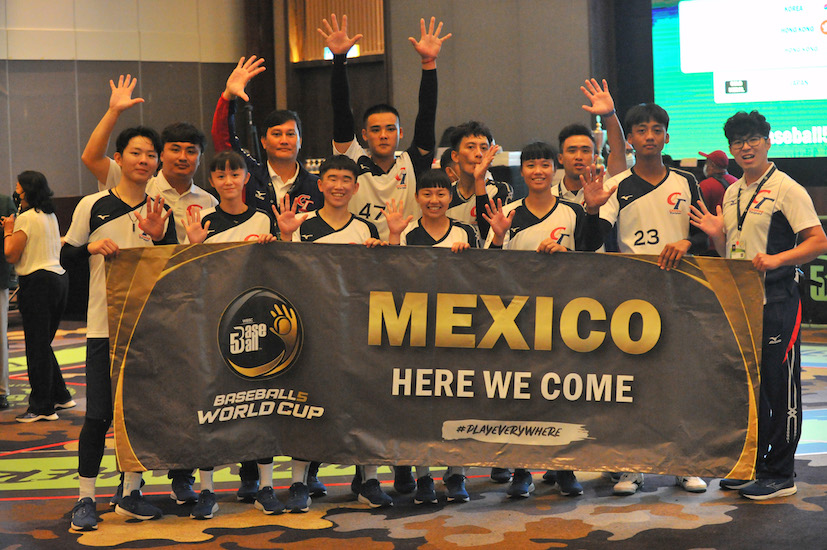 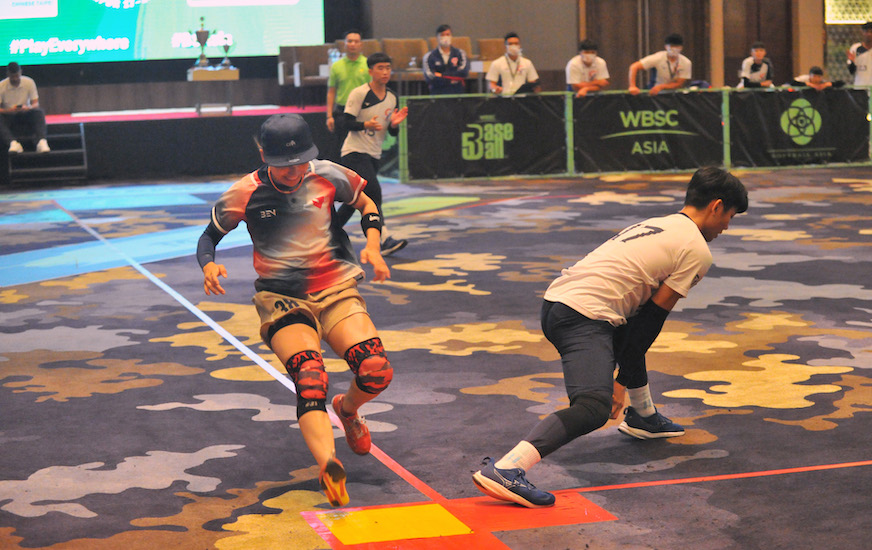 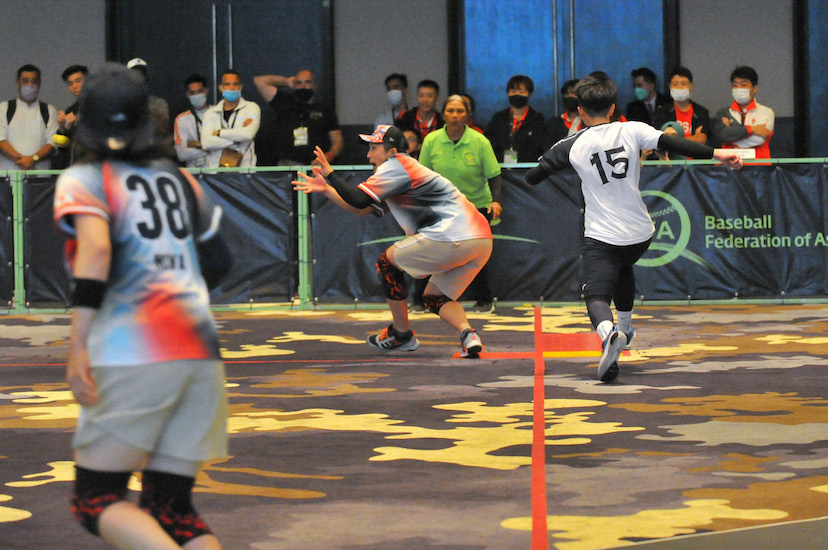 Japan bent on seeking revenge for the Super round defeat to Chinese Taipei 3-1 (in a single game format) on Thursday, put up a determined effort, but Chinese Taipei who had a clean winning record throughout the tournament was not about to surrender the status easily.

Although both Chinese Taipei and Japan had already qualified for the World Cup in Mexico in November, the battle for the coveted challenge trophy and the prestigious title of champions of the inaugural, saw the battle fast, furious and exciting.

Japan were represented by their National Baseball5 league runner-up Five Stars who took the place of champions Tokyo Verdy Bambaataa, who could not make it, maybe disappointed, but they certainly did well as a club team.

As for Chinese Taipei who were represented by a relatively young team with an average age of 22, and have proved to be a formidable force.

“We selected this team from 64 University players comprising baseball and softball players who attended trials and selected the team of 8 players to attend a ten-day camp before coming here,” said Kuo Yung-Chin, the manager and head coach.

“Under the circumstances, we have done well very and this team certainly has a great future. It is great to be number one in Asia for Baseball5.”

Korea who qualified for the World Cup as the third-placed team in the tournament had to dig deep into their reserve to defeat a determined Hong Kong 2-0  (3-1; 9-8 tie beaker ) in the third placing match to book their berth.

While Hong Kong were pushing hard after their first game loss, Korea had to come from behind (trailing 2-4) in the final and fifth inning in the second game to pull level 4-4, to force the game to move to tie-breaker and 6th game.

After the 6th inning, which saw both teams score a run to tie again 5-5, Korea once again had to play the chasing game as Hong Kong batting first had 3 runs for an 8-5 score in the 7th inning.

In the final inning 8th inning in a walk-off decider, where only one run decides the winner, Korea prevailed to disappoint Hong Kong in a decider game.

In the first semifinals, Korea tried hard to outdo pre-tournament Japan but had to bow out 0-2 (3-5; 1-4) for a third placing playoff.

It was a closer game between the two as compared to the Super round match on Thursday when Japan beat Korea 15-0 in a single game.

In the first game Korea, had an edge in the second inning when they led 3-2, but scored three runs in the third inning and maintained the lead in the final inning to win.

In the second game after a 0-0 first inning, Japan went to take the lead with 3 runs in the second and added another in the third and while took a run in the 5th inning, to wrap up the game 4-1.

At the prize-giving ceremony, Datuk Low Beng Choo, the Softball Asia President and Secretary-general of the World Baseball Softball Confederation (WBSC), said she hope that the three Asian teams who have qualified for the World Cup will do well.

“We have done well here at the inaugural tournament here with some great games and high standards, but it will be a different kettle of fish in Mexico where the standards will be even higher,” she said.

“Let us together in Asia raise our standards to match the world powers in Baseball5.”

She later presented the Challenge and Replica trophy and medals to champions, Chinese Taipei.