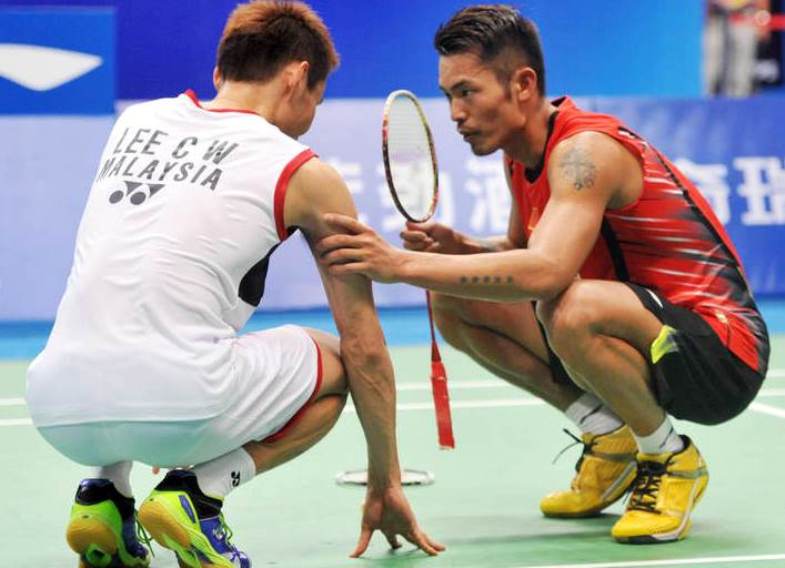 World No 1  Datuk Lee Chong Wei of Malaysia has set up a semi-final clash against China’s five-time World champion and two times Olympic champion Lin Dan in the 17th Asian Games in Incheon.

The semi-final is dubbed the “Battle of the Titans” but, both Chong Wei and Lin Dan have been far from impressive in Incheon and the clash will be a repeat of the 2010 Guangzhou Asian Games men’s singles final which was won by the Chinese Superstar.

On Saturday, Chong Wei, the top seed, was disappointed with himself in his match against Vietnamese tough nut Nguyen Tien Minh. The Malaysian’s fitness looked suspect during the 75 minutes he was on the court before walking away with a 21-23, 21-16, 21-17 win to keep his title hopes alive.

The first set was a closely fought affair with the Vietnamese coming off triumphant in 27 minutes. The second set went Chong Wei’s way but not before surviving some anxious moments with his erratic performance. In the rubber Chong Wei led 16-10 but allowed the Vietnamese to draw level at 17-17. Chong Wei, somehow checked the slide to win 21-17 in 26 minutes and stay alive.

Lin Dan himself had a tough time against Japanese ace Kenichi Tago before winning his quarter-final encounter 21-14, 21-18 but has been strongly tipped to battle for the gold medal. The win over the third seeded Tago in 46 minutes showed that Lin Dan is very much alive although he has cut down on his international assignments.

The last time Chong Wei and Lin Dan met was in the last year’s World Championships where the latter won his fifth world title. Lin Dan also beat the Malaysian in the final in the 2008 Beijing Olympics and the 2012 London Olympics.

Meanwhile, Indonesia celebrated success at the Gyeyang Stadium when Polii Greysia-Maheswari Kitya Krishinda, seeded only seventh, upset top seeds and hot favourites Ayaka Takahashi-Misaki Matsutomo 21-15, 21-9 to win the gold medal. It was a thriller all the way although the scoreline.