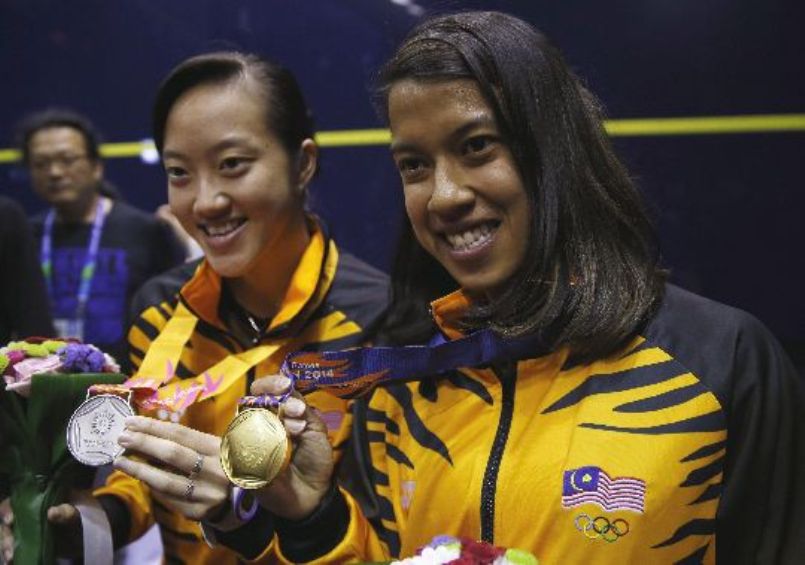 Squash delivered yet again as Malaysia retained the Asiad women’s team gold medal with a 2-0 win over India in the final at the Yeorumul Squash Courts in Incheon on Saturday.

However, it was not the same with the men who could only settle for the silver after losing 2-0 to India in the final later in the day. Still it was a commendable effort from squash to end their campaign with with haul of two golds (women’s singles and team), two silvers (women’s singles and men’s team) and one bronze (men’s singles).

Delia Arnold put Malaysia on the victory path with a 11-9, 12-10, 11-2 victory over India’s Anaka Alankamony for the first point. Datuk Nicol David, the undisputed squash queen showed her status as the World No 1 with a straight sets 11-7, 11-6, 11-3 win against Dipika Pallikal.

It was Nicol’s sixth career Asian Games’ title. Her fifth was also won in Incheon when she beat teammate Low Wee Wern to retain her singles title.

In the team semi-finals against Hong Kong, Nicol was taken to four sets by Hong Kong No 1 Annie Lau before prevailing with a 4-11, 11-5, 11-8, 11-6 win for Malaysia’s winning point in their 2-0 win over the former British Colony. Wee Wern delivered the first point against Hong Kong.

“This is a tremendous team effort,” said the Penangite who is the darling of Malaysian sports with her ever ready smile – whether in defeat or victory.

“It is a proud moment for the team to deliver the country’s third gold medal in Incheon. Everyone played a part in our win.”

The other member is up and coming teenager Vanessa Raj.

In the men’s team final Malaysia paraded Ong Beng Hee and Mohd Azlan Iskandar, who came out of retirement to play in the team event in Incheon.