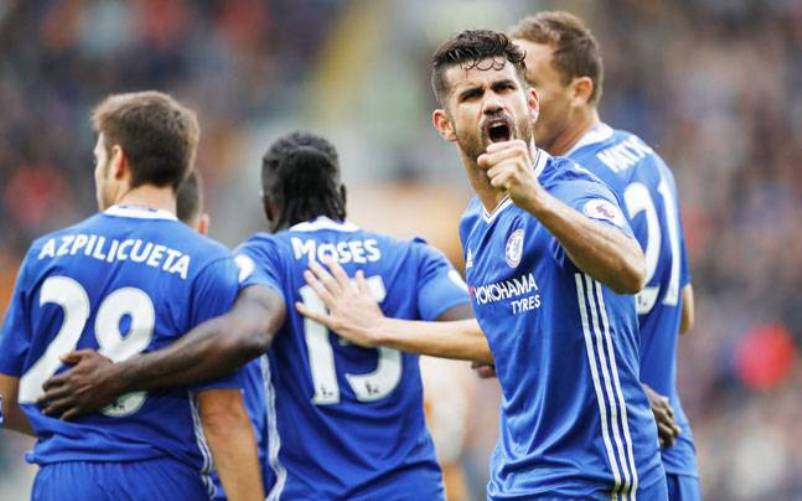 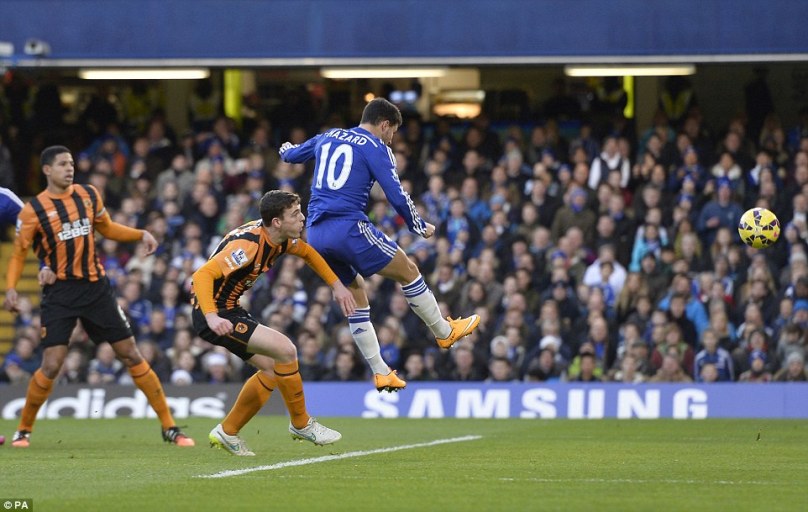 Chelsea manager Antonio Conte paid tribute to Diego Costa as the revitalised Spain forward took his season’s tally to six goals in seven games in a much-needed 2-0 win at Hull.

Costa did not reach the half-dozen goal mark until the first week of January last season, but the temperamental star looks back to his best under Chelsea’s new Italian coach.

His attacking partnership with Willian and Eden Hazard proved unstoppable for slumping Hull as the former opened the scoring before Costa wrapped up all three points on Saturday.

“It’s fantastic for him, for us,” said Conte, whose side got back on track after defeats against Liverpool and Arsenal.

“He has scored six goals but I think Diego has the opportunity every game to score goals.

“I’m pleased with the performance because we played with the right intensity and good pressure.

“After two defeats, it’s never easy, but I’m pleased with the attitude and commitment of the players. We’re working hard and I think that’s the right way.

“We must follow this way because we must know that we have to improve a lot and if we want to improve there is only one way – that is to work.”

Conte dropped Branislav Ivanovic and switched to a three-man central defensive line-up in a bid to return to winning ways after collecting one point from the last three games.

It was the first time Ivanovic had been left out of a Chelsea line-up since the Andre Villas-Boas era, although Conte insisted he had no hesitation in making the switch.

“I try to choose the best for the team,” he said. “Because I want to win, the fans want to win and I have different options in this situation. I think that is normal.

The new formation certainly had the desired effect as Chelsea recorded just their second clean sheet of the season and its continued use, after the coming international break, seems likely.

“We were able to defend very high and this is very important,” said Conte. “The team was very compact and when we lost the ball, we tried to win it back very soon.

“All the players worked very well. When we work together, it’s easy.”

Hull, having played Manchester United, Liverpool and Arsenal in their previous four games, can look forward to a kinder fixture list on the horizon, although caretaker manager Mike Phelan remains unclear about his own position.

“My future will take care of itself but there is no panic,” he said.

“I’m not in a position of worrying too much about it. The talks I’ve had have been extremely good but, once people sleep on things, they tend to change overnight.

“It’s just a case of I wasn’t particularly happy with the uncertainty of the deal. But moving on, we’ll have another coffee and cake, like we did last week, and discuss it.” – Agence France-Presse 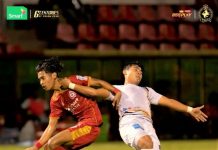