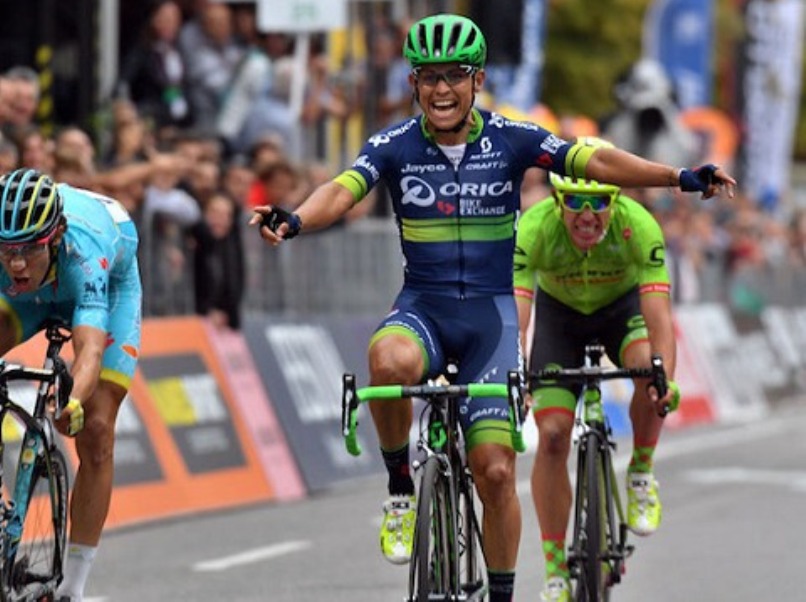 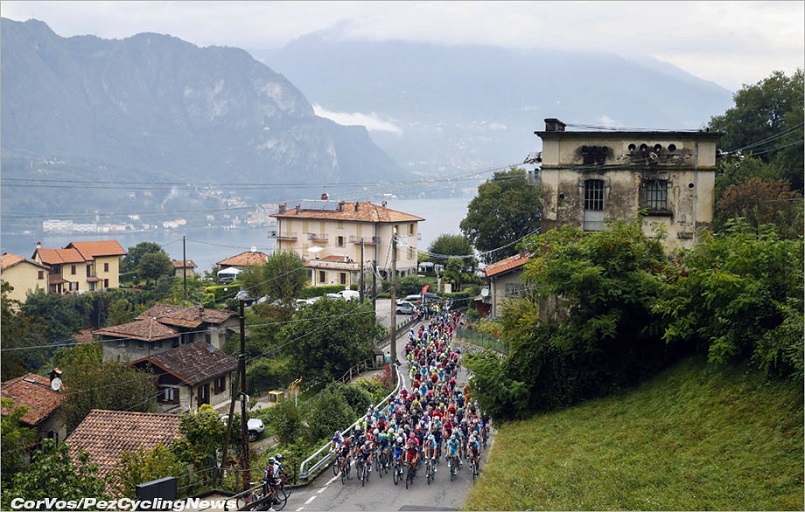 Orica’s Esteban Chaves beat Italian Diego Rosa in a dramatic sprint finish to become the first Colombian winner of one of cycling’s five monuments at the Tour of Lombardy on Saturday.

Rosa, of Astana, finished second with another Colombian, Rigoberto Uran (Cannondale), in third place after 241km of racing between Como and Bergamo.

France’s Romain Bardet, of the AG2R team, finished fourth after 6hr 26min of racing, with pre-race contender Alejandro Valverde (Movistar) in sixth at 1min 24sec behind.

Chaves has been one of the stars of the cycling season after a runner-up finish at the Giro d’Italia and third place at the Tour of Spain.

“To win a monument is just amazing,” said Chaves.

The fact he achieved it in Bergamo, where Chaves spent two years living as a young professional, meant it had special significance.

“I turned pro here in Lombardy with Coldeportes (team), I lived in Bergamo for two years, just one kilometre from here, and now I’ve won this race — its really special.

“I want to say thank you very much to everyone at Orica-BikeExchange. I’m really happy and feel really proud of my team.”

Italy’s Vincenzo Nibali (Astana) was unable to defend his title as he is recovering from a broken collarbone suffered in the Olympics road race.

It left his teammate Fabio Aru as Astana’s main hope, but although the former Tour of Spain winner lined up with the number one jersey he was upstaged by teammate Rosa.

Aru was among several contenders dropped definitively by Chaves and his front group when the Colombian upped the pace 34km from the finish.

The leading quartet held a lead of one minute on the chasing bunch on the way up to Bergamo’s old town. That was where Bardet saw his hopes of a podium place crushed. Although the Frenchman came fighting back on the home straight, he finished in fourth.

Chaves added: “I tried to make the difference on the final climb but Uran and Rosa were still very close.”

In what proved to be a final demonstration of defiance from Rosa, the Astana rider made a valiant dash for the finish inside the last 300 metres.

But Chaves countered in timely fashion to overtake the Italian yards before the line.

Rosa, 27, has yet to claim his maiden professional win and admitted a miscalculation, coupled with the determination of Chaves, ended his dream at the finish.

“I really thought I could win,” said Rosa, who was in tears at the finish.

“I attacked before the final bend and thought it would be enough to beat Chaves. If I’d come out of that bend a little quicker I would have succeeded.”

Uran, claiming his second third-place finish after 2012, said he had no complaints about narrowly missing the win again.

“Today I was struggling a little on the descents. On the Valcava (descent), I was losing a little ground at every bend and spent a lot of energy trying to keep up,” said the Colombian.

“But in the end, the rider with the best legs won.” – Agence France-Presse