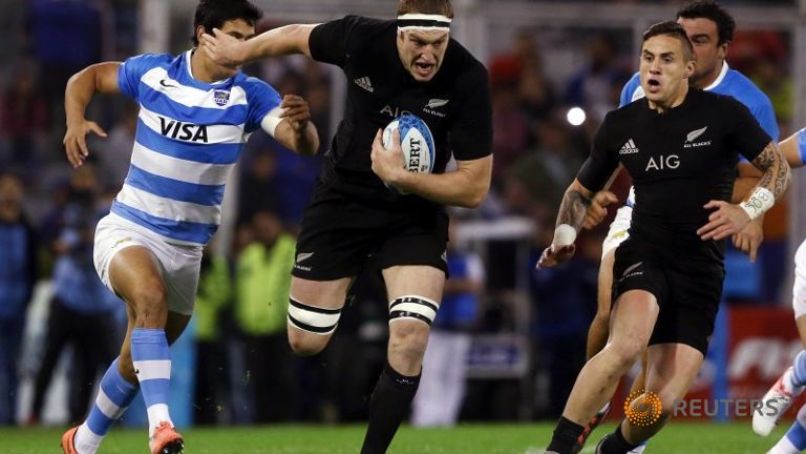 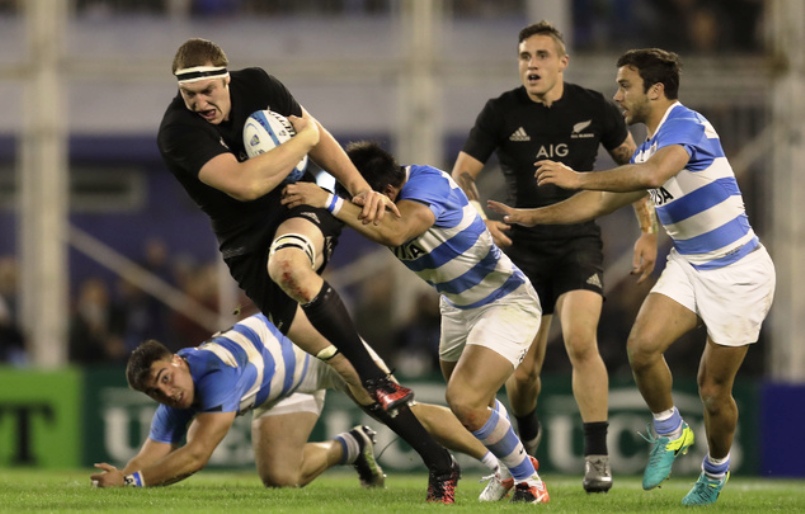 Two yellow cards to the All Blacks aided the Pumas as they staged a comeback from 29-3 behind at half-time to outscore their rivals during the second half without ever threatening to win.

Victory moved New Zealand, who clinched the southern hemisphere title in the previous round, closer to a world-record 18 consecutive victories.

The reigning world champions will achieve that feat if they defeat South Africa in Durban next Saturday and Australia in Auckland on October 22.

Argentina responded with plenty of ball-in-hand attacks and skipper Agustin Creevy was unlucky when incorrectly penalised with the try-line in his sights.

The speed with which the All Blacks attacked whichever Puma had possession was a feature of the first quarter, as was the power of Argentine No. 8 Facundo Isa during his surges.

When New Zealand were awarded a close-range penalty in front of the posts after 24 minutes they opted for a scrum.

A second penalty in almost the same position resulted in another scrum and this time the gamble of seeking seven points instead of a safe three paid off as Anton Lienert-Brown dived over and Barrett converted.

Argentine toil deserved some reward, though, and they trimmed the 10-point deficit by three when fly-half Nicolas Sanchez effortlessly stroked a penalty between the posts.

Winger Israel Dagg was stopped just short of the Argentine try-line, but it would not be long before New Zealand unleashed their full attacking might with devastating effect.

The first of the three tries came gift-wrapped from Pumas hooker and skipper Agustin Creevy.

He overthrew at a line-out just metres close to his line, All Blacks skipper and No. 8 Kieran Read stole the ball and set in motion a move that ended with centre Ryan Crotty dotting down.

Lienert-Brown set up the next try by blocking a kick from rival centre Santiago Gonzalez Iglesias and Dagg broke free to send hooker Dane Coles over.

Barrett converted both tries and the clinical finishing of the visitors had created a 24-3 advantage as half-time neared.

But the men in black were not thinking of the break and struck again when a Crotty break down the left culminated in scrum-half TJ Perenara darting over.

Barrett failed for the first time with a shot at goal, his conversion veering right, but New Zealand had a 26-point half-time advantage.

The rampant visitors scored again five minutes into the second half as Lienert-Brown shrugged off two tackles to create a try for full-back Ben Smith and Barrett kicked his fourth conversion.

New Zealand were temporarily reduced to 14 men when prop Joe Moody was sin-binned for swinging an arm at Sanchez in an off-the-ball incident.

His absence was quickly felt as Isa scored a pushover try beside the post that Sanchez converted.