Home Football Cops give the Elephants a tough time 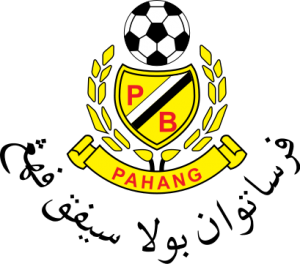 PAHANG were far from impressive against Premier League outfit Police and were lucky to escape with a 1-1 draw in a first leg FA Cup quarterfinal at Stadium Tuanku Abdul Rahman Stadium in Paroi, Seremban tonight.

The Elephants had to come from behind against the Cops, but will take home an away goal advantage in the return leg at the Darul Makmur Stadium in Kuantan next Tuesday.

Fresh from their 3-2 win over star-studded Johor Darul Takzim in a league match in Kuantan last week, Pahang were expecting an easy ride in Paroi, but it turned out to be a night of frustration.

And it was the shrewd Dollah Salleh, who guided Pahang to the Malaysia Cup title last season, who called the shots from the cops’ bench despite still recovering from heart surgery.

The match was only 18 minutes old when the Cops stunned Pahang through a neatly struck left footer into the roof of the net by their lanky No 10 Chad Charles Souza who sneaked behind Zeshan Rehman to beat Pahang custodian Khairul Azhan from a long freekick by Fauzi Abdul Majid.

Khairul recovered from the early setback and kept Pahang in the game – just like he did against Johor Darul Takzim – to frustrate Ashfaq, Bobby and Chad.

It was clear Pahang’s confidence was shaken and the Elephants were struggling to cope with the speed of Police players like Bobby Gonzales and Ashfaq Ali on a night when their backline looked suspect each time their opponents made inroads.

With Azamuddin Akil out through an ankle injury Pahang coach gave R. Surendran a start – his first full match this season. Left flanker R. Gopinathan not only gave a below par performance but he was rather selfish taking shots at goal instead of releasing the ball to his teammates who were in better position to score.

However, it was Azizon who played a part in Pahang’s equaliser which came on 77 minutes when he could only make a weak single handed clearance from Fauzi Roslan’s high cross from the right.

The ball fell nicely to Pahang’s Argentine hitman Matias Conti who gleefully grabbed the opportunity to slot the ball home past a sea of legs – a goal that could be Pahang’s lifeline in Kuantan.