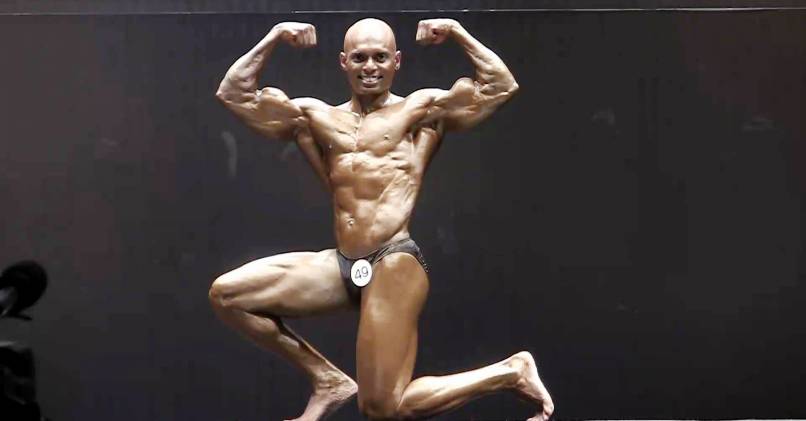 Malaysia struck rich in Thimphu the capital of Himalayan kingdom Bhutan – winning three gold medals and a bronze in the Asian Bodybuilding and Physique Championships through through Buda Anchah and Syarul Azman Mike Mahen (main pix).

Former Royal Malaysian Air Force officer Buda, who hails from Sarawak was the big winner winning gold medals in two categories – in the men’s Masters and in the men’s 70kg (lightweight).

Malaysia’s third title came via Syarul, who flexed his way to the gold in the men’s athletic physique up to 170cm event – to retain the gold.

Once a national youth footballer and a bodyguard, Syarul switched to bodybuilding after picking up ligaments injury in both knees.

Remarkably both Buda and Syarul are in the 40s and are a good example that age is not a factor with will, self-discipline and determination. Both are 43 years-old.

Malaysia have always done well in bodybuilding with Sazali Samad winning the Mr Universe several times before he has banned for four years last year for doping offence.