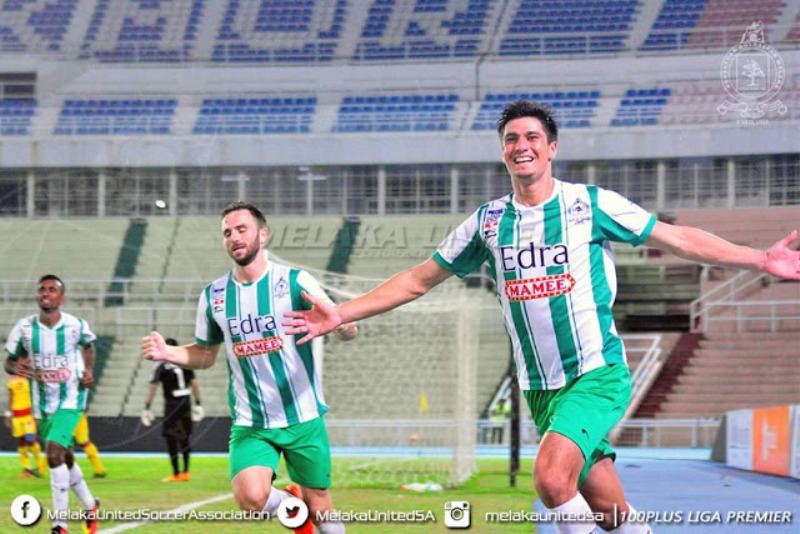 Malacca United head coach Mat Zan Mat Aris has a pleasant headache for his team’s home against JDT II in Friday’s 100PLUS Premier League match at the Hang Jebat Stadium.

The match is the talk of the town in the historic city as Malacca United need only a draw against JDT II to lift the Premier League title which comes with a promotion to the elite Super League after only one season in the second-tier league.

Malacca earned promotion to the Premier League this season after winning the FAM League last year. Expect wild celebrations again if Malacca win or draw against JDT II at the Hang Jebat Stadium.

Mat Zan, a former international, however has his hands full in picking his first team and has postponed naming his starting lineup until hours before the kickoff and he has his reasons.

He has never seen such a desire to play against JDT. Mat Zan is pleased with that and even skipper Ilija Spasojevic has defied doctor’s orders and is back in training for the much awaited match. Chile-born Palestine international Yashir Pinto is also back from international duty and so is Malaysian international Khair Jones.

“All are eager and want to be in the team. However, I have decided to name my first team only hours before the kickoff. Ilija has been training again although his broken arm has been fixed with metal plates,” said Mat Zan after a training session.

“This match means a lot to everyone. Every player wants to be part and parcel of the winning team and wants to see action … as it will be history for the team to win the title and gain promotion.

“And to win the title in front of the home fans is something to cherish for Malacca football. That is why every player is clamouring to play. The reasons are obvious and gaining recognition for all the hardwork they have put in will be rewarded.”

Ilija is the Premier League’s top scorer with 23 goals and he has the knack of tucking the ball into the net in crucial matches.

“His (Ilija’s) presence on the field draws inspiration and confidence from the rest of the team. Whether he gets to play or otherwise will depend on what the doctor says,” added Mat Zan.

It does not matter if Chief Minister Datuk Seri Idris Haron, who is also the Malacca FA president, is away in the Holy City of Mecca to perform the Haj but he has sent his blessings.

As parting shot Mat Zan has drilled into his players to be “disciplined, committed and focused” in the match against JDT II to seal the title.

“Let us not make things difficult for ourselves,” added Mat Zan.