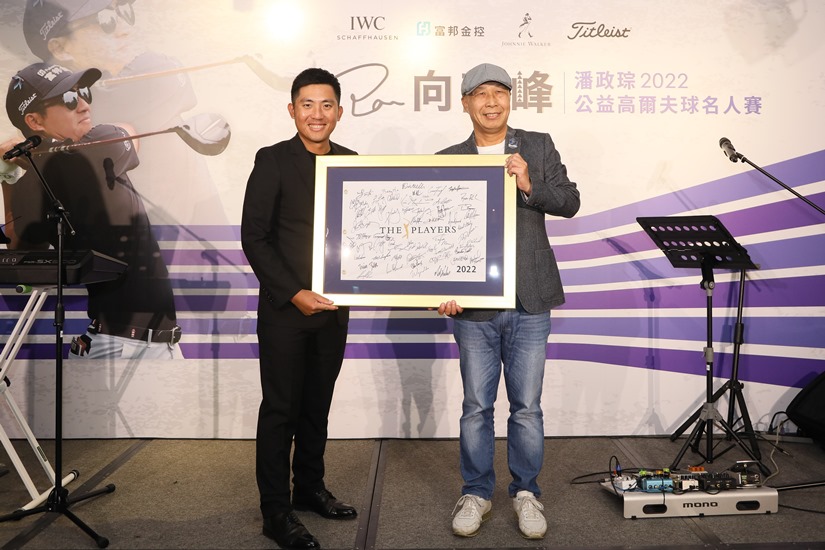 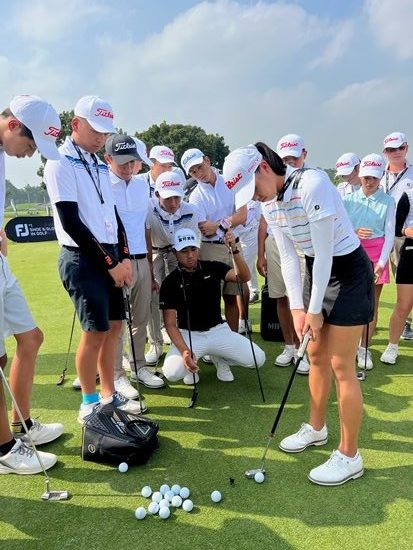 It may be the PGA TOUR’s off-season but Chinese Taipei’s C.T. Pan and his wife Michelle have been keeping themselves busy for all the right reasons.

Currently at home in Taipei, the Pans have been actively raising charitable dollars for the local community through their annual C.T. Pan Charity Pro-Am golf tournament and dinner, and they hit a milestone of NT$20 million (approximately US$652,000) being successfully raised over the past five years.

On top of this, an additional NT$20 million has now been invested over the years to benefit junior golf in Chinese Taipei through the CT Pan Foundation.

“This year, we managed to raise about NT$6 million (approximately US$195,000) to benefit our local charity called the First Social Welfare Foundation. The donations will help children with severe developmental disabilities,” said Pan.

“The total sum (NT$20 million) raised over the years from our charity pro-am and dinner will be donated 100% to our designated charity organization. At the same time, the CT Pan Foundation has also invested NT$20 million into our junior programmes which include two junior tournaments in the U.S., scholarships and camps. Hence, we’ve successfully reached two NT$20 million goals in 2022.”

Pan and Michelle are especially grateful for the support shown by local golfers and Pan’s personal sponsors. Despite some rainy weather during the day of the charity pro-am, a  full turn-out of golfers showed up to play.

Funds were also raised through an auction of golf memorabilia which included pin flags signed by World No. 1 and 2022 FedExCup champion Rory McIlroy and Scottie Scheffler, who was voted the PGA TOUR’s 2022 Player of the Year.

“The charity initiative is about working together for the underprivileged and helping them. As athletes, we have some influence and we want to use that influence to help the disadvantaged groups. That’s always been something I wanted to do,” said Pan, who is a one-time PGA TOUR winner and the Tokyo Olympic Games bronze medallist.

“I was very happy and excited seeing a lot of old friends who have been attending for many years. It was a bit rainy and I was worried some people might not show up. However, everyone’s enthusiasm meant they showed up and played, and I really want to thank them for their encouragement.”

Pan also held a two-day clinic for junior golfers, spending long hours on the golf course and practice range where he shared tips and his life’s experience on the PGA TOUR with eager young kids.

Being a graduate of the University of Washington, Pan is a strong advocate of junior golfers taking the American collegiate route to achieve their golf dreams on the PGA TOUR and LPGA Tour.

“I would like to provide the opportunity to the kids and that’s my way to grow the game. I feel that I have the responsibility to be the bridge to help them become better players,” said Pan.