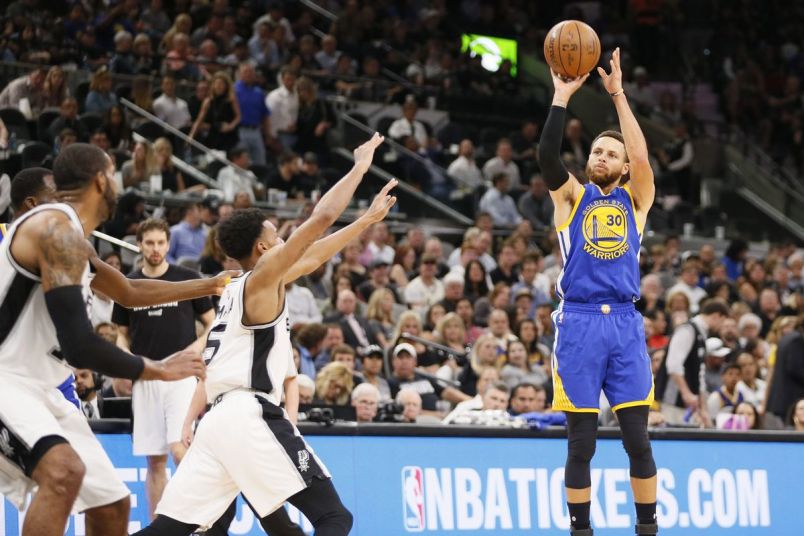 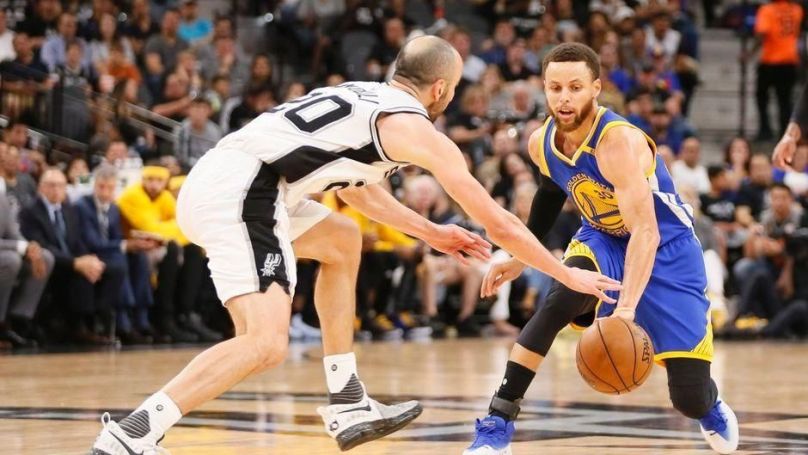 Stephen Curry and Kevin Durant led the way as the Golden State Warriors sealed a clean sweep of the San Antonio Spurs to reach their third consecutive NBA Finals berth on Monday.

Curry scored 36 points and Durant weighed in with 29 as the Warriors powered to a 129-115 win to complete a 4-0 victory in the best-of-seven Western Conference finals series.

It was the third consecutive series sweep of the 2017 postseason for the Warriors, who are now 12-0 in the playoffs heading into the finals.

Durant, who attracted controversy after his blockbuster move from Oklahoma City Thunder last year to the Warriors, was delighted to be back in the NBA Finals once again.

The 28-year-old forward, who also pulled down 12 rebounds and contributed four assists, admitted he and Curry had rediscovered their understanding following the mid-season injury that sidelined him for around 20 games.

“Our chemistry is getting better and better and we’re going to need it even more whoever we play in the finals,” Durant told an interviewer.

“It’s great to be one of the last two teams standing — we’ll see what happens,” he said.

Curry meanwhile admitted he was relishing his partnership with Durant.

“It makes the game fun,” Durant said. “The way we play the game and move the ball. Watching him do what he does. It’s a fun way to play and we want to keep that up. I’m having fun, enjoying what I do.

“Things are flowing. It’s a part of our identity to get that mojo going. I think we’re prepared for pretty much anything. We’re going to be confident and ready to go.”

Spurs fans meanwhile bade what looked like a farewell to 39-year-old Argentinian legend Manu Ginobili, who was given a rousing ovation as he left the court.

“He’s somebody I grew up watching,” Durant said. “An amazing competitor. I got nothing but love and respect for him.”

“They were fantastic. To all of them. From ownership, to the coaches, the players. They play a great brand of basketball. Hats off to them. Great job,” said Popovich, who also saluted Ginobili in what might have been his final game.

Popovich said Ginobili had been handed a starting berth “out of respect.”

“This is a hall of fame player who allowed me to play him off the bench for the last decade or something because it would make us a better team overall,” Popovich said. “He’s a big reason for our success. He deserved to have that night of respect so that he really feels that we appreciate everything he’s done for us over the years.

“If he decides he’s going to play again that’s up to him,” said Popovich. “Manu is a grown man. He’ll figure out what is best for him and his family.”

The depleted Spurs, missing the injured Kawhi Leonard and Tony Parker, were always chasing the game as the powerful Warriors offense dominated almost from first to last.

The Warriors win keeps them on course for an unprecedented third consecutive NBA Finals meeting with the Cleveland Cavaliers, who lead their Eastern Conference finals series against Boston 2-1.

The Spurs were always struggling after an early points blitz from the Warriors that saw the visitors power into a 31-19 at the end to silence the AT&T Center crowd in Texas.

The writing was on the wall from the moment the Warriors reeled off 13 unanswered points to grab a 21-7, giving the contest an ominously familiar pattern.

Thereafter the Warriors comfortably kept the Spurs at arm’s length, with their multifaceted offense proving too much for San Antonio.

The Warriors maintained a 14-point cushion at half-time to lead 65-51 and opened the second half with a 25-foot three-pointer from Thompson to make it 68-51.

They remained 96-78 ahead at the end of the third quarter and there was only going to be one winner from there, with the Warriors keeping the score ticking over to the buzzer. – Agence France-Presse