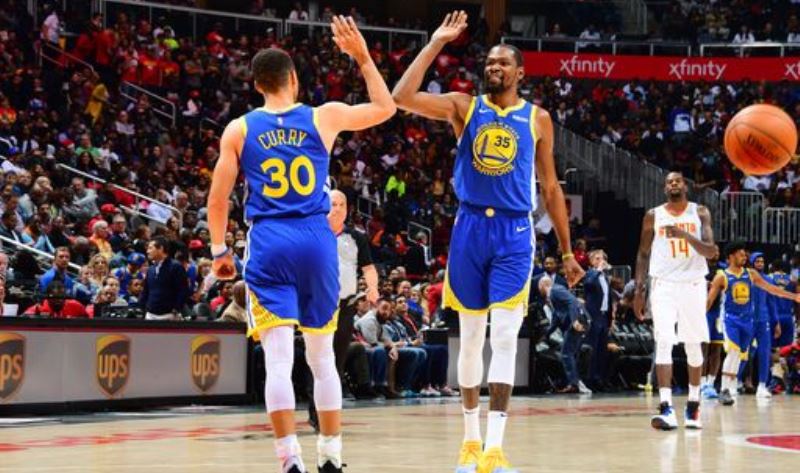 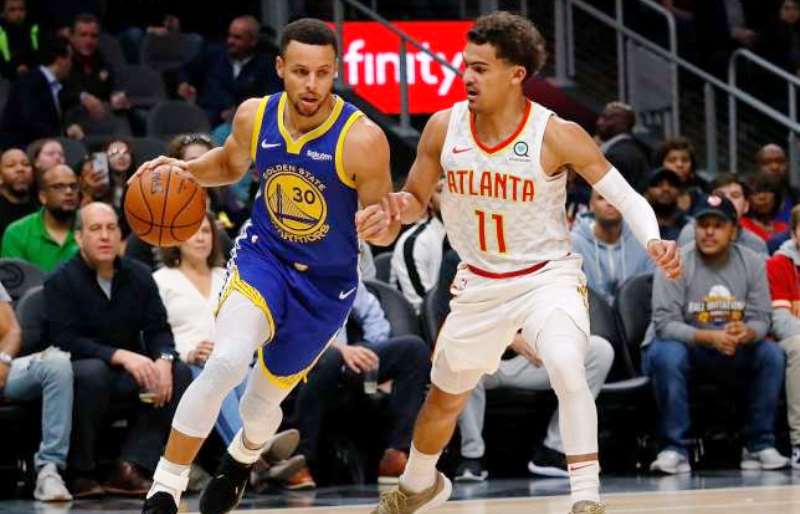 Stephen Curry, Kevin Durant and Klay Thompson combined for 85 points as the two-time defending champion Golden State Warriors used a balanced offence to roll over the Atlanta Hawks 128-111 on Monday.

Curry was playing in just his second game after missing 11 contests with a groin injury. That meant that in order to keep all their big guns happy, the Warriors needed to spread the offence around.

Curry finished with 30 points, Durant — who carried the club though Curry’s absence — finished with 28, and Thompson delivered 27 as Golden State improved to 31-3 when dynamic trio all have 20 points.

“I think he’s now back in the groove,” coach Steve Kerr said of Curry. “He looked great handling the ball.”

The Warriors snapped a six-game losing streak on the road and won for just the fourth time in their last 10.

Curry got things rolling with 18 points in the first quarter as he single-handedly outscored the Hawks, who managed just 17 points in the opening 12 minutes.

Curry nailed his first six shots, four of them beyond the arc. He finished six of 10 from three-point range.

The Warriors led 61-47 at halftime and stretched the margin as high as 24 points.

“Our defense set the tone,” Curry said. “Everybody gets to touch the ball.”

Hawks first round draft pick Young continued to struggle. The young guard had seven turnovers and missed all five of his three-point attempts.

Coming into the game, Young was averaging 15.6 points, which is good for third place among all rookies — but he’s been mired in a shooting slump of late.

“They’re picking me up full court,” Young said. “They’re not going to just sag off and let me have open threes. I’ve got to find a way to knock them down. I will.”