Home 2018 The cycle of Sikh charity: Singapore to Malacca 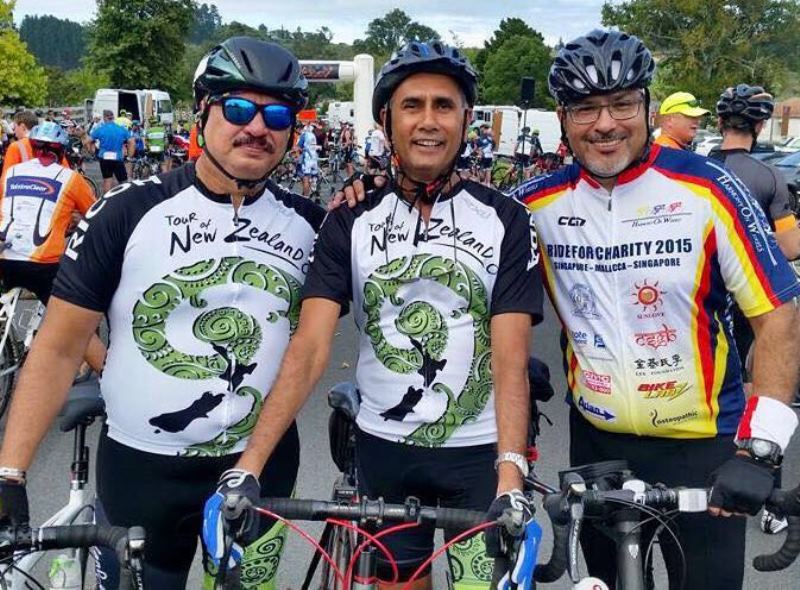 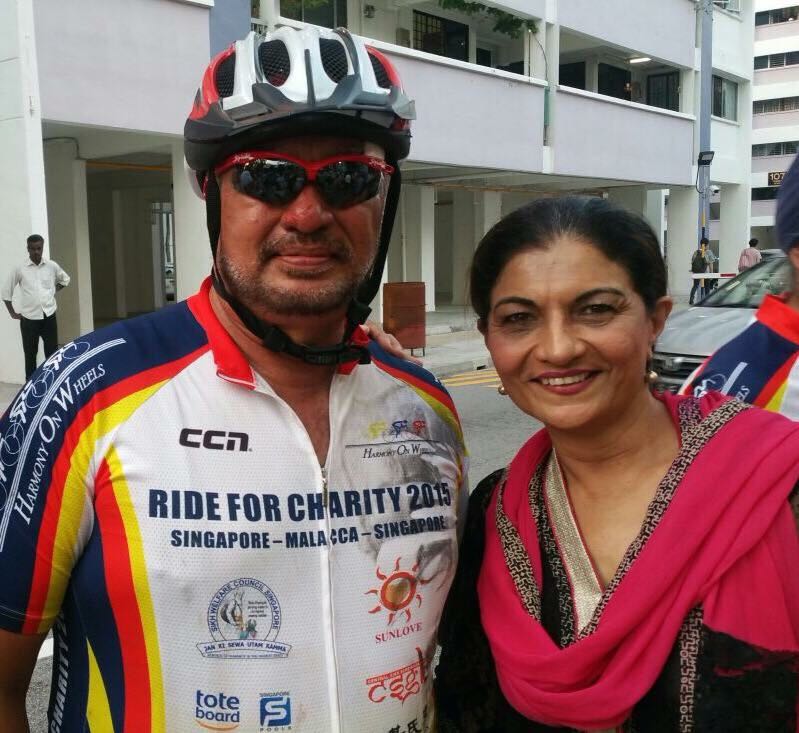 This weekend, he will be pedalling his heart out for charity as he leads 40 cyclists over 500km from Singapore-Malacca-Singapore in a riding expedition, befittingly called, ‘Harmony on Wheels’ in aid of Sikh Welfare Council and Sunlove Abode for the Intellectually-Infirmed Limited.

From March 23-26, they will have to battle the elements, unpredictable terrain and physical exhaustion as they attempt to cycle across the Causeway, simply to prove that the “elements of sharing and giving, bonding and camaraderie” can be used for a value-added charity cause.

“We want to encourage more spirited Singaporeans to level up to society by reaching out to the less privileged. By using bicycles and going across the Causeway, we want to spread the message of international goodwill and to raise funds so that others can continue and expand the welfare projects.”

Harmony on Wheels (HoW) is an informal group of people who have come together to live, share and spread the spirit of harmony, the past four years. Their inaugural project was Ride for Charity 2014, where $217,000 was raised for Sikh Welfare Council. The second ride covering 500km from Singapore to Malacca and back garnered over $252,000 in aid of Sikh Welfare Council and Sunlove Abode for the Intellectually-Infirmed Limited. 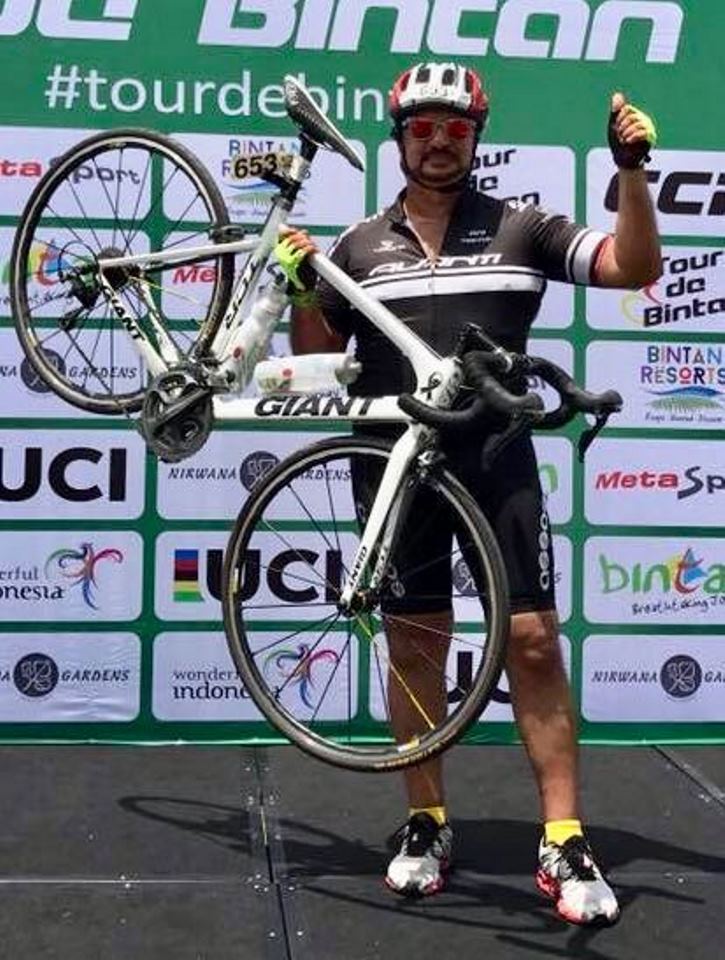 This weekend’s event involves cycling 170 km to Batu Pahat on the first day. The riders will hit the roads for another 100 km to Malacca the next day. On the return leg, it will be Batu Pahat on the third, returning to Singapore on the fourth.

The registration fee for the four-day event is $340. It covers three-nights hotel accommodation in Batu Pahat and Malacca, some meals, jersey/T-shirt, insurance and project overheads and an appreciation dinner.

“Believe me, it’s physical, very demanding and even for a pro-cyclist, some of the terrain challenges will be tough. Yet these are ordinary people making a commitment to perform such a daunting task. The hours and mileage each cyclist has to put in prior to the four days are extensive,” says Sapuran Singh, who has been involved in charity and community work for 22 years.

“However, the obstacles our cyclists will encounter cannot be compared to the adversity many of the underprivileged go through every day. It is heartening to witness our cyclists putting in the effort to help raise funds for a very good cause.” 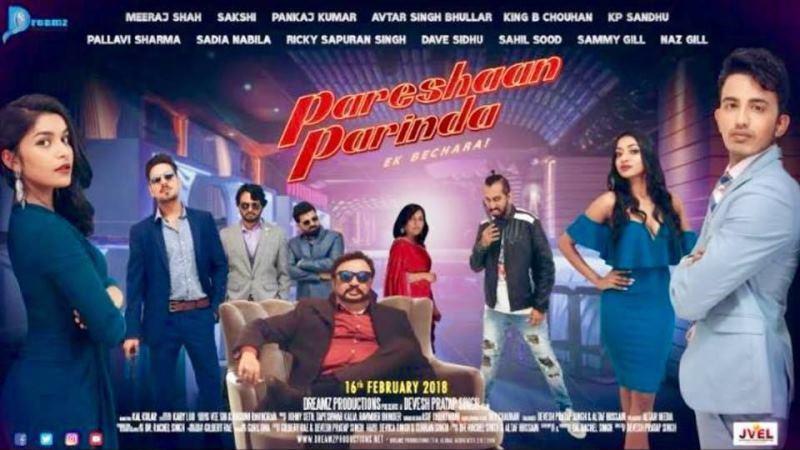 Sapuran Singh, who recently made his Bollywood acting debut in the Hindi romantic-thriller, Pareshaan Parinda, as a Mafia don with outdoor scenes shot in Sydney (Australia), passionately believes in “giving back to society and taking ownership in the community I’m living in”.

He says: “I’m a patriotic Singaporean who has served the Singapore Armed Forces for 27 years, and as a businessman and grassroots leader, doing continuous charity work for over two decades.

“Be it I-India Charity raising funds for the street kids in Jaipur to bolster their educational and IT levels, assisting the weather-beaten victims in Philippines and Pakistan and recently for the ‘Butterfly’ (life threatening skin infection) Children of Singapore.”

Daringly, last year, he cycled 800km over hills and mountains with 300 cyclists for seven days in New Zealand to raise funds for 10 New Zealand charity organisations.

“I’ve learnt to conquer pain and endure the physical setbacks at 55 years because I’m passionate to give a better tomorrow to the underprivileged in my little ways,” he adds. “Just three years ago I couldn’t cycle more than five kilometers. But I’ve found that it’s a case of mind over matter and enduring the physical pains, sore legs and buttocks as I sincerely believe in cycle-charity.” 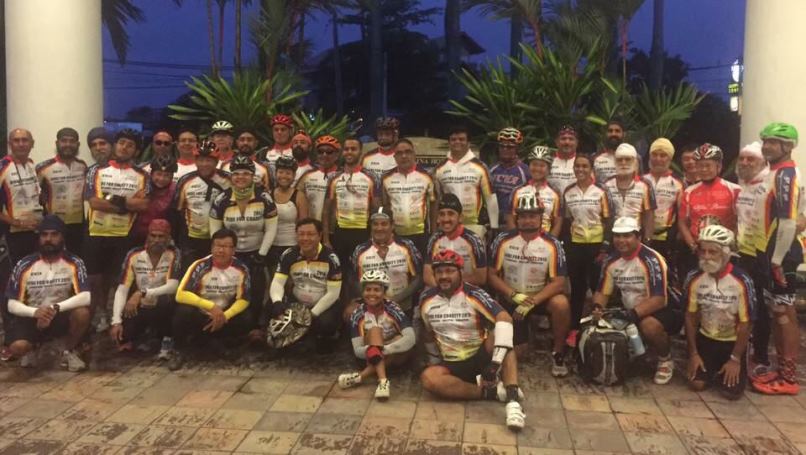 As a rousing community leader, he has fervently supported the National Day events for the past 10 years in the Bukit Gombak constituency ward for MP (Member of Parliament) and Mayor Low Yen Ling.

Significantly, Sapuran Singh will start an indoor fund-raiser on Wednesday (March 21) at 7.30pm at his Moshi Moshi Bollywood Club with free-flow drinks, finger-food and awesome belly-dancing entertainment. He adds: “We welcome donations from $20, $50, $80 or whatever amount for this worthy cycle-charity cause. Let’s have a nocturnal ball-of-a-time to help the needy.”

The beneficiaries will be the Sikh Welfare Council to finance the Academic Excellence Programme (AEP) together with the Singapore Sikh Education Foundation for children in need of assistance in English-medium schools. Sunlove Abode will also benefit with 550 beds in two nursing homes for the intellectually disabled.

For further donations or to lend a volunteer helping hand, please contact:

Further information on Harmony on Wheels (HoW) with reports, photos and videos of past fund-raising activities can be viewed at: https://www.facebook.com/harmonyonwheels/

Sapuran Singh, whose property-guru wife Puran Kaur is also a community-charity advocate, further stresses that the Sikh community, especially the younger generation,  continues, to “play an active charity role to benefit the less fortunate and underprivileged”.

He adds: “We’re Sikhs living in non-Sikh territory but we invite every multi-racial blend of Singaporeans to partake in the Sikh celebrations and charity events in attempts to build and strengthen community ties.

“Sikhs are proud partners in Singapore society, a minority but with majority feel to foster a multi-cultural community, always lending a helping hand to the less fortunate.” –  SURESH NAIR.