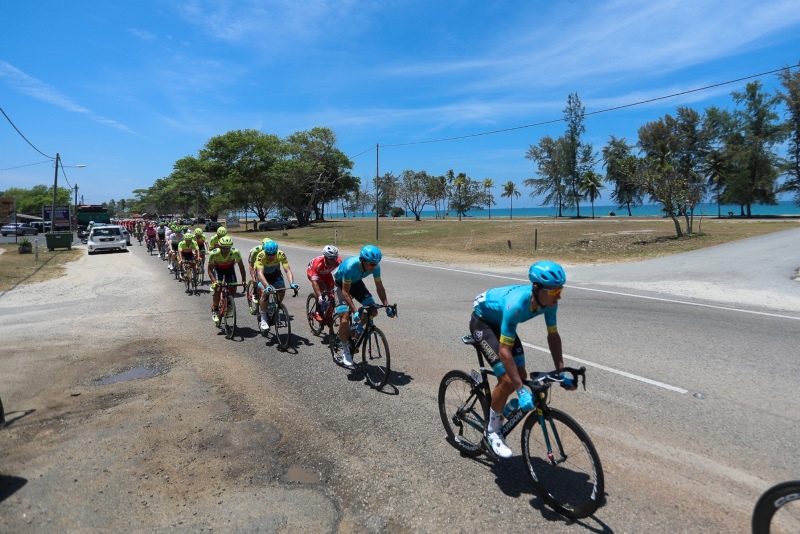 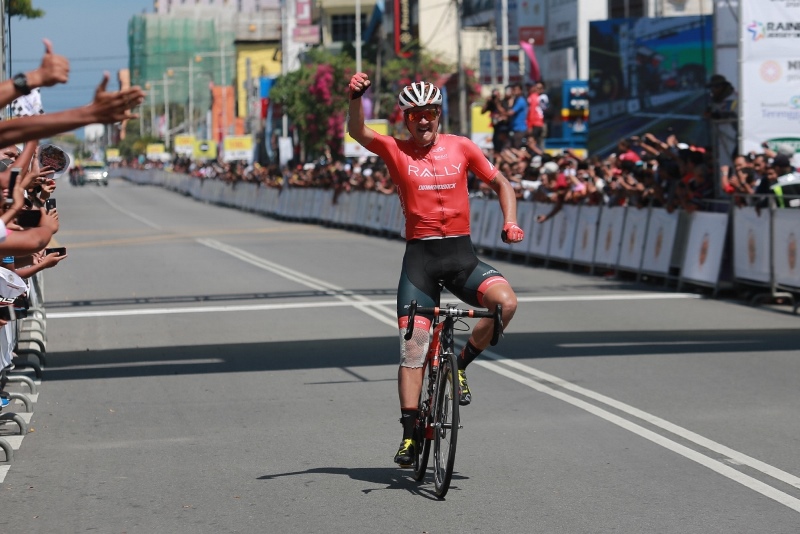 Rally Cycling’s Adam De Vos launched a solo attack in the final two kilometres to win Stage 3 of Le Tour de Langkawi 2018 and take the yellow jersey, becoming the third overall leader in the race in as many days.

This was 24-year old British Columbia-born De Vos’ first ever stage win in a hors category race and his first time wearing the yellow jersey in a race.

De Vos took victory after launching a solo attack while a group of four escapees had closed in on the finish line of the 166 kilometre stage that began in Kota Bharu. His decision was brought upon realising the presence of KSPO-Bianchi’s Kim Daeyon in the group, whom he described as a better sprinter.

“My teammates had guided me a lot on what to do when in a breakaway group such as this one. So, as soon as we took the last corner with two kilometres to the finish, I launched my attack and sustained my position at the front despite being chased by the three other riders,” said De Vos, who crossed the finish ine in 3 hours 58 minutes and 18 seconds.

Forca Amskins won the bunch sprint for fourth from the peloton that arrived at the finish line in Dataran Shahbandar 1 minute and 19 seconds after the leading quartet.

This result moved Daeyon into the points classification lead, while Nik Mohd Azwan sent the local fans into a frenzy after he took the white jersey as the leading Asian rider.

Without any categorised climbs in the stage, it was effectively a rest day Manzana Postobon’s Bernardo Albeiro Suaza in his defence of the polka dot jersey as the mountains classification leader.

De Vos sits atop the general classification with a total time of 12 hours 45 minutes and 31 seconds, holding a 14-seconds lead over Nik Mohd Azwan in second, while Sweeny is third a further 22 seconds adrift.

Daeyon enters the fourth stage tomorrow wearing the green jersey with a total of 27 points, after taking the maximum 15 points in all three intermediate sprints of the day, while Nik Mohd Azwan leads the Asian riders’ classification by 1 minute and 10 seconds, ahead of previous leader Seo Joonyong of KSPO-Bianchi. 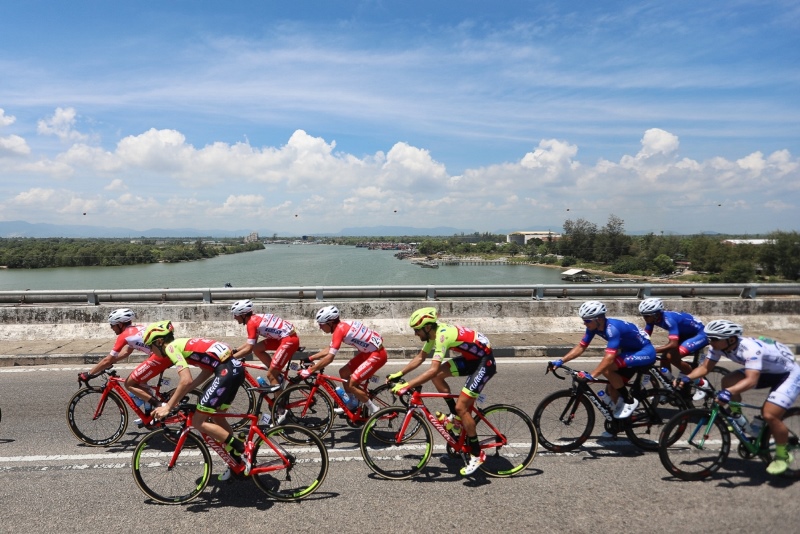 In today’s stage, De Vos was among nine riders who staged a breakaway as soon as the peloton completed the neutralised zone and this group held a steady gap over the peloton past all three intermediate sprints in Jelawat (KM20.6), Kuala Besut (KM51.3) and Pantai Penarik (KM101.2).

The group of nine had opened up a gap of up to four minutes over the peloton before Kinan Cycling’s Thomas Lebas became the first to be dropped, before KFC’s Agung Ali Shahbana, Thailand Continental Cycling’s Peerapol Chawchiangkwan and Malaysia’s Muhammad Firdaus Awang and Muhammad Ameen Ahmad Kamal all dropped back into the peloton afterthe third intermediate sprint.

“After that there were just the four of us and I saw we had opened up a gap of more than seven minutes. From then on, the four of us worked together to sustain a gap despite the peloton surging fast and making up two minutes in the ast 10km,” said De Vos.

“I am happy to wear this yellow jersey, but not sure if we can defend it because there is still the climbing stage in Cameron Highlands to come. If possible, I will try to stick to the big climbers in the race and arrive with them at the finish line in Cameron Highlands.

“The more important thing to focus on right now is to quickly recover after a hard day today,” added De Vos, who emulated his Rally Cycling team manager Eric Wohlberg’s stage win in Kuala Terengganu in 1999.

Meanwhile, Nik Mohd Azwan continued his strong performance in this year’s race by taking the third step on the podium and taking the Asian riders’ classification lead, while also sitting in second in the overall general classification.

“It was not easy because after the difficult stage from Gerik yesterday, the distance in today’s stage was also quite long. But from the beginning I had vowed to register some points in the intermediate sprints to collect the bonus seconds needed to challenge for the Asian riders’ classification.

“Despite the breakaway being reduced to just four riders, we were working well together to sustain a comfortable gap over the peloton. Only when we were closing in on the finish line, I was a bit slow in chasing down Adam,” said Pasir Puteh-born Nik Mohd Azwan.

“This is one of my best performances in LTdL and I hope to continue in this rhythm after this,” added the 28-year old, making his fifth appearance in the race.