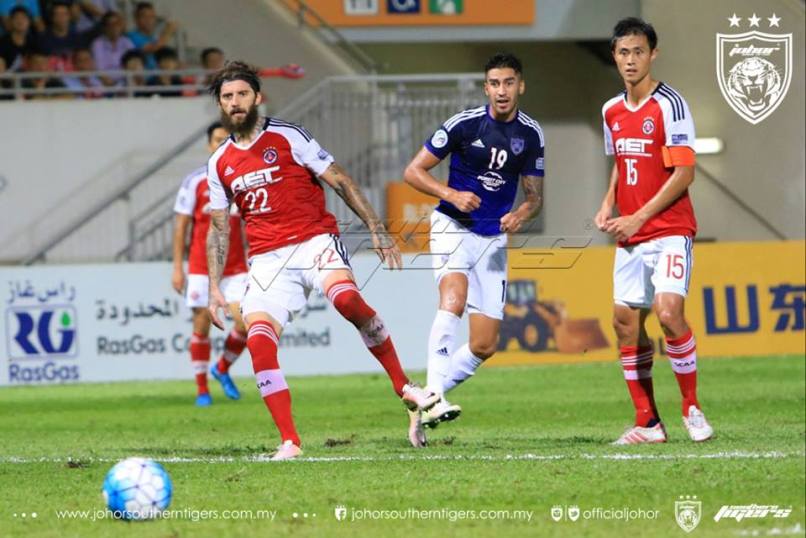 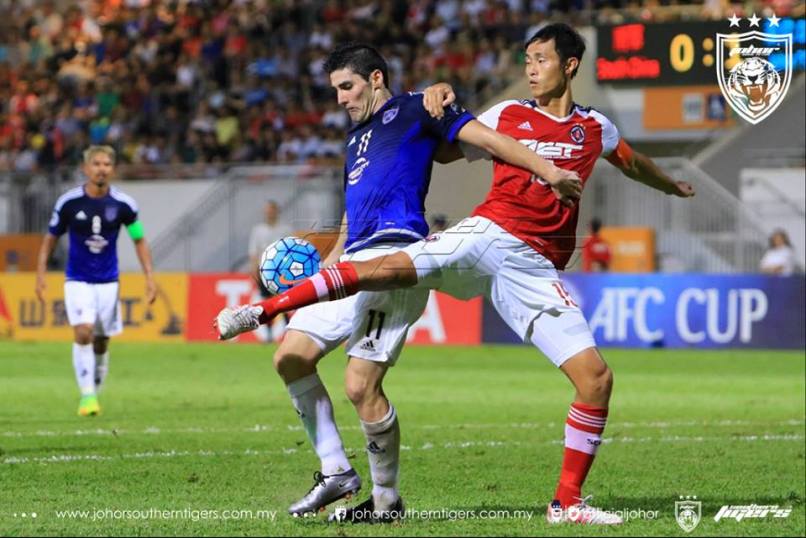 The match ended in a 1-1 draw with JDT having the away goal advantage which may not be enough when the return-leg is played at Johor Bahru’s Larkin Stadium on Sept 20.

For the record both teams met at the same stage last year with South China holding JDT to a 1-1 draw at Larkin in the first-leg before the Southern Tigers whipped their Hong Kong opponents 3-1 in the return-leg at Mongkok Stadium for a 4-2 aggregate and a place in the semi-finals.

It was heartbreak for JDT on Tuesday as they allowed South China to snatch a late late equalizer deep into six minutes of added time.

JDT, who on the Malaysian Super League title for the third year running this year, also have five players on yellow cards after the first-leg. The five are Azamuddin Akil, Aidil Zafuan Abdul Radzak, Jorge Pereyra Diaz, S. Kunanlan and Juan Martin Lucero.

JDT took the lead after 22 minutes through Diaz. Despite falling the JDT trumpcard from Argentina managed to get his left foot to the ball and was delighted to see it roll into the far corner past a rooted South China goalkeeper Leung Hing Kit.

The goal began with Safiq Rahim’s freekick which was met by Azamuddin and ended with a poor clearance by a South China defender and Diaz made it count for JDT.

However, South China came back strong and posed a lot of problems for JDT through speedy Mahama Awal on the right.

As the minutes ticked tempers frayed as players from both sides getting into a near free for all on 80 minutes. Team officials from teams also got into the thick of action before the situation was brought under control.

Just when a win looked imminent for JDT the home fans were celebrating when Kamaze scored the stunning equalizer off a half clearance by JDT’s Brazilian defender Marcos Antonio.

The Serbian picked up the loose ball outside the box, took a turn and unleashed a stinging left footer that flew into the net past a rooted JDT goalkeeper Izham Tarmizi.

JDT chief coach Mario Gomez said his players were too sloppy in the second half and gave away possession easily and paid a heavy price.

South China coach Ricardo Rambo believes the draw has given his team an even chance in the return-leg at Larkin.

“It will be tough but I am confident that we can do it,” said Rambo.