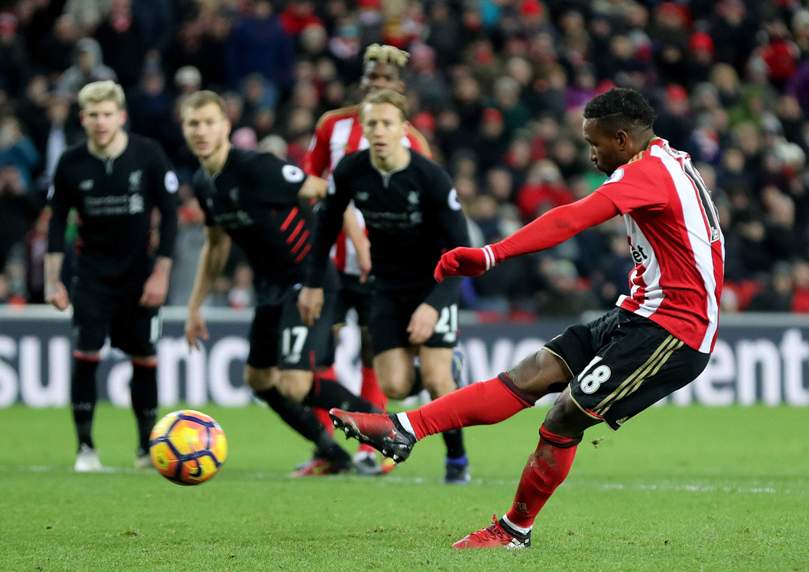 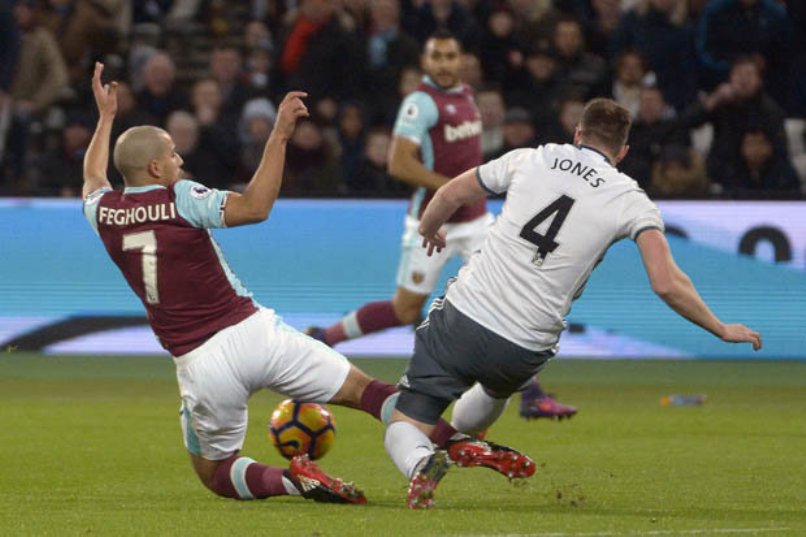 Liverpool twice went ahead, through Daniel Sturridge and Sadio Mane, but Defoe’s two spot-kicks mean Chelsea will move eight points clear if they win at Tottenham Hotspur on Wednesday.

“I am not able to explain it because I don’t know exactly what I saw,” said Liverpool manager Jurgen Klopp. “My team were fighting, but I wasn’t sure if they could do it.”

Manchester City lost ground after losing 1-0 at Liverpool on New Year’s Eve, but they bounced back by winning 2-1 at home to Burnley despite the first-half dismissal of Fernandinho.

Liverpool, who were denied a fifth successive league win, were left five points adrift of Chelsea in second place, with City two points back in third.

Manchester United rose to within a point of the top four after goals by Juan Mata and Zlatan Ibrahimovic secured a contentious 2-0 win at 10-man West Ham United.

Klopp made just one change to his starting XI, Sturridge replacing the injured Jordan Henderson, and the England striker gave his side a 19th-minute lead at the Stadium of Light.

Dejan Lovren miscued his volley from a corner, but Sturridge reacted sharply to swivel and redirect the ball past Sunderland goalkeeper Vito Mannone with his head.

Defoe equalised six minutes later, netting his 10th league goal of the season from the penalty spot after Didier N’Dong was fouled by Ragnar Klavan.

Mane restored Liverpool’s lead in the 72nd minute, tapping in from a corner, but then conceded a penalty for a needless handball, allowing Defoe to equalise for the second time with six minutes to play.

“You need a little bit of luck, but Sunderland worked hard too and maybe they deserved it,” Klopp added.

Compounding Liverpool’s disappointment, Sturridge limped off late on and had to be helped to the tunnel at the full-time whistle.

Manchester United were given an early advantage at West Ham when Sofiane Feghouli was harshly sent off by referee Mike Dean in the 15th minute after a 50-50 with Phil Jones.

West Ham goalkeeper Darren Randolph produced a stunning save to claw Antonio Valencia’s shot off the line in the 36th minute, with Jesse Lingard’s follow-up hitting the post.

United manager Jose Mourinho sent on Mata and Marcus Rashford in the second half and they combined for the visitors’ 63rd-minute opener, Rashford teeing up Mata to sweep home.

Ibrahimovic smashed in his 18th United goal, despite being in an offside position, to seal a sixth straight league victory.

But Mourinho said: “I don’t feel sorry for West Ham. I didn’t watch the decisions. I think if you talk about decisions, we are the champions of bad decisions.”

Manchester City lost Fernandinho to a straight red card in the 32nd minute against Burnley for flying in on Johann Berg Gudmundsson with both feet off the ground.

It was the Brazil midfielder’s third red card in six games and will earn him a four-game ban.

City manager Pep Guardiola turned to his bench at half-time, sending on Sergio Aguero and David Silva, and within 17 minutes of kick-off in the second half City were 2-0 up.

A blunder by Claudio Bravo allowed Ben Mee to reduce the arrears following a goalmouth scramble, but City held on to climb back into the Champions League places.

“We won against a lot of circumstances in a tough game so we’re happy for that,” Guardiola said in a tetchy BBC interview.

Asked for his thoughts on Fernandinho’s dismissal, he replied: “Ask the referee.”

West Bromwich Albion remain a point below Everton in eighth after coming from behind to win 3-1 at home to second-bottom Hull City through goals from Chris Brunt, Gareth McAuley and James Morrison.

Champions Leicester City have now gone 12 league games without an away win following a drab 0-0 draw at Middlesbrough that left them six points above the relegation zone in 14th place. – Agence France-Presse