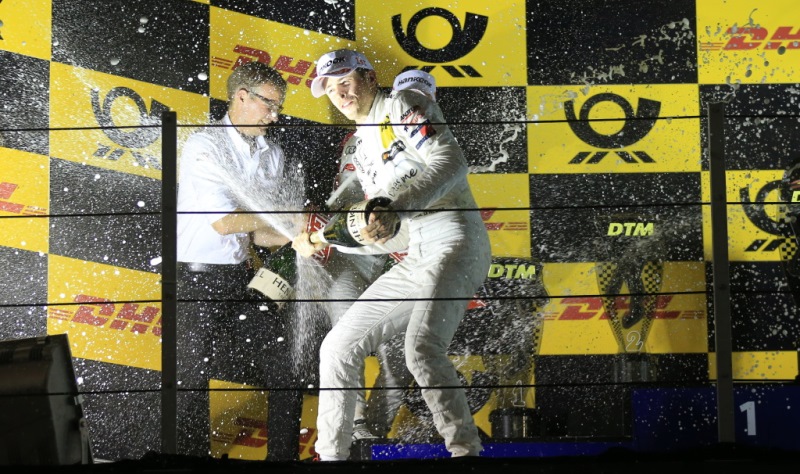 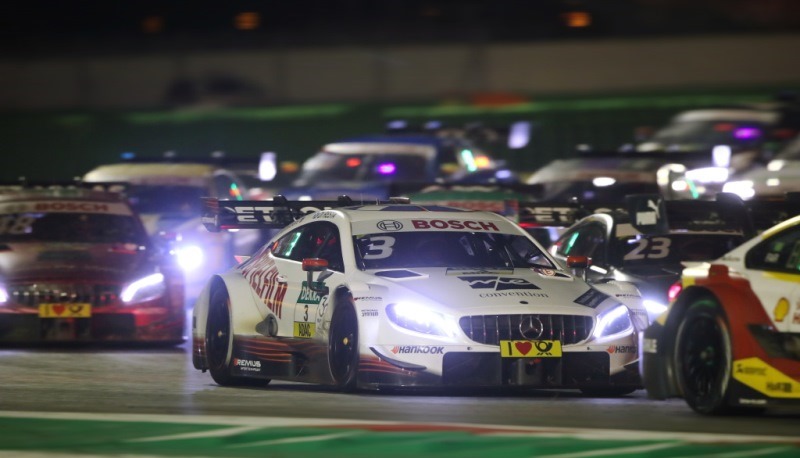 The team set a new record early on in qualifying by putting a Mercedes-AMG C 63 DTM in pole position in this 13th race of the season for the eleventh time this year. No other brand has ever taken more poles in a single DTM season than Mercedes-AMG. Until now, the record, set in the 1994 season, stood at ten poles (also achieved by the brand with the three-pointed star). In addition, for the ninth time in a row, a Mercedes-AMG Motorsport DTM driver, Paul Di Resta, started the race from pole, which is also a new record. At Misano, the Scot secured the team’s 137th DTM pole and their 190th victory in its 30-year history of contesting the DTM. After 13 races so far this season, Paul is the only driver in the field, who has taken points from every race apart from one.

Looking ahead to race 2: The 14th round of the 2018 DTM season starts on Sunday at 22:30 CEST (live on kabel eins at 22:15 CEST). Third practice will take place before that at 16:40 CEST followed by the second qualifying at 20:00 CEST. During each race weekend, we will provide live timing data, live commentary, fan voting and exclusive behind-the-scenes videos of the Mercedes-AMG Motorsport DTM Team on our website at: www.mercedes-amg-motorsport.com/dtm.

“This has been a perfect day for me. Obviously, I’m extremely happy about it. You really can’t ask for more. The championship is wide open, and ultimately it will be consistency that decides. Today, it was important for me to qualify on pole. But tomorrow is another day. Once again, my objective will be to secure pole and win the race. But that’s easier said than done in the DTM. Consequently, it will be important to maintain my run of points and podium finishes. That counts for a lot in the DTM.”

“That was a tough race for me. Unfortunately, we had some problems with the car, and it was by no means certain that I would finish the race at all. So in the circumstances, it was a good outcome. But unfortunately, there was the contact with Gary. I was caught in the middle, and there was no way I could prevent it. It was by no means ideal. That’s why I’m not completely satisfied with how today turned out, although a podium finish is a good result for me in my home race.”

“That was a mega charge through the field. After my first pit stop, I thought the race was over. We had been driving on wet tyres for a very long time and consequently pitted relatively late. So I was in last place after the stop. In the circumstances, I can be satisfied with finishing sixth. Even so, I have the feeling that more might have been possible today. For that reason, I’m happy on the one hand but disappointed on the other.”

“Sadly, it’s not been such a happy day for me. Unfortunately, I was unable to get a good lap together in qualifying. That’s why we took a risk at the start and went out on slicks. It was the right decision. I stormed into the lead at the start of the race and even led for a while. At that point, a Top Five result was on the cards – I had excellent pace. But then the safety car came out and ruined my race. I still managed to keep up with the lead group, but then I had a technical problem shortly before the end of the race and had to park the car. It was a shame, but now we need to look to tomorrow.”

“Qualifying and the first lap went quite well for me, but after that, things started to go wrong. I was unfortunately hit by another car, and that was the end of my race. I’m obviously disappointed, but there’s nothing I can do to change it. It’s just one of those things that you have to put behind you. Tomorrow is a new day, and we’ll see what it brings.”

“Conditions out there were tough today, and I ran wide briefly. I tried to get back on track as quickly as possible and then had a contact with Edo. Unfortunately, my steering got broken in the incident. That was obviously very disappointing for me.”

“Congratulations to Paul on taking his well deserved win! Conditions were extremely difficult today. It was still pretty wet for the start of the race, plus the darkness and a track where the guys have never raced before. We knew that a lot could happen under the circumstances. Sure, we’re really pleased about the win and Edo’ s podium but have mixed feelings following the race itself. We lost three cars, and Gary too, who was in an excellent position. Of course, it’s a real shame.”